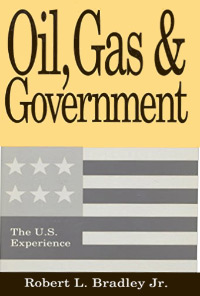 About fifteen years ago, when memory of the energy crises of the 1970s remained fresh in everyone’s mind and the inevitability of future energy crises was the unchallenged premise of public policy, I decided to write a book about the causes of and cures for chronic energy crises (Politics, Prices, and Petroleum: The Political Economy of Energy. San Francisco: Pacific Institute for Public Policy Research, 1985). My diagnosis was straight-forward: The energy crises sprang from the controls on energy prices that were the sole legacy of the comprehensive wage and price controls that Richard Nixon, in a display of towering cynicism, inflicted on the American economy in August 1971. Outflanking his Democratic opposition, he embraced the very “anti-inflation” policy of stopping inflation by outlawing price increases that the Democrats had proposed in the credulous belief that Nixon would never forsake his free-market principles, let alone renege on his solemn pledge never to impose wage and price controls.

Nixon got all he really wanted from his betrayal—a landslide electoral victory over a fractured opposition and a hapless opponent. The costs of that fateful decision were left for others to bear when the legal suppression of the price mechanism prevented a smooth adjustment to the very small supply disruptions associated with the so-called Arab oil embargo of 1973 to 1974 and, about five years later, with the fall of the Shah of Iran. The adjustments would have occurred automatically in a free market but, in its absence, horrific shortages of gasoline that traumatized the entire country inevitably resulted. As Nixon himself later admitted in his memoirs, his U-turn was prompted entirely by political, not economic, motives. If a group of oil executives had ever hatched a conspiracy for their own benefit with the total disregard for the public interest displayed by Nixon and his co-conspirators, among whom it is depressing to recall were such eminent economists as Arthur Burns and Herbert Stein, they would have been lucky to escape with their heads. Although Nixon did leave office in richly deserved disgrace, neither he nor his collaborators were ever called to account for their crime of 1971.

Despite the actions of the Nixon administration and its immediate successors, the republic somehow survived the misbegotten system of price controls on oil and refined products until 1981, when Ronald Reagan finally terminated them amid a chorus of critics predicting that the sky would fall. Except when oil prices were rising so rapidly that regulatory ceilings could not keep pace with them, those ceilings were not binding at the margin. Except during such periods, it was always possible and profitable, at the margin, to obtain crude oil or refined products from uncontrolled sources, mainly imports. And except for the relatively brief periods when controls were wreaking havoc on the country, the chief effect of controls was not to hold down prices to consumers but to transfer wealth from the unlucky suppliers who could not circumvent the controls to intermediate purchasers who could finagle the system in order to resell products at or near the market-clearing price.

The susceptibility of the system to such abuses was fortunate because without the abuses the controls would have wrought even greater havoc. Which is not to say that the controls were costless when they were not binding. Far from it. By creating a huge regulatory windfall that practically everyone in the oil industry was competing mightily to get a piece of, they caused enormous distortions and waste. But compared to the chaos that resulted when price ceilings were binding at the margin, the waste caused by nonbinding controls was clearly of a second order of magnitude.

With the passage of time, the size of the wealth transfer effected by price controls eroded, and the gradual and very imperfect recognition that the controls were having undesirable effects helped to bring about their eventual termination. It would be gratifying, but not very realistic, to think that my book and others like it were responsible for this recognition. Nevertheless, when one recalls how in the 1970s and 1980s we were scolded incessantly for our wasteful use of energy when it was obvious to the enlightened that we were rapidly running out of oil, how we were subjected to the shrill demands of the best and the brightest for a comprehensive national energy policy to prevent a renewed energy crisis of which the shortages of 1973 to 1974 and 1979 were mere previews, and how we were told that the need for such a policy reflected the broader need for economic planning on a national, even international, scale, one becomes, perhaps, a shade less pessimistic about the possibility of bringing reason to bear on public policy-making.

By writing a truly encyclopedic work on the history of government policy toward crude oil, refined products, and natural gas, Robert D. Bradley has performed a public service of dimensions commensurate with the imposing size of his two-volume, 2,000-page book.

Although the outstanding quality of Bradley’s work is the author’s unparalleled knowledge and mastery of the institutional history of the oil and gas industry and of government intervention in the industry at both the federal and state levels—a knowledge he shares with admirable clarity and insight—it is ironic that the main criticism one can direct against him relates to his ideological a priori attachment to the belief that any form of government intervention in the market economy must always and everywhere be pernicious and counterproductive.

This view was first expounded systematically by the eminent Austrian economist Ludwig von Mises. Though it contains the powerful insight that interventions usually have unintended (and undesired) consequences that may lead to further interventions and further unintended consequences, and though many (including me) believe that it comes much closer to being right than wrong, not many would accept it in the categorical form in which Mises expounded it. Even one of Mises’s most devoted students and followers—and surely the greatest of them—F. A. Hayek, did not accept it categorically. It has, however, become a staple of the neo-Austrian school that Mises transplanted to American soil after World War II, of which Bradley is a dedicated adherent.

Despite its a priori character, advocates of this view often support it by offering empirical examples of interventions and regulations that produce effects unanticipated by their supporters. Bradley has an almost inexhaustible supply of such examples. But all examples can do is raise doubts about the balance of costs and benefits in each individual case; they can’t support the universal claim that Bradley and other neo-Austrians insist on. No universal a priori proposition about the costs and benefits of intervention can be inductively inferred from individual cases, however numerous, in which government intervention has been shown to be counterproductive.

Bradley gets into deep trouble particularly when arguing that antitrust laws are bad in principle and an illegitimate infringement on the market economy. It would be one thing to argue that in the past antitrust laws have done more harm than good, or even that in the future antitrust enforcement is likely to be harmful. But Bradley argues that it is wrong in principle for government to proscribe collusion between competitors. Why? Because collusion may help companies achieve certain efficiencies, such as better planning for future output, that could not be achieved otherwise. If such collusion were to harm consumers, the colluders would then have an incentive to cheat on their agreements, and newcomers would have an incentive to enter markets in which collusion was raising prices. Thus, the outcome that results by allowing collusion to take place is necessarily the most desirable.

Although Bradley asks us to consider the savings that might be made if firms were allowed to collude, he gives no consideration at all to the losses that would result if firms were allowed to make binding contracts with their competitors about what their future prices or output would be. We have little empirical basis for projecting how our economy would perform if such contracts were legal. Like most economists, I suspect it would not perform as well as it would if they were not legal. Bradley believes otherwise, but does not acknowledge that this question does not admit of an a priori answer.

This quest for philosophical closure and abstract certainty is not only quixotic but probably self-defeating, because it can be sustained only by retreating into a defensive anti-empirical posture that refuses to expose theoretical propositions to the risk of factual refutation. This sort of metaphysical approach to economic analysis is unlikely ever to be found either relevant or persuasive by more than a relative handful of true believers. Fortunately, in his monumental study of the regulation of the oil industry, Robert Bradley has not allowed the implicit anti-empirical bias of his ideological position to deter him from the tireless collection and presentation of factual evidence. His historical insights provide impressive and persuasive support to most, if not all, of his ideological and policy conclusions.

David Glasner
Washington, D.C.
EnergyEnergy and the EnvironmentEnvironmental Law and RegulationNatural Resources
Subscribe Buy This Issue Get the App