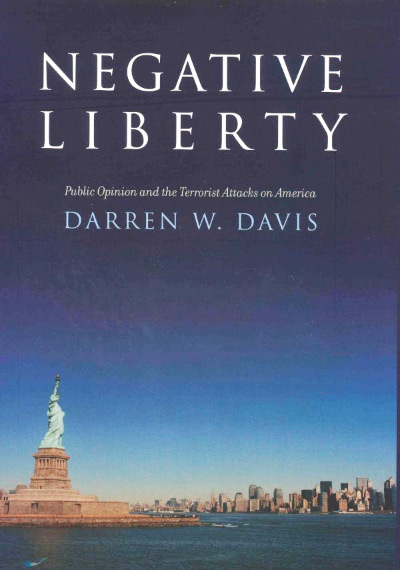 Wartime almost inevitably calls forth claims to restrict civil liberties in the name of ensuring national security. This theme was the centerpiece of Harold Lasswell’s classic 1941 article “The Garrison State” (reprinted in Jay Stanley, ed., Essays on the Garrison State [New Brunswick, N.J.: Transaction Books, 1997]) and later in the dramatic form of the never-ending war in George Orwell’s 1984. Now, more than seven years into what may be an endless war against terror, this trade-off remains a matter of great concern. Candidates and their surrogates deride one another for insufficient toughness on national security, and craven legislators fear to be labeled as “weak on terror.” Opportunistic administration figures seize a chance to increase their power, playing the terror card in ways that range from the ridiculous to the malign. (For the ridiculous, note the U.S. Department of Homeland Security’s insistence that state governments spend funds on preventing attack with Iraq-style improvised explosive devices, and the numerous examples given in John Mueller’s fine book Overblown: How Politicians and the Terrorism Industry Inflate National Security Threats, and Why We Believe Them [New York: Free Press, 2006].) Now, with Darren Davis’s book, we have not an essay or a novel, but a highly informative empirical analysis of how the American public has perceived this trade-off since 9/11.

Davis gives us a mass of empirical material: many national surveys of citizens’ attitudes in the aggregate over time; his own three-stage panel time-series analysis that enables him to track how each individual’s perceptions and preferences changed; and experiments in which he presents individuals with arguments and counterarguments to discover which ones are persuasive. These analyses of individual views are much more informative and persuasive than the aggregate trends on which popular commentary so often focuses. Davis’s prose is sometimes too much that of the academic political scientist as he reviews a great body of scholarly literature, but that quality should not deter the general reader, who will find much fascinating and perhaps unexpected material in the book.

Davis examines answers to a wide range of questions that evoke restrictions on particular civil rights. Some attitudes, such as those on racial profiling, criticism of U.S. policies, and suppression of nonviolent protest, are not closely related to one another. Other attitudes, such as those toward search and seizure, electronic surveillance, and detaining noncitizens, are closely related and form a reasonable composite scale. Most Americans’ attitudes are not extreme, but fall somewhere near the middle of this scale. Overall, the willingness to trade civil rights for greater security was not found to be related to people’s sense of threat to themselves as individuals, but rather to how severe they considered the “sociotropic” threat to the nation as a whole—a concern that can be interpreted as a form of patriotism. Willingness to make the trade-off was understandably greatest immediately following the 9/11 attack, but declined significantly by November 2004. So too had expressions of approval of the president. Even among Democrats, almost 90 percent approved the president’s actions in the fall of 2001, yet by March 2005 that approval had fallen to 20 percent among Democrats and to about 45 percent among independents.

One clear correlate of the trend is public trust in the government. Most readers will be aware of the sharp decline in public trust from the 1960s, but with a mild upswing in the 1980s and then a nadir in the mid-1990s. This trend then turned sharply upward, to more than 60 percent of the population expressing trust in their political authorities (the highest level since 1966) immediately after the 2001 terrorist attack. But the authorities quickly forfeited that trust, and the level fell back to about 30 percent by late 2004. The influence of declining trust on a growing concern to maintain civil liberties shows up more clearly in the analysis of individuals’ responses than it does in the aggregate trends. A sustained willingness to trade civil liberties for national security requires both a sense of threat and a readiness to trust the government. Also interesting is that the drop in trust did not coincide with any serious drop in expressions of patriotism, with 70 percent or more claiming to be “very proud” to be an American. Yet another aspect of the rapid shift in trust corresponds to the long well-known “rally ’round the flag” effect—namely, quick support of a president who takes military action in the name of national security, but then a steady decline in support over subsequent months and years.

The panel studies are especially illuminating on partisan and ideological alignments. In 2001, party identification had little effect on attitudes toward the security/ liberty trade-off. Both Republicans and Democrats expressed substantial support for civil liberties. However, conservative ideology, trust in the government, sense of sociotropic threat, and statements of patriotism all contributed to a willingness to trade some liberty for greater security. In the 2002 and 2003 panels, the effect of partisanship became much stronger, as Democrats declined in willingness to constrain civil liberties and as their trust in government fell even while the effects of patriotism and sociotropic threat remained fairly constant.

Among ethnic groups, expressions of support for democratic norms of civil liberty were consistently higher among blacks than among whites, and, not surprisingly, blacks also expressed less trust in the authorities. Some of the most interesting analyses in the book pertain to the corrosive growth of negative attitudes toward ethnic minorities and other designated “out-groups.” Whites, blacks, and Latinos have warmest feelings toward their own group. They all agree in rating Christian fundamentalists about in the middle of the scale (between positive and negative), Arabs a little lower into the negative half of the scale, and Islamic fundamentalists at the bottom. Furthermore, a high sense of sociotropic threat strengthens negative perceptions of particular out-groups. Whites who perceive a strong threat generally feel less positive toward Latinos (a threat from immigration?), but are not more negative toward Arabs and Islamic fundamentalists. Blacks—perhaps owing to some familiarity with Islam—were somewhat less negative toward both Arabs and Islamic fundamentalists than were whites and Latinos, but a sense of sociotropic threat increased their negativity toward the fundamentalists. Among both blacks and Latinos, a high sense of threat was associated with stronger negative feelings toward Arabs. These relationships are part of very complex patterns that are given more detailed attention than I can summarize here. Nevertheless, it is clear that high feelings of threat translated into some negative views among all American ethnic groups.

Overall, this good book conveys valuable information about three basic points: (1) the politicization of fear carries over into intolerance directed toward minority groups and noncitizens; (2) Americans will rally together against an external threat, with a willingness to sacrifice some liberty in the name of security; and (3) Americans’ continued willingness to make that sacrifice, however, depends on a continued trust in their government, but as that trust declines, concern for civil liberties grows and becomes more politically respectable.

I would add that any claim of the necessity of a trade-off between liberty and security should be questioned. Temporary losses of liberty often become permanent. The Cost of Counterterrorism: Power, Politics, and Liberty [New York: Cambridge University Press, 2008].)