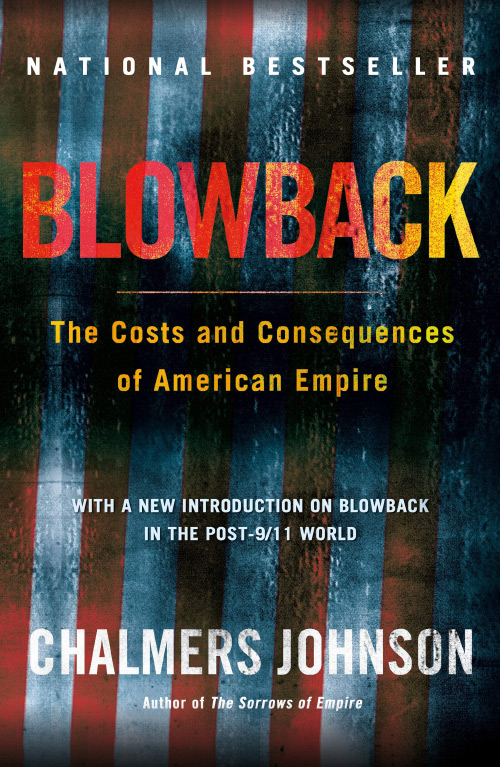 The United States is a unique imperial power. In what columnist Charles Krauthammer calls the “unipolar moment,” this country stands as an international colossus. After the collapse of the Soviet Union, it dominates the world in a manner not seen for least 150 years, and perhaps much longer.

Although Great Britain once had global reach, with its dominant navy and far-flung imperial possessions, it alone could not impose its will on its most important international competitors—the United States, France, Germany, Japan, and Russia. Eventually, and predictably, it was eclipsed by several of them.

In contrast, the United States possesses not only the ability to intervene everywhere, but the ability to defeat any adversary. Russia is a wreck. Japan has minuscule international influence compared to its economic strength. China is a rising power, but it remains a military pygmy. Even western Europe, an international aggregation whose population and economy exceed those of the United States, has only 10 to 15 percent of America’s combat capability. With varying amounts of effort, the United States could defeat any (and probably all) of those great countries if it chose to do so. Still, all is not well.

Not that U.S. officials have noticed. Members of America’s foreign-policy elite apparently see themselves as the anointed spokesmen for the “international community,” whatever that is. No matter what they do, they act as if they are implementing justice and truth, if not the American Way. Alas, many people on the receiving end of U.S. policy have a different perception.

America is an empire. As Chalmers Johnson puts it in his new book Blowback, “Perhaps the Romans did not find it strange to have her troops in Gaul, nor the British in South Africa” (p. 4). But such foreign commitments were considered alien to America throughout most of its history. That tradition was abandoned during the Cold War, but only for compelling reasons. Now the Cold War is over, and, observes Johnson,

the one subject beyond discussion... is the fact that, a decade after the end of the Cold War, hundreds of thousands of American troops, supplied with the world’s most advanced weaponry, sometimes including nuclear arms, are stationed on over sixty-one base complexes in nineteen countries worldwide, using the Department of Defense’s narrowest definition of a “major installation”; if one included every kind of installation that houses representatives of the American military, the number would rise to over eight hundred. (p. 4)

Unfortunately, the cost of this policy is high, despite U.S. policymakers’ denials. As Johnson writes, “For any empire, including an unacknowledged one, there is a kind of balance sheet that builds up over time” (p. 5).

Among the costs is what he terms blowback—“the unintended consequences of policies” (p. 8). One obvious form of blowback is terrorism. Johnson points to the 1988 Pan Am bombing over Lockerbie, Scotland, which was probably retaliation for the attack on Libya two years before, and to the bombing of New York’s World Trade Center and the attacks on U.S. facilities in Africa and the Mideast. And such attacks continue: the attack on the USS Cole in Aden, Yemen, last fall was likely a response to Washington’s attempt to extend its reach to even that distant nation by establishing intelligence facilities.

Johnson’s discussion of terrorism should be required reading for every foreign-policy official in the new administration. Terrorism rarely occurs in an international vacuum. For the most part, foreign countries and gangs do not kill Americans for pleasure. Rather, they do so to wage what they view as war.

Writing of Osama bin Laden, Johnson notes that he “only turned against the United States in 1991 because he regarded the stationing of American troops in his native Saudi Arabia during and after the Persian Gulf War as a violation of his religious beliefs. Thus, the attacks on our embassies in Africa, if they were indeed his work, are an instance of blowback rather than unprovoked terrorism” (pp. 10–11). The solution, then, is not to strike out blindly with military strikes. As Johnson notes, “Instead of bombing sites in Sudan and Afghanistan in response, the United States might better have considered reducing or removing our large-scale and provocative military presence in Saudi Arabia” (p. 11).

Blowback is not limited to terrorism. Potentially more dangerous in the long term is the growing international perception of U.S. arrogance. One can quibble with some of Johnson’s arguments—for example, that in 1997 in East Asia the International Monetary Fund acted in ways similar to the Soviets’ actions in eastern Europe after World War II—but his examples of American arrogance and foolishness should cause any patriot to squirm.

There’s Okinawa, for instance, which bears the brunt of U.S. military deployments in Japan. U.S. forces occupy one-fifth of the island and commit more than their share of crime. After a 1995 rape, the U.S. Pacific commander complained that the three Marines could have hired a prostitute for what they spent to rent their car. Observes Johnson: “Okinawa is still essentially a military colony of the Pentagon’s, a huge safe house where Green Berets and the Defense Intelligence Agency, not to mention the Air Force and Marine Corps, can do things they would not dare do in the United States. It is used to project American power throughout Asia in the service of a de facto U.S. grand strategy to perpetuate or increase American hegemonic power in this crucial region” (64).

America’s half-century occupation of South Korea turned Washington into an accomplice of a series of civilian and military dictators. Johnson details U.S. complicity in the brutal suppression of protests in the city of Kwangju. He complains that “most Americans remain in the dark about what happened at Kwangju or the American role in it. They know much more about the Chinese government’s violent clearing of protestors from Beijing’s Tiananmen Square in 1989 than they do about their own government’s cover-up of the costs of military rule in South Korea” (p. 118).

Johnson exhibits particular prescience in his discussion of North Korea. It is an ugly regime, of course, but as he points out, “American policy on nuclear nonproliferation has long been filled with obvious contradictions, and the officials in charge of the Korean branch, through overreaction and an almost total ignorance of their adversary, played right into the North’s hands” (p. 122). He suggests cultivating Pyongyang—a policy the Clinton administration seemed belatedly to adopt last fall.

He is similarly critical of U.S. policy toward China. In the long term, there may be no more important relationship than that between Washington and Beijing. China has the world’s largest population and may eventually create the world’s largest economy. As a result, it is the one obvious potential peer competitor of America. That possibility has led some conservatives to advocate military containment of Beijing. But China remains poor, and, as Johnson points out, “there are many factors that could derail China’s emergence as a major power” (p. 151). Its assertiveness in the South China Sea, for example, is worrisome but not, so far, threatening. Writes Johnson, “China’s island policies certainly reflect the force of its new nationalism and its commitment to defend all claims to Chinese territory as a way of dramatizing its previous humiliations at the hands of imperialist powers” (p. 163). He predicts that problems created by Chinese assertiveness will be solved through negotiation with the interested Southeast Asian countries. Treating Beijing as an enemy, in contrast, increases the likelihood that it will become one.

Unfortunately, Johnson’s security realism is accompanied by economic nationalism. He views managed trade as the best mechanism to deal with China. He also advocates a more restrictive trade policy toward Japan.

Nevertheless, Johnson has gotten the most important issues right. The United States is an empire maintained at high cost to people at home and abroad. Those costs should be manifest to all, yet they do not seem to be apparent to those who formulate U.S. foreign policy. “Even when our country’s actions have led to disaster, we assume that the motives behind them were honorable,” writes Johnson (p. 217). Indeed, most Americans are simply oblivious:

What we have freed ourselves of, however, is any genuine consciousness of how we might look to others on this globe. Most Americans are probably unaware of how Washington exercises its global hegemony, since so much of this activity takes place either in relative secrecy or under comforting rubrics. Many may, as a start, find it hard to believe that our place in the world even adds up to an empire. But only when we come to see our country as both profiting from and trapped within the structures of an empire of its own making will it be possible for us to explain many elements of the world that otherwise perplex us. (p. 7)

Johnson prescribes a more rational and humble policy: military withdrawal from South Korea, diplomatic engagement with North Korea, adjustment to China’s growing power, and less military involvement elsewhere, among other things. He would “reemphasize the ‘defense’ in the Department of Defense and make its name fit its mission,” and instead have the United States “lead through diplomacy and example”—both shocking concepts in America today (pp. 228–29).

If Washington does not adjust its policies, he warns, America’s victory in the Cold War may eventually prove hollow . The seventeen sailors killed onboard the USS Cole were merely the latest victims of blowback. Without foreign-policy changes in Washington, there are likely to be many, many more.