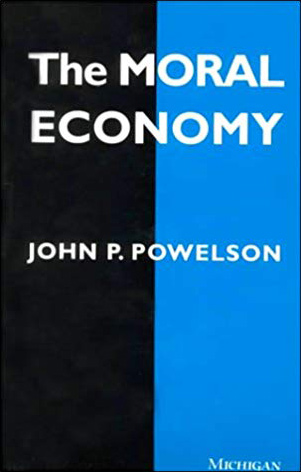 The life of an economist living in Seattle in the autumn of 1999 was an interesting one. The scheduled meeting of the World Trade Organization (WTO) at the end of November had galvanized anti-market groups throughout the world. In the months preceding the WTO gathering, the local media reported regularly on the plans and pronouncements of activists who would be assembling in Seattle to publicize their discontents.

It soon became apparent that for the activists, with the exception of labor union members, most of whom had a much more limited agenda, the WTO was the occasion and not the central issue. The great majority of the protesters wanted to abolish a global system that they claimed was responsible for most of the evils in the modern world: layoffs and declining wages in the United States, poverty and exploitation in developing countries, worldwide environmental degradation, glaring and increasing inequalities everywhere, and even the population explosion. Their basic agenda is stated in the full title of a 550-page collection of forty-three essays edited by Jerry Mander and Edward Goldsmith and first published in 1996, with contributions from all the leading figures in the movement: The Case Against the Global Economy: And for a Turn toward the Local (San Francisco: Sierra Club Books). The global economy is not, in their view, the evolved product of millions or even billions of people pursuing their interests, but rather the designed product of a small set of powerful corporations. The bible of the protesters is a book by David C. Korten, first published in 1995: When Corporations Rule the World (West Hartford, Conn.: Kumarian Press; San Francisco: Berrett-Koehler). The “when” of the title refers not to some future time but to the present.

John Powelson also cares deeply about the power that some people are able to exercise over others and about every one of the problems that so disturb the enemies of the WTO. Like David Korten, he has spent considerable time in poor nations, and, also like Korten, he gives evidence of genuine compassion for the disadvantaged. But his diagnoses and prescriptions are about as far as they could possibly be from the diagnoses and prescriptions of Korten and most of the writers represented in The Case Against the Global Economy. Powelson and Korten seem to be talking about two different worlds. How could this divergence have arisen? How can intelligent and informed people with almost identical concerns construct such contradictory recommendations for a world they have in common? Let me suggest the answer. Powelson, professor emeritus of economics at the University of Colorado, understands and employs the perspective of economic theory. Korten, on the other hand, tells us in the prologue to his book, in a section titled “Disclosure Statement”: “I first encountered economics in college when I chose it as my undergraduate major. I soon found it mechanistic, boring, and detached from reality, so I switched to the study of human behavior and organization.”

Economics is “mechanistic, boring, and detached from reality” in the treatment it receives from many of those who teach it in our colleges and universities. That pedagogical malpractice is a tragedy, because it has contributed significantly to a vast outpouring of publications, demonstrations, and passionate protests by people who do not understand the forces that shape the world in which they live and who are consequently demanding radical reforms that have no chance of being implemented successfully and that would produce a host of highly undesirable consequences if they were implemented. A single good course in economics would make almost any attentive and thoughtful student aware of serious flaws in the arguments put forward by Korten and his allies. But bad courses--those that are “mechanistic, boring, and detached from reality”—repel serious students and allow perpetuation of the myth that “neoclassical economics” rules the economics profession and that it proclaims the inviolable perfection of market outcomes by arbitrarily adopting assumptions that yield this conclusion. The economics and economists that enemies of globalization repudiate are straw men; but the critics have gathered material from which to construct those straw men from many of the actual if unfortunate practices in which economists engage.

“In a moral economy, with today’s technology,” Powelson begins his book, “no one should be poor.” Because Powelson wanted to know why most of the world’s people were nonetheless poor, he began about a quarter century ago “to read voraciously in histories all over the world” (p. ix). In 1994 the culmination of his reading, reflection, and analysis was published as Centuries of Economic Endeavor: Parallel Paths in Japan and Europe and Their Contrast with the Third World (Ann Arbor: University of Michigan Press). In The Moral Economy, he now attempts to describe the world of the future on the assumption that the most enduring trends observed in the past will continue. It is an optimistic book, because the trends he perceives can lead eventually to a world in which moral behavior will become routine in the sphere of economic activity, as people find it in their own interest to behave morally. Economic and political power will be diffused so that no person or group, including the government, is able to dominate others. Those who wish to contravene the rules will be disciplined by the market. “The moral economy,” Powelson writes, “captures the benefits of technological invention through classic liberalism while using sidewise checks and balances to prevent environmental damage, ethnic and gender bias, and distorted distributions of wealth. . . . In the moral economy, governments facilitate but rarely mandate” (p. 19).

What rescues this book from utopianism is Powelson’s willingness to wait for the evolution of the requisite institutions and values plus his careful attention to detail in describing the course this evolution might take. The Moral Economy is not an exercise in long-run forecasting so much as a manual for those who want to help guide an evoution that will not occur blindly, but rather purposefully, as consensus emerges on both our goals and the means of achieving those goals.

Balance of power is the key to the moral economy, and the book abounds with suggestions about how the power of some to dominate others can be constrained. Powelson rejects libertarianism, because it has no role whatsoever for government, in favor of classic liberalism. This orientation manifests itself throughout the book in his concern for the freedom of individuals to make their own choices, under the constraint of rules in whose making they have participated, and in his high regard for the capacity of markets to constrain power while coordinating diverse projects. These elements are strikingly absent from the analyses and prescriptions of the foes of globalization.

The book is rich in insights, instructive examples, and practical proposals. The preface mentions the many dialogues—with neighbors in Boulder, economists, professionals in other disciplines, family members, and anonymous reviewers—from which the book eventually emerged. The final product shows the traces of much discussion, which is all to the good.

The substantive part of the book begins with an instructive chapter on “Power and the Market,” in which Powelson introduces the useful notion of “vicarious power.” This is the power citizens want to exercise through government over the decisions of other citizens simply because they believe there is one right way, their way, to deal with such matters as education, health care, or making provisions for retirement. Next come chapters that examine the sources and potential remedies for poverty, environmental degradation, excessive population growth, and gender and ethnic bias, along with proposals for improved provision of welfare, retirement income, and health care.

Subsequent chapters pertain to how we establish accountability, the role of trust in economic systems, management practices under different sets of incentives, the nature and importance of property rights, the operation and control of monetary systems, the proper roles of law and regulation, the causes and cures of corruption, appropriate principles of taxation, the large topics of education and religion, and the evolution of a shared sense of morality that would be an essential underpinning for a globalized moral economy.

A short account of his experiences in Ukraine precedes the concluding chapter, in which Powelson tries to summarize the argument, predict the future, and deal with events unfolding in the world even as the book was going to press. It is not a wholly successful chapter, because it tries to do too much. But in the course of making the attempt Powelson exemplifies the openness and readiness for dialogue that he expects will become more prominent in the moral economy of the future.

The interlude in Ukraine describes a session the author had in 1996 with forty provincial planning directors. It illustrates clearly the difference that perspective makes. And that brings this review back to the topic with which it began. The passionate foes of the WTO see globalization as a process that is destroying the earth, perpetrating vast injustices, and being imposed by a small circle of powerful corporate leaders. Powelson sees globalization as a process that offers a prospect of ending poverty, correcting injustice, and halting environmental degradation. He sees it emerging slowly from the evolution of a higher morality along with expanded understanding of the institutions that can control power and facilitate tolerance and cooperation.

I doubt that many of those for whom David Korten’s book is authoritative could be persuaded to read John Powelson’s. Moral concerns about politics and economics seem for many people to override completely any obligation to pay attention to the arguments of those who disagree. The Moral Economy exemplifies a rare thing: a book by an author deeply concerned about establishing a moral economy who tries to look at the evidence and to pay attention to all viewpoints. It deserves a much wider readership than it is likely to receive. I wish it could find at least an equal place with When Corporations Rule the World on the reading list of the religious leaders who decided to join the Seattle demonstrations on behalf of God.

Paul Heyne
University of Washington
Economic History and DevelopmentEconomic PolicyEconomyFreedomNationalismPhilosophy and ReligionSocialism, Communism, and Collectivism
Subscribe Buy This Issue Get the App