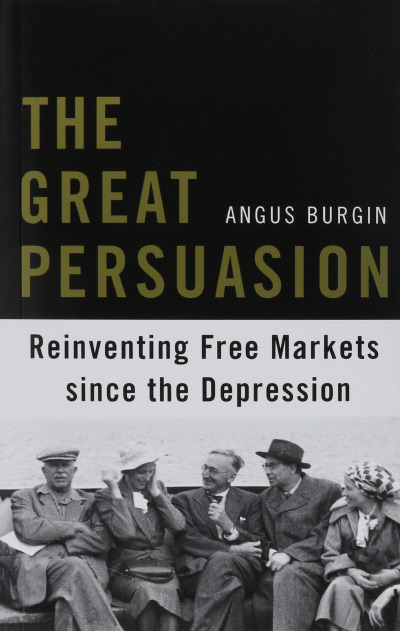 At the beginning of September 1958, as a graduate student I attended the first U.S. meeting of the Mont Pelerin Society (MPS). This general meeting was held at the graduate school of Princeton University. After informal introductions during the first reception, the chairman of the organizing committee, Jasper Crane, the vice president of the DuPont Corporation, and his wife invited me, as the youngest attendee, to sit across the table from them at the opening dinner. The Cranes were anxious that I be part of the meeting from the beginning. Their actions reflected the kindness and friendliness that characterizes MPS meetings. Through economists such as F. A. Harper at the Foundation for Economic Education, I had been auditing Ludwig von Mises seminar at New York University and had attended lectures by F. A. Hayek given in honor of Mises. In June 1959, I participated in a political economy seminar at the University of North Carolina–Chapel Hill that featured Hayek lecturing from the manuscript of the forthcoming Constitution of Liberty, U.S. economic historian Harrel DeGraff, labor economist Greg Lewis of the University of Chicago, and James Buchanan of the University of Virginia. In 1960, I received a postdoctoral fellowship in European economic history at New York University that included sets of lectures by, among others, Mises, Hayek, Milton Friedman, Earl Hamilton, and Howard Adelson. I also attended a series of monetary lectures by Friedman at Fordham University and later when he was visiting Columbia University.

In The Great Persuasion, Angus Burgin wishes to present a contrast between the first MPS meeting and members and its later meetings and members. He attributes a later narrowing focus of the MPS to Friedman’s role in the society. As an eyewitness to the MPS’s early years, I am disappointed with Burgin’s account of its role in transforming public discourse about the significance of markets in society. My understanding of this role—developed in response to meeting, hearing, and discussing the ideas of classical liberalism with Mises, Hayek, Friedman, and others—is significantly different than the author’s, which relies only on their written expressions.

Burgin begins a decade before the formal organization of the MPS. In 1937, the leading American political analyst, Walter Lippmann, published An Inquiry into the Principles of the Good Society, in which he challenged the bases of the New Deal. Lippmann referred to Mises’s and Hayek’s analyses critical of collectivism. A meeting, the “Colloque Walter Lippmann,” was held in Paris in August 1938. Participants included Raymond Aron, Lippmann, Hayek, Mises, Michael Polanyi, Wilhelm Roepke, Alexander Rustow, and Jacques Rueff. Their common purpose was to challenge socialism and to defend liberty, but there was confusion as to what characterized the liberalism they defended. Hayek noted that the core participants represented those who followed in Mises’s footsteps, such as himself, Edwin Cannan at the London School of Economics, and Lionel Robbins. They understood that the crisis of the 1930s was due to the credit expansion by central banks during the 1920s. But others were confused as to whether the crisis was due to internal inconsistencies in capitalist economies. Unfortunately, Burgin focuses on those who were confused.

Next Burgin recounts how Robbins built on Canaan’s original leadership to create a major economics department at the London School of Economics. Hayek was appointed a professor in the early 1930s, joining Robbins and Arnold Plant there. Similarly, Roepke, Mises, and William Rappard formed a center at the Graduate Institute of International Studies in Geneva. As additional background to the original May 1947 MPS meeting, Burgin also recounts the development of the University of Chicago Economics Department, especially the roles played by Frank Knight, Henry Simons, and Aaron Director (Friedman’s brother-in-law). They faced opposition in the department and in the profession. Burgin neglects the centrality to Knight and the others of opposition to the dominant institutional school of economics, an opposition they shared with Mises’s students. Mises wrote to Hayek that “Veblen–Hansen ideology dominates public opinion in this country” (p. 80).

The great attempt to persuade the public to listen to these intellectuals’ ideas (called “the Great Persuasion”) really got rolling when, after many publishers’ rejections, Aaron Director convinced the University of Chicago Press to publish the U.S. edition of Hayek’s The Road to Serfdom (1944). The book’s immediate popularity led to invitations to Hayek to travel to the United States on a lecture tour. At that time, the University of Chicago Law Review published Hayek’s essay “The Intellectuals and Socialism,” in which Hayek set forth the strategy to change public opinion. In April 1945, the Reader’s Digest published a condensation of The Road to Serfdom in both magazine and book format, thus reaching millions of readers. In 1946, Leonard Read and F. A. Harper started the Foundation for Economic Education (several foundation economists attended the first MPS meeting in May 1947). A positive development was the Republican success in the November 1946 elections to the U.S. Senate and House of Representatives, reflecting the public’s disenchantment with continued controls on the U.S. economy after the end of World War II.

Although Burgin notes Director’s important influence on Friedman and other Chicago economists, he devotes surprisingly little space to Director’s thinking. In 1946, Director became the first economist on a law school faculty (at Chicago) and from his law and economics seminars developed the Journal of Law and Economics. Burgin’s lack of interest in Director’s contributions may be due to Director’s remaining consistent in his liberalism, whereas others’ liberalism emerged after a period of searching. Whether Friedman should be placed in the latter category, as Burgin does, may be contradicted by Burgin’s reference to Friedman’s “highly critical 1946 review of Oskar Lange’s Price Flexibility and Employment” (p. 159). Lange had taught at Chicago but returned to Communist Poland to head the planning board.

Director attended the first MPS meeting in Switzerland along with Friedman, Knight, and George Stigler. Burgin fails to mention other notable persons attending the May 1947 meeting, including Henry Hazlitt and Felix Morley, former president of Haverford College. Burgin attributes to this first meeting Friedman’s desire to reach a larger readership, as exemplified by his book Capitalism and Freedom (1962), and his examination of the influence of Albert Venn Dicey’s Lectures on the Relation between Law and Public Opinion (1905) on Friedman’s thinking is valuable. For Friedman, says Burgin, Dicey’s book was “one of a small collection of texts that had played a formative role in the development of his approach to social policy. He read Dicey as a how-to manual for the practice of generating ideological change, and extensively appropriated the lectures’ analysis in explanation of his intended political role.” It was necessary to present challenging ideas until a crisis or circumstances made change necessary. Friedman’s role was “to develop alternatives to existing policies, to keep them alive and available until the politically impossible becomes politically inevitable” (pp. 218–21).

Burgin feels that there was a move away from the interdisciplinary nature of the first MPS meeting. To the extent that may be true, he neglects to mention broader MPS sessions, such as the one that produced the papers contained in the volume Capitalism and the Historians (1954) edited by Hayek. Similarly, Hayek had drawn from such sessions the important themes on scientism and positivism in The Counterrevolution of Science (1952).

Burgin’s concentration on the 1930s and 1940s, when future MPS members were searching for a coherent philosophy, regrettably does not contribute to understanding the “Great Persuasion.” He presumes rather than explicates the classical liberalism that gained a central importance after the first MPS meeting in 1947. Ultimately, he seems disappointed that the MPS members gained a coherent sense of the market economy and the free society.
Leonard Liggio
Atlas Economic Research Foundation
American HistoryEconomic History and DevelopmentEconomyFree Market EconomicsGovernment and PoliticsLaw and LibertyPolitical Theory
Subscribe Buy This Issue Get the App