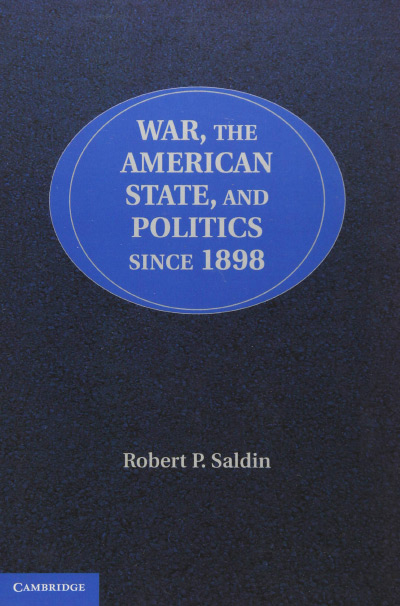 In his book The Rise and Decline of Nations (New Haven, Conn.: Yale University Press, 1982), Mancur Olson wrote: “The evidence that has already been presented is sufficient to provoke some readers to ask rhetorically what the policy implications of the argument might be and to answer that a country ought to seek a revolution, or even provoke a war in which it would be defeated. Of course, this policy recommendation makes no more (or less) sense that the suggestion that one ought to welcome pestilence as a cure for overpopulation” (p. 87). Most of Olson’s book has to do with war, the consequences of war, and the consequences of the absence of war. He tried to capture the confusion we have about war in a way that made analysis easier and conclusions attainable.

Is war good? War is clearly not always good. So, is war bad? The question is complex because war has both domestic and international political objectives. The 1997 movie Wag the Dog is a fictional treatment of the domestic consequences of war. An excerpt of dialogue captures some of these consequences:

Fiction is sometimes perceptive. Only six years after Wag the Dog appeared in cinemas, the United States attacked Iraq. As U.S. soldiers bombarded Baghdad, American citizens canonized the president, elevating his approval ratings tomore than 80 percent. The economy expanded rapidly, and unemployment fell from a high of 6 percent in 2003 to a low of 4.6 percent in 2006. We have seen war, and it is good.

Or was it? Even if geopolitical objectives justified the war, the economic costs and benefits might be difficult to measure. As Robert Higgs has argued (“Wartime Prosperity? A Reassessment of the U.S. Economy in the 1940s,” Journal of Economic History 52 [March 1992]: 41–60) , we have two very good reasons to doubt claims about wartime “prosperity.” The first is that even though diverting our young adult population into military service is in fact a waste of resources, this diversion will show up as a misleading reduction in the measured unemployment rate.

The second reason to doubt the “prosperity” of war pertains to what is being produced. If a crime wave made us buy better locks and alarm systems, the increased “production” of these goods would only preserve, not improve, anyone’s material status. War is essentially an even bigger crime wave. Each tank displaces one thousand refrigerators or fifteen hundred iPads. Military production adds nothing consumers can use and adds nothing to the true capital stock of the nation. A proper accounting of gross domestic product would classify military outputs as intermediate goods—at best necessary to protect us and what we already have—not as final goods, which can be consumed immediately or can help us produce more consumer goods in the future.

In his new book War, the American State, and Politics since 1898, Robert P. Saldin examines the major international conflicts in which the United States was involved from the Spanish-American War through the end of the Vietnam War. He ends with a brief discussion of the war on terror, but his main emphasis is on the domestic consequences of U.S. foreign policy from 1898 through 1975. Saldin’s premise is a sound one: analysts tend to ignore or give short shrift to war’s domestic causes and consequences. Wars are not fought solely for balance-of-power or grandstrategy reasons, nor are they fought solely for domestic Wag the Dog reasons. The premise of Saldin’s War is that more nuance is possible and useful. International politics are not always “side issues”: “international influences might [sometimes] alter or upset domestic politics in a meaningful and lasting manner” (p. 3).

The author addresses the American Political Development (APD) tradition. As he notes, APD is in part a reaction to rational-choice theories with unitary actor assumptions. APD substitutes both historical context and archival analysis of the conflicts that appear to have contributed to creating particular outcomes and patterns of events. Saldin’s review of APD scholarship is useful, especially for readers who may not have encountered the approach previously.

One key feature of APD scholarship has been its focus on the rise and fall of regimes in American politics. The regime eras can be characterized as the Jeffersonian era, the Jacksonian era, the Civil War and Reconstruction, and so on. Different scholars have examined different components of these systems as being the key concept, with the power of the presidency, dominant ideological views, or economic circumstances vying for pride of central place. As a side note, I should point out that this “rise and fall” conception, coupled with a focus on the importance of war, did not jog Saldin’s memory into adding a citation to Olson’s 1982 book. Indeed, he completely ignores Olson’s work. As the quotation at the outset of this review makes clear, however, Olson’s book might have contributed significantly to the analysis had Saldin not constrained his work so self-consciously to APD and a few economic historians.

The omission is forgivable, however, because Saldin does offer a coherent approach to encompassing both domestic partisan movements and international events. He builds on David Mayhew’s rather controversial book Electoral Realignments (New Haven, Conn.: Yale University Press, 1994) in arguing that the simple Americentric realignment approach to understanding the moving parts of American political history is inadequate. And he follows Mayhew again in suggesting that three other sources of dynamic change should be incorporated: bellicosity, race, and economic growth. Mayhew argues that the political parties’ positions on these issues, compared at once to the public mood and to the status quo at home and abroad, supply the animating forces that shape American political history.

Saldin focuses persuasively on the “bellicosity” aspect of Mayhew’s threepronged approach as the one least understood and least studied. And the accounts of each of the war regimes (Saldin comes close to substituting “war regimes” for “party regimes” as the bare-bones organizing principle for APD) are interesting. However, the book reads like a dissertation, with more than half of many pages being given over to footnotes—among which, for example, Thucydides appears next to Skowronek next to Locke next to Hacker.

The book fortunately does reach some conclusions that are more social scientific than literary. I do the author some disservice by summarizing them, but the space constraints here demand such concision. Saldin claims that incorporating bellicosity into APD scholars’ toolkit will shed light on three kinds of change:

The book ultimately succeeds, at least on its own terms. The APD literature on party realignment in America indeed has “tunnel vision,” as Saldin points out. But an honest reviewer is obliged to ask why he set so circumscribed and restricted a target. Other works, such as Mancur Olson’s The Rise and Decline of Nations and Robert Higgs’s Crisis and Leviathan: Critical Episodes in the Growth of American Government (New York: Oxford University Press, 1987), make war at least a central and perhaps the primary prime mover in political history. Saldin makes brief mention of Higgs’s 1987 book but dismisses it by saying that “there is much more to this story” (p. 11).

He may be right, of course, but it would have been interesting to try to differentiate Higgs’s theory—which proceeds as if different categories of “crisis” (war, depression, civil unrest) can be grouped together—from Saldin’s view, which appears to be that wars are unique and primary. Otherwise, it is not clear that replacing a scholarly tunnel vision on party system with a scholarly tunnel vision on war moves us forward very far.