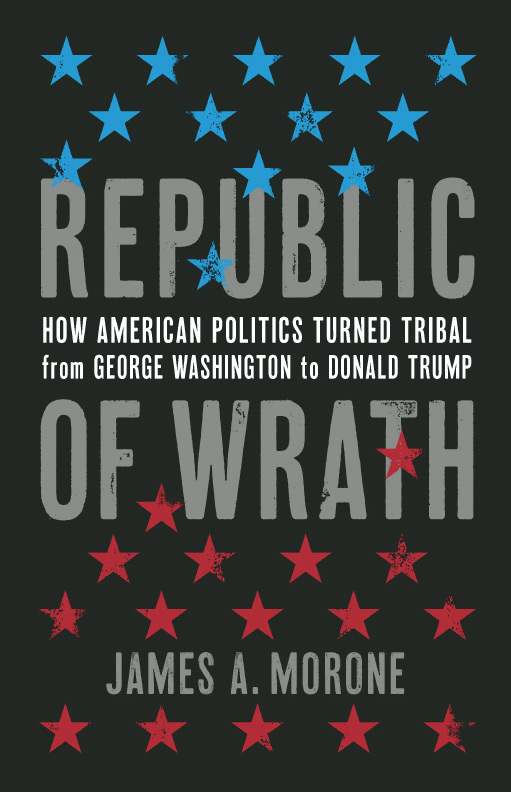 Republic of Wrath
How American Politics Turned Tribal, from George Washington to Donald Trump
By James A. Morone
Kindle Hardcover 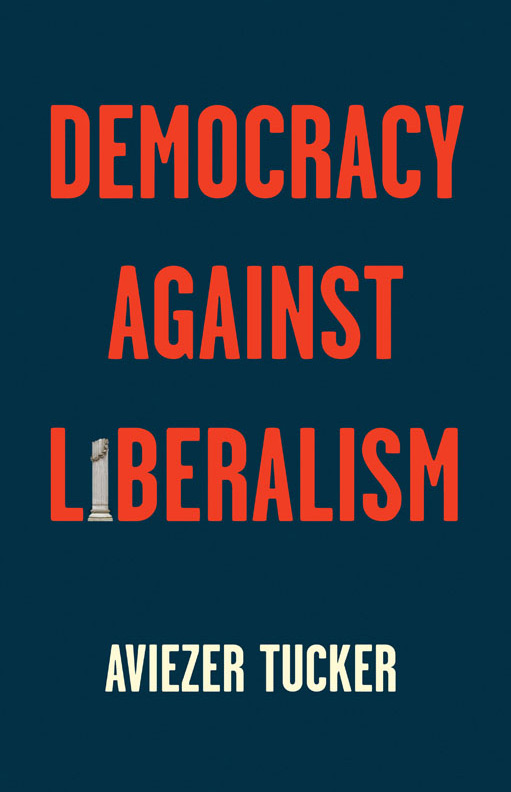 Democracy against Liberalism
Its Rise and Fall
By Aviezer Tucker
Kindle Hardcover Paperback
Reviewed By Michael C. Munger
This book review is a web exclusive for the Summer 2021 issue of The Independent Review.

“Populism” once meant a movement of agrarian or labor proletarians, at least in the U.S. It was a move by “the people” to take direct possession of political power, or else to confront the conservative elites that held power and (usually, again at least in the U.S.) blocked cheap imports and controlled the currency to limit access to cheap credit. The eponymous headliners, the Populist or People’s Party, reached their apex in 1892 and 1896 elections, with the presidential nominations of James Weaver, and then William Jennings Bryan.

The 1896 loss was the end of big “P” populism as a separate party, but populist paroxysms from agriculture, rural areas, labor, and youth movements have vexed elites in the decades since. The difference recently seems to have been that where “elites” were once conservative, populism has itself become a conservative, nationalist, even nativist movement, targeting the “liberal” elites that occupy the cultural commanding heights of mainstream media, top universities, the film industry, and Silicon Valley.

In fact, some elites on the right openly court mass populist voters. As Cas Mudde put it (“The Populist Zeitgeist,” Government and Opposition 39, no. 4: 541–63) nearly twenty years ago:

[Because of] structural changes, and the consequent move away from legal authority and toward charismatic authority, as well as the demystification of politics in Western liberal democracies, populism will be a more regular feature of future democratic politics, erupting whenever significant sections of ‘the silent majority’ feels that ‘the elite’ no longer represents them. (2004, p. 563).

I can’t help drawing an analogy to Catholicism, especially American Catholicism, before Vatican II. For decades, the parties have celebrated “mass” movements with their back to the congregation. For populist movements, elites turn toward the congregation, and stop speaking Latin; they may even invite everyone up to mill around the pulpit. Ultimately, if institutions collapse or dissolve completely, there is a “priesthood of all believers.”

Now, the most extreme “Protestants” in the U.S. were (and are) called “Progressives.” They wanted to eliminate intermediaries and powerful institutions that stood between the people and the government, and to approximate direct democracy as much as possible. The problem is that (as Tocqueville pointed out in Democracy in America (1835/2002; Harvey C. Mansfield and Delba Winthrop, Translators. University of Chicago Press) that kind of populist democracy actually “enfeebles” the democratic impulse, and is self-annihilating. If the state is responsible for everything, then the people are responsible for nothing, except voting and blaming the state for failing to anticipate their every need. Is there a neighborhood school that is falling down? Is there a problem with poverty? We are not responsible; these things just happen; the state should do something!

Except there is no “state,” except as a fiction of law. The state is people, the people who make it up. Things that happen, and things that don’t happen, are the result of the active moral agency, or the passive acceptance of the collapse of institutions, on the part of the populace.

Organized social planning, put into effect for the creation of an order in which industry and finance are socially directed in behalf of institutions that provide the material basis for the cultural liberation and growth of individuals, is now the sole method of social action by which liberalism can realize its professed aims (p. 40).

All of this has led to a paradox, in my opinion, a century-long slow-motion train wreck in which the institutions of governance have been systematically demolished in the name of democracy, but which in fact have led to illiberal populism. Progressivism wanted a political party to institutionalize populism, the “permanent revolution” that has motived socialist nations to have one party by law, and countries such as Mexico to have an “Institutional Revolutionary” party by practice. What was desired was a countervailing force that ensured the unorganized mass public could control concentrated elite power. But elites always run everything, and politics most of all. The Rousseauian conceit that the “party of the people” would govern as the people would has brought us to the brink of ruin.

The two books being considered here have different takes on this problem, but share some of my assessment of how things stand. James Morone, in Republic of Wrath, sees two issues—race and immigration—as operating as a kind iron law of political division. This drumbeat of division is sometimes quieted (Morone, as a card-carrying Progressive, points to the F.D. Roosevelt administration, though claims about this time of harmony would be news to the Japanese Americans sent to internment camps by Executive Order 9066!), but never for long.

Morone’s discussion of the history of “tribalism” is wide-ranging, and well told. The difficulty for me is that at the end of all this he simply invokes the Progressive catechism: all our problems would go away if everyone could vote: “Register every American when they turn eighteen. No caveats. No paperwork. No convoluted residency tests” (p. 343).

No, actually. I don’t disagree with the prescription for reducing the frictions in universal suffrage, mind you. But many Progressives don’t seem to understand that it was precisely the Federal deference to the states in determining the “time, place, and manner” of elections that saved them from Donald Trump (Wall Street Journal, “Institutions Saved Us From Donald Trump,” Dec 21, 2020); many Conservatives seem to miss the obvious point that all those separate decision units made it effectively impossible for any centrally-controlled Democrat plot to “steal the election” to succeed.

The point is that James Madison had it right all along. Federalism has a genius for forcing conflict, and delay, while also making it impossible for any “tribe” (Madison called them “factions,” but still...) to dominate forever. Progressives fail to understand the real problem, because it is outside their catechism, and the Conservatives likewise fail to see the difficulty because it is beyond their capacity to think of governing (with the exception of Ronald Reagan) from a positive, optimistic perspective. And Madison himself did not foresee the solution to the problem of governing using what Mancur Olson, 200 years later, would call “encompassing institutions.”

But the answer is strong, responsible parties. No other developed nation has parties as susceptible to the cults of personality and gusts of populism’s scolding winds as the U.S. We have systematically gutted the power of our parties to choose candidates (because primaries! because the people! end the power of elites!). No Progressive can speak the solution, without being thrown out of the movement, but the answer is: bring back the smoke-filled room. The only way to control populism is to let parties choose the candidates who will run for office, and who will carry their message in the districts and vote their program in the halls of Congress.

Aviezer Tucker’s Democracy against Liberalism looks at a different problem, but dealing with populism is an important part of his analysis. Tucker tries to disabuse the reader, politely but firmly, of the notion that liberal societies are a proper subset of democracies. True, there are some democracies that are illiberal, but there are also some liberal societies that are not democratic. The book poses some “types” that are opposed: technocracy against populism, democracy against authoritarianism, and liberalism against illiberalism. This would suggest a 2x2x2 cube of types, but not all of the boxes actually correspond to nations in the world, at least not nations that survive for long.

The types tend to move in predictable ways. Communist or authoritarian regimes often begin as revolutionary populist movements, and become technocratic or at least bureaucratized by party elites (Cuba, North Korea). Taiwan and South Korea were authoritarian, but with relatively liberal economies, and moved toward democracy. As the title suggests, Tucker is interested in the tensions in countries that are democratic, but which devolve into illiberal populism (Argentina). To gain power, populist movements must break the existing institutions and dissolve the constitutional systems of checks and balances that all liberal societies have in some form.

The triumphalism of the “end of political history” period of the 1990s and early 2000s, where it was taken for granted that everyone wanted liberal democracy and would embrace it without question, is ebbing fast. Illiberal institutions, driven by populisms of the left and the right, are growing in size and strength in Brazil, Hungary, India, Poland, and Turkey, and possibly in the United States.

Tucker is quite fair to what scholars in North America and Europe call the “public choice tradition”: he ignores absolutely all of it. Remarkably, nearly 10% of the total references in the book are to works written by Tucker himself. Not even William Riker’s 1982 book, Liberalism against Populism: A Confrontation between the Theory of Democracy and the Theory of Social Choice (San Francisco, CA: W.H. Freeman) is referenced.

This is unfortunate, because in some ways Tucker’s point is that we know quite a lot about how institutions and constitutions work. Populist, illiberal governments, whether authoritarian or democratic, tend to be unstable (for reasons Riker demonstrated forty years ago). The hope is that this populist paroxysm will be brief, and that liberal institutions can be rebuilt. Tucker is more hopeful that liberal policies will carry the day, including education and wealth redistribution, robbing populist movements of the fuel they need to burn things down.

Democracy against Liberalism is in some ways a book of its specific time, advancing no large themes and revealing no surprising truths that will lead to it being read twenty years from now. And it is not informed by the literature on why liberal constitutions have produced stability and prosperity in places where liberalism thrives. Still, it’s worth reading, because Tucker is able to synthesize the myriad apparently unrelated events in many nations, and give it some coherence as a way of understanding larger trends. I recommend it.