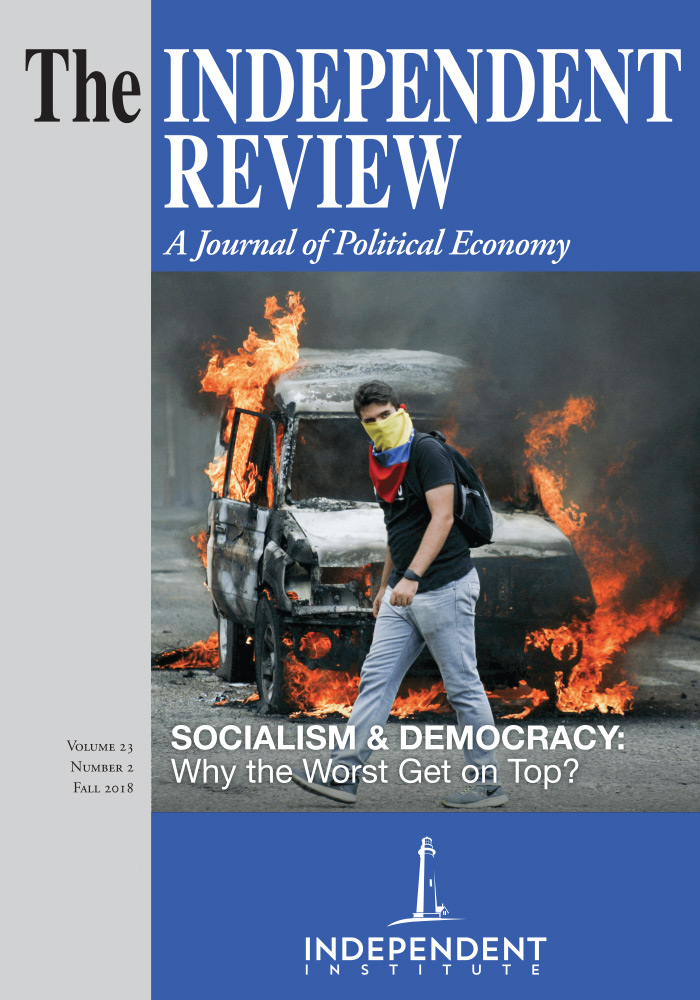 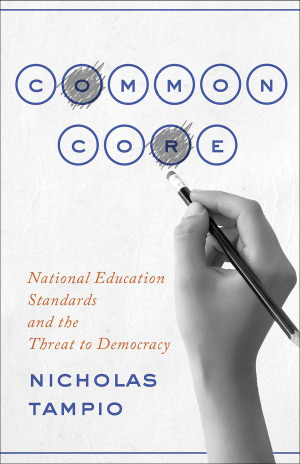 Common Core
National Education Standards and the Threat to Democracy
Nicholas Tampio
Kindle Hardcover
This book review is a web exclusive for the Fall 2018 issue of The Independent Review.

The Common Core Initiative’s (CCI) success (in getting implemented, that is, not necessarily in improving achievement) owes much to a mass suspension of disbelief among many education researchers and most nationally focused education journalists. Just a few examples to buttress the point: Hundreds, if not thousands, of education policy influentials were paid to promote the Common Core Initiative but, to my observation, their conflict of interest was seldom noted in media interviews. Meanwhile, CCI opponents were left to contend with a near total absence of resources with which to project their counterpoint.

Moreover, virtually all the promises for CCI were accepted with little scrutiny by leaders of both education establishments, the stand-pat traditional public school establishment, and the education reform establishment. Long division and Algebra I were pushed up to fifth and ninth grades, respectively, yet CCI was routinely labeled “more rigorous.” The CCI-aligned consortium tests (PARCC and SBAC) promised to produce several outcomes that very different types of tests are normally designed for, and to do all of it better in a single test. Yet, no valid validation studies were produced to support any of the claims.

I share with Sandra Stotsky (“Classroom Choice Could Relieve Many Parents’ Education Concerns,” Heartland Institute, 2016. ) one other puzzlement. Why have so many school choice advocates supported the undemocratic and “choice-less” imposition of a single, national set of content and instructional standards? Yes, I know, some CCI proponents claim that nothing in their standards prevents teachers from employing, say, direct instruction, inside the classroom. But, whether they were right in principle (some of us would disagree), they have not been right in practice (see Barry Garelick, “The Pedagogical Agenda of Common Core Math Standards,” Education News, 2012). The unworkable constructivism that citizens successfully fought against in California, Kentucky, and Maryland in the 1990s and early 2000s came barging in through the back door in forty-five states between 2007 and 2010, encouraged by massive funding from the federal government and some of the country’s largest foundations.

Many citizens fought back this time too, but proponents were better prepared. In anticipation of popular discontent, the Gates, Hewlett, and dozens of other foundations rounded up all the opinion leaders in education research and policy that their money could buy to advocate for CCI (and to conduct “independent research”). This set up the perhaps inevitable and sometimes nasty juxtaposition of academics, think tankers, and high government officials ridiculing the objections of parents and classroom teachers with first-hand knowledge of CCI implementation, but lacking in lofty credentials. The most prominent example is probably U.S. Education Secretary Arne Duncan’s exasperated putdown of “white, suburban moms,” but there were others (see Michelle Malkin, “Arne Duncan’s War on Women and Children,” National Review, 2013).

One review of six books critical of the Common Core Initiative declared only the one among them written by academics to be worth any reader’s time (Robert Pondiscio, “Lessons on Common Core: Critical Books Offer More Folly Than Wisdom,” Education Next, 2017). Academic nose-thumbing condescension toward citizen activists should not be possible in the case of Nicholas Tampio’s Common Core: National Education Standards and the Threat to Democracy. A professor of political science at Fordham University, Tampio specializes in political theory and philosophy, and he applies that background knowledge to his new subject, incorporating discussions on such topics as the Founders’ fear of factions and their belief in the inherent good of democratic participation.

“My goal is to help readers appreciate both sides of the debate and raise questions that demand looking at actual standards to see whether it makes sense to nationalize them or not,” writes Tampio (p. 10).

Common Core is one of the most thoughtfully organized books I have ever read. A six-page overview—“A map of the argument”—concludes the Introduction. Each chapter then presents a neatly categorized theme and concludes with a brief reiteration of the main points, just as a textbook might. The first two chapters summarize several mainline arguments for and against national education standards. The next five summarize existing or proposed national standards by subject field: English, mathematics, science, history, and sexuality. Tampio saves his summary judgments for the last chapter, only after he has granted two-thirds of the book’s length to explaining both sides’ best evidence and arguments.

His conclusions, however, derive not so much from the merits, or lack thereof, of Common Core content, as from the character of its implementation. Some proponents like to argue that the CCI is a done deal, whether one likes it or not, and opponents should just learn to deal with it. Tampio holds little patience for this line of argument. The manner in which we decide things as a community matters, and may even matter most, he argues. Policies implemented by skirting democratic processes are not valid policies, should never get a pass, and remain tainted and questionable so long as they remain in force.

Some other aspects of the book I appreciate include:

It is perhaps also worth noting that Nicholas Tampio is an unapologetic political progressive. In a public lecture covered by CSPAN on March 19, 2018, for example, he says as much. He also characterizes systemwide standardized testing, which I have advocated throughout my career, as education’s “death star.” He and I probably disagree on other education policies, too. But, his treatment of the Common Core Initiative is fair and convincing, in my opinion. If his Common Core receives just a fraction of the media attention freely granted to paid CCI promoters, the public will be much better informed on the issue.