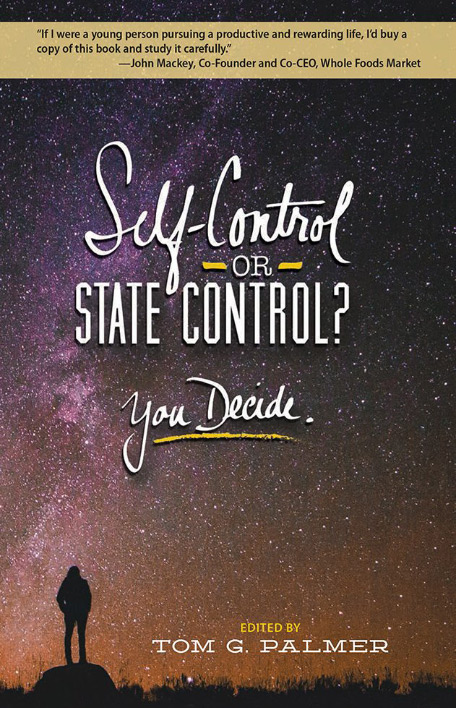 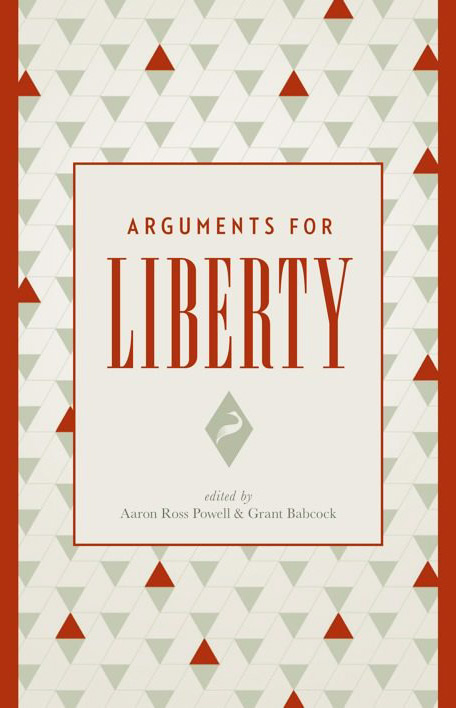 Arguments for Liberty
Aaron Ross Powell and Grant Babcock
Kindle Paperback Audiobook
Reviewed By Michael C. Munger
This book review is a web exclusive for the Summer 2017 issue of The Independent Review.

There is a legitimate question about whether the idea of readers or edited volumes are atavisms, vestiges left over from a time when curation and transportation of essays or excerpts from other works were useful for readers. The argument might go something like this: in an age where it is easy to post a list of readings on line, with links, the notion of a physical reader is wasteful. The advantage of online “readers” is that they can be updated often, and personalized because they have an “open source” feel: your needs, your personal “reader.” Alternatively, the person in search of relevant readings can self-curate, choosing readings from different sources using the “advice” of salience measures such as number of followers on Twitter or “hits” on Google Scholar.

I hope that the person reading this essay can tell that I don’t find this argument at all persuasive. (Of course, I have a bias, having myself recently co-edited an anthology. See Jonathan Anomaly et al. (editors), Philosophy, Politics, and Economics: An Anthology, Oxford University Press, 2015). When Phemius, the bard in Homer’s Odyssey (22:347) said, “I am self-taught, but the god has planted in me paths of song of every kind,” it’s not so clear that all of us can rely on such inspiration. Some “paths” are well-worn but lead nowhere; other paths are faint and barely used, but worth traveling. Edited volumes of classic or directed readings illuminate a particular path, and have to be judged case by case.

Two recent cases are Tom Palmer’s collection of current, often provocative, works on the problem of self-control or state direction of individual choice, and Aaron Powell and Brant Babcock’s more topic-based cataloging of arguments in favor of individual liberty. Both of the paths illuminated here are worth walking, and the traveler will encounter along the way some sights, or at least some perspectives, that are novel and interesting.

Palmer’s edited volume is directed toward answering a single, though hardly narrow, question: is it desirable for the individual to be allowed, and in a sense obliged, to make his or her own choices? The implied question lying in the background, of course, is whether individuals are actually capable of making their own choices without guidance, direction, or “nudging.” Gratifyingly, Palmer’s selections have important empirical components, seeking to answer both (a) the questions of whether individuals can make their own choices, and how knowing that one is responsible for choice also implies responsibility for consequences, and (b) the questions that involve the capacity and desire of “the state” to make choices for us.

I am a fan of this empirical, non-ideal approach (as I argued in Keech and Munger, “The Anatomy of Government Failure,” Public Choice, 2015) because it gets past the normative comparison of purely theoretical ideal systems. Arguing about which ideal system is “better” if it functions perfectly is not very interesting. The contribution of Palmer’s selections, including both social science and literary conceptions of self-control, is to advance the debate into the realm of programs and policies that might actually be implemented. And the final chapter, which argues that practicing self-control actually increases one’s own awareness of the self and of what “control” means, is fascinating.

Powell and Babcock take a very different path, looking at nine different arguments for liberty. These perspectives are utilitarianism, natural rights theory, Kantianism, contractarianism, Rawlsianism, virtue ethics, objectivism, ethical intuitionism, and moral pluralism. There is considerable overlap between some of these views, of course, but having each position argued clearly, by an articulate proponent, is a significant achievement. The writers in the Powell and Babcock volume, like those in the Palmer volume, are authorities in their own right, and worth reading individually. The nice thing about the Powell and Babcock volume is that it works well for a newcomer, looking at arguments for liberty for the first time, or for the veteran traveler who wants to get a more thorough guide to other routes to the same, or perhaps just similar, end.

These books will work well for class, and in both cases it is possible to use a few, several, or all the readings profitably. Ultimately, of course, all readers will have their own favorite paths. But having these excellent guides will ensure that some of the things you see will be unexpected and interesting.