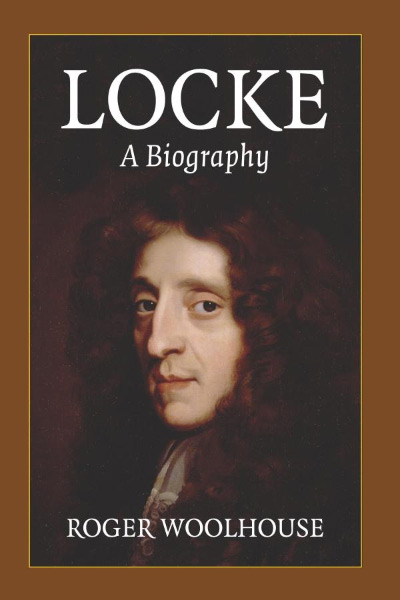 Locke
A Biography
By Roger Woolhouse
Hardcover Paperback
This book review appeared in the Summer 2008 issue of The Independent Review.

It is common, even among philosophers, to joke about how little influence philosophers have on the world. But that isn’t true. The independence of the United States of America and Soviet communism alike were arguably the ultimate practical results of a radical argument advanced by a philosopher. John Locke (1632–1704) was perhaps the most significant and direct influence on the American founders in large part because of his having been such a significant influence on the Glorious Revolution in England some eighty years earlier. Locke’s philosophical discourses on the nature of rights, the nature and justification of authority, religious toleration, and forms of government had a profound practical effect on world events, not merely on a school of thought. His arguments remain a cornerstone of classical liberalism. It is therefore useful for anyone interested in a comprehensive understanding of these arguments to learn about the man who produced them. Roger Woolhouse had delivered an aid to this understanding with his new biography of Locke. Although Locke’s philosophical arguments must stand or fall on their own merits, our knowledge of his life and times nevertheless enhances our understanding of those arguments. Fortunately, Locke was a regular correspondent and journal keeper, so scholars such as Woolhouse can reconstruct both major and minor episodes in his life and convey something of his character. Woolhouse does an excellent job of weaving all of these strands together to produce a comprehensive account that, perhaps surprisingly, is highly readable.

Different sorts of readers look for different qualities in biographies. Woolhouse’s book will appeal to many. Readers of a historical bent will be most interested in the exciting and dramatic events of the 1670s and 1680s that unfolded around Locke— the Whig/Tory conflict, the religious struggles, the Glorious Revolution, and the advent of William of Orange. It is difficult to overstate the significance of these events in British, Dutch, and French history for the later development of Europe and for how the North American colonies would evolve, and it is interesting to see them from Locke’s perspective, sometimes as an observer and other times as a participant. Readers of a more philosophical bent will be interested in the development of Locke’s thinking in its historical context—for example, how he reacted against Cartesian rationalism and came to develop his empiricist theory of knowledge, or how he came to incorporate the older natural-law tradition into a comprehensive theory of natural (that is, prepolitical) rights to life, liberty, and property.

It is important to remember how radical Lockean political theory was at the time, and Woolhouse convincingly demonstrates the personal courage Locke showed by writing his Two Treatises of Government. The prevailing notion of “rights” was permissions from the king, who was still generally regarded as the true owner of most, if not all, property and entitled to the service of his subjects. The king’s authority was “natural” in that it was allegedly of divine inspiration, as argued by Robert Filmer in his Patriarcha. Rights, then, were a social artifice: if the king granted you title to a piece of land, you had a property right. If the king permitted you to bear arms, you had a right to bear arms. If the king granted you permission to travel, you had a right of way.

Locke’s argument turns that prevailing notion on its head. For Locke, rights are natural—a logical consequence of our morally equal standing—whereas government authority is the social artifice. We institute governments consensually for the purpose of protecting rights we already have. Woolhouse not only reviews the argument, but by taking us through Locke’s life and the events that were occurring shows how Locke came to develop it and highlights the ways in which it was revolutionary. Here is such a passage:

Just days after Locke left Oxford [in 1683], the University, shocked by the revelations of the Rye House plot, set about drawing up a list of “damnable doctrines” which encouraged such plottings. . . . Some of the twenty-seven propositions were there to be found in the manuscript of Locke’s two treatises: political authority originates in the people; there is a compact between princes and subjects; tyrants forfeit the right to govern; and there is a right of resistance against them. He would have been an uneasy witness had he been there in Oxford to see the various “pernicious books” identified as containing these doctrines being taken from the Bodleian Library and publicly burnt. (p. 193)

This passage also exemplifies Woolhouse’s engaging style. The book is long, but in any given section the reader’s interest never flags.

Locke’s contributions to epistemology, philosophy of mind, and theology are still staples of modern higher education, and his life would be worth studying in relation to any of these subjects. We feel his influence most strongly, however, in our political lives. When one studies Locke’s political writings, their influence on the American revolutionaries eighty years later is obvious. By the 1770s, though, Lockean principles were no longer radical; they were commonly accepted because they had been the principles of the faction that emerged victorious in the English power struggle of the 1680s. So when Jefferson wrote, “We hold these truths to be self-evident,” the declaration was a highly effective rhetorical flourish rather than a plainly false epistemological claim. If Lockean principles were widely accepted in England, then how could the English deny the logic of the colonists’ position? The later development of a system of government predicated on natural-rights theory, as remarkable as it was, did not arise in a vacuum. It had antecedents in history. By studying these antecedents, we can understand our own times better. Because Locke was such a crucial figure in this story, Woolhouse has done us all a great service by producing this biography.