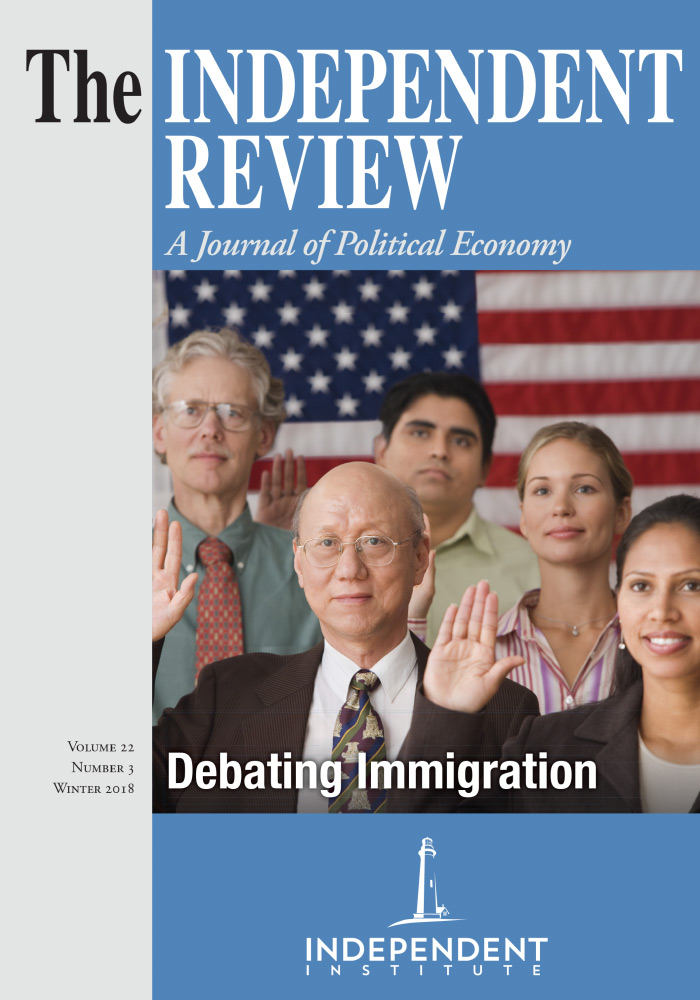 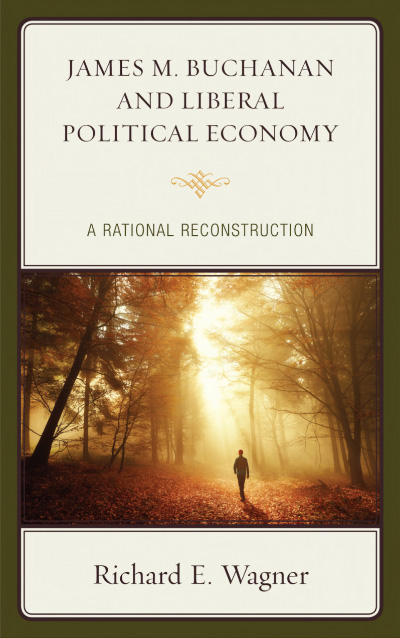 James M. Buchanan and Liberal Political Economy
A Rational Reconstruction
By Richard E. Wagner
Kindle Hardcover Paperback
This book review is a web exclusive for the Winter 2017/18 issue of The Independent Review.

James M. Buchanan and Liberal Political Economy: A Rational Reconstruction is an engaging reconstruction of Buchanan’s oeuvre, built upon Richard E. Wagner’s fifty-year association with Buchanan as a “student, colleague, and coauthor.” Throughout the book, Wagner uses Buchanan’s larger body of work to better inform our current understanding of Buchanan’s long list of scholarly accomplishments, and connect diverse fields impacted by the works of Buchanan, including economics, law, philosophy, and politics.

In the first chapter, Wagner traces the development of modern political economy back to Buchanan’s initial interest in the works of a number of Italian public finance thinkers, most importantly Antonio de Viti de Marco, and Swedish economist Knut Wicksell. Under the guidance of Frank Knight at the University of Chicago, Buchanan built upon these works and planted the seed for a research program in public finance that would grow to encompass public choice and constitutional political economy, characterized by Buchanan’s uniquely subjectivist approach and focus on relatively absolute absolutes.

Motivated by a symmetry of assumptions, Buchanan constructed an individualist theory of the state, reminiscent of the theory of the market found within economics, in which politicians and other political actors are self-interested individuals and are empowered by a social contract that delineates the rules of politics as a mode of exchange. Buchanan’s research program was ambitious and far-reaching, and consequently Wagner follows several branches of inquiry that sprout from Buchanan’s “scholarly sapling” situated in public finance. These are presented in chapters two through seven, covering public finance, constitutional political economy, federalism, public debt, entitlements, and liberal social philosophy.

Buchanan’s journey began with a simple idea, that organismic conceptions of the state are a metaphorical black box, and an individualist model of the state provide a more realistic view of the inner workings of governments, giving insight into politics as a form of exchange. Consequently, public choice would emerge from Buchanan’s work, straddling the fields of political science and economics. It would then become apparent to Buchanan that political actors are constrained by the rules under which they operate, which were set by politicians in previous periods under similar constraints (like a series of nested mechanism design problems). As a result, Buchanan shifted his focus upward to constitutions, creating a contractarian philosophy of the state, based on Wicksell’s approximate unanimity rule. Buchanan’s initial interest in public finance would expand to cover a massive number of fields as a result.

Wagner’s chapters on federalism and public debt approach issues of collective action across space and time. Buchanan recognized that governments could solve certain collective action problems, but they were prone to their own set of failures, potentially leading to worse outcomes than the corresponding market failure. However, there is some hope that federalist systems can invoke notions of competition familiar to economists, a la the Tiebout sorting model, to constrain the exploitive nature of majoritarian political action. By allowing citizens access to alternative, competing governance options, they could reasonably opt out of oppressive laws favored by narrow majorities and implemented by their governments. The threat of this behavior should go a considerable distance to reigning in overregulation and overtaxation at lower levels of polycentric orders, as outmigration would shrink the tax base and implicitly lower the reallocative power of such governments.

Buchanan also recognized that the public debt shifts the burden onto future generations who do not necessarily consent to the corresponding expenditures. Since these future generations have no voice in decisions that affect them dearly, the democratic process falters, and there is significant potential for abuse by political actors who seek benefits today at the cost of debt paid off by future generations. This chapter concludes with a warning about the potential abuse of fiscal policy, but the arguments presented aren’t particularly strong. Having access to better commitment mechanisms would go a long way to assuaging some of Buchanan and Wagner’s fears, but Hayekian epistemic arguments are still very binding, regardless.

Chapter six begins with a conversation on the enforcement of property rights as a defense against the tyranny of the majority and transitions to a discussion of Buchanan’s analysis of the Samaritan’s dilemma. It ties these topics together by examining the economic incentives of modern welfare states, as political actors of all sorts manipulate the government to expropriate the property of others. Furthermore, comprehensive welfare states can generate marginal tax traps and create moral hazard, as well as induce regime drifts towards greater cronyism.

Chapter seven brings together the many strands of Buchanan’s work into a greater philosophical discussion about liberal social orders. Notably, Buchanan provided a cautionary tale of excessive migration as he recognized that it may change the voting population and the moral community, inducing institutional change for better or worse. Wagner also notes that Buchanan expounded upon the obligation for individuals in free societies to uphold competitive markets and eliminate positions of special privilege established through the political process to allow for greater economic mobility. The section concludes by discussing how to build upon Buchanan’s work and move towards a more complete social philosophy.

Wagner’s reconstruction of Buchanan’s work reflects their close collaboration, providing significant insight into the development of each of the strands of thought in Buchanan’s expansive oeuvre. Furthermore, Wagner’s familiarity with the modern literature allows him to connect Buchanan’s work to a greater conversation in public choice and constitutional political economy that has blossomed in recent years.

Wagner’s neo-Austrian perspective is strongly complementary to the source material and remains faithful to Buchanan’s subjectivist vision. Nevertheless, there is much to be gleaned from mainstream perspectives, as Buchanan was also an accomplished neoclassical economist, often straying from his usual process-oriented thinking to make illustrative use of equilibrium models. Together, these methods are complements, giving insight to both the paths we travel and destinations we are headed towards. However, Wagner’s adherence to neo-Austrian methods does preclude him from placing Buchanan’s work within a larger neoclassical narrative, but the cost is minimal.

As a tool to understand Buchanan’s project and the greater study of public choice and constitutional political economy, Wagner’s book excels, providing as exceptional reconstruction of Buchanan’s thoughts and setting the stage for scholars to continue elaborating on the ideas that Buchanan put forward. Wagner very clearly guides the reader from the sources from which Buchanan sought inspiration, through the great accomplishments of his works, and to the modern literature that has blossomed from public choice and constitutional political economy.

James M. Buchanan and Liberal Political Economy: A Rational Reconstruction is also an engaging tribute to Buchanan as Wagner’s longtime friend. Wagner’s admiration for Buchanan shines through, giving life to what might come off otherwise as purely an academic enterprise. This allows Wagner’s exposition to give character to Buchanan’s story and nuance to his works, making for an interesting and engaging read.

Overall, I would recommend this work as an exceptional bit of intellectual history that illuminates the long and storied career of James M. Buchanan and provides an interesting and coherent reconstruction to the body of Buchanan’s work.