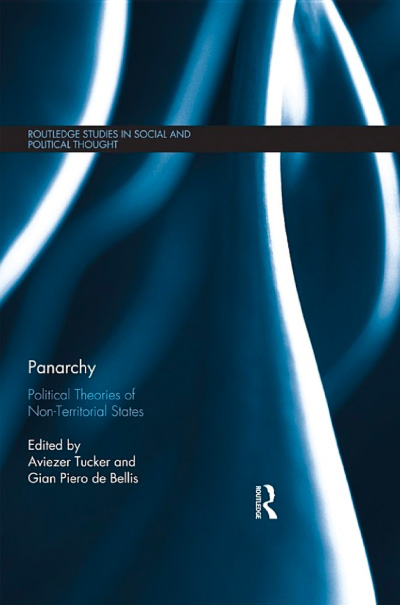 Panarchy
Political Theories of Non-Territorial States
Edited by Aviezer Tucker and Gian Piero de Bellis
Kindle Hardcover Paperback
This book review is a web exclusive for the Fall 2017 issue of The Independent Review.

One of the most important and difficult problems in political economy is how to overcome the social and political costs of heterogeneity and enjoy the cultural and economic benefits of diversity. People’s preferences differ on numerous margins, and, ideally, everyone should be able to enjoy as many of the goods and services that they prefer, and be allowed the right to refuse what they don’t like. This includes the choice of their preferred communities with rules and norms closest to their desires and sense of identity. The problem, of course, is that a choice of community involves a preference over other people’s behaviors, and conflicts are bound to happen. “Mind your own business,” says Amanda, but Bill feels Amanda’s actions affect him and wants a say. He feels entitled to have a say, while Amanda feels oppressed or even assaulted. What is the best institutional arrangement for curtailing such conflicts or preventing them in the first place? Before trying to answer this question, it is important to acknowledge that such differences of opinion often cannot be answered by objective means. They often involve genuine diverging preferences. And even when they could be solved in principle, when they come down to opinions about facts, in practice, we often lack sufficient knowledge of the entangled processes underlining modern complex societies for consensus to be achievable.

Panarchy is a proposed way of thinking about this issue. The key idea is that the problem often occurs because of state involvement. Consider this historical paradigmatic example. When states had an official religion, religious diversity was a serious, often deadly, problem. A major institutional advance was made when we realized that we didn’t need an answer to the question “Which religion should the state have?” and we allowed instead a multitude of churches to coexist on the same territory. Panarchy is the idea that the same institutional solution applies for much more than just religion, perhaps to all issues. As defined by John Zube, panarchy is

The realization of as many different and autonomous communities as are warranted by volunteers for themselves, all non-territorially coexisting, side by side and intermingled, as their members are, in the same territory or even world-wide and yet separated from each other by personal laws, administrations and jurisdictions, as different churches are or ought to be. (p. 90)

The idea can also be understood by thinking of identity. In practice, a person’s identity is based on a bundle of many attitudes. One’s identity involves belonging to many different types of overlapping communities. But, if we tie up each of these communities to the administration of the territory, only one available identity remains for everyone living there. Everyone is forced to compromise on various margins, which, in effect, undermines everyone’s sense of belonging. According to supporters of panarchy, this is unnecessarily restrictive for a wide variety of issues.

Taken to its extreme, panarchy is the view that all governments should be non-territorial, and that “it should be possible for each individual to choose his own government without moving from place to place” (p. 92). Under such a view, today’s governments, claiming territorial monopoly, are illegitimate. This being said, the authors of this collection view panarchy as anti-utopian: “It does not advocate any particular model of the perfect state or social contract. On the contrary, it presupposes there is no such model” (p. 149). Instead, they try to broaden our institutional imagination by noting that the currently neglected idea of deterritorializing some state functions has the potential to reduce conflicts both within states and between states. But the exact institutional arrangements need to be discovered by trial-and-error. We don’t really know the limits of panarchy.

As such, more moderately, panarchy is the view that many government functions that are currently provided on a territorial basis could be provided more efficiently by overlapping providers -- in the same way that religious services are now provided in a non-territorial fashion. Many disputes about what “our” government should do about X could disappear as different people living in the same geographical area would have the option to use different providers. It’s important to understand this does not necessarily imply zero state involvement, and, hence, panarchy is different from anarcho-capitalism. Imagine for instance that all or many of current government services would be switched to a voucher system; payment would still be tax-based, but diversity would be made possible. Panarchy thus differs from anarcho-capitalism in that the overlapping governments are not necessarily private clubs or associations. Perhaps not all conflicts could be eliminated by such methods, but surely many of the existing conflicts are, in a sense, not real, but merely an artifact of our monocentric government system that has acquired too many administrative responsibilities.

As another example, consider a confederation like the European Union, in which ethnicity plays a very important role and complicated historical connections between states and ethnicities exist. Currently, each EU state has its own territory-bound education policy, which means that, say, when ethnic Romanians move to Spain, they move from one educational system to another. The EU tries to address this issue by means of promoting “minority rights,” according to which, say, Spain’s government would have to provide Romanian-language schools for Romanians. Such a “minority rights” approach is not very flexible, and requires additional resources from Spain. Is it possible for migration not to create such costs to recipient countries? Indeed it is. Under panarchy, education policy would no longer be territory-bound, and, say, the Romanian Education Ministry could simply open schools in Spain (and vice-versa) governed by the rules set up by the Romanian government. There’s no reason for the jurisdiction of different Education Ministries to be bound by their countries’ territories. (This would basically be a return to the system set up by the Ottoman Empire when it ruled the Balkans.) This is just one example where the institutional analogy to churches is fairly straightforward. Such a system could make the movement of people within the EU easier, as ethnicity is one major stumbling block to mobility. Under a hypothetical EU-wide voucher system, where the providers of schools could also be private, the flexibility could be even higher.

Many more such ideas are explored in Panarchy: Political Theories of Non-Territorial States. The book is a somewhat disjointed collection ranging from full-blown academic contributions to manifestos and articles that read like blog posts. The editors included the latter in the interest of mapping out the intellectual history of the idea of panarchy. The book starts with a wide-ranging and interesting introduction, laying out the basic principles, followed by a collection of passable and disappointing “classical foundations” (about one third of the book), after which it switches gears back to modern political philosophy and institutional analysis, covering theory, historical examples, and pragmatic policy proposals. These are well worth reading. For example, they showcase interesting historical examples of extraterritoriality (chapters 16 and 17) and institutional implementations of the idea that ethnic identity is an individual choice without a necessary connection to a territory (chapters 18 and 21).

The authors make some important connections to other strands of literature, in particular to Vincent Ostrom’s brand of federalism (chapter 12) and to Bruno Frey’s idea of Functional Overlapping Competing Jurisdictions (he is one of the contributors, chapter 20), as well as to the Jeffersonian concept of self-governance and to David Friedman’s anarcho-capitalism (chapter 19). Other relevant connections are unfortunately ignored, for instance to the idea of polycentricity (Elinor Ostrom, 2010, “Beyond Markets and States: Polycentric Governance of Complex Economic Systems,” American Economic Review 100(3): 641–72; Paul Dragos Aligica and Vlad Tarko, 2012, “Polycentricity: From Polanyi to Ostrom, and Beyond,” Governance 25(2): 237–62) or to the works of Chandran Kukathas’ Liberal Archipelago: A Theory of Diversity and Freedom (Oxford, UK: Oxford University Press, 2003) or Jacob Levy’s Rationalism, Pluralism, and Freedom (Oxford, UK: Oxford University Press, 2015). Even so, the book is highly recommended.

The idea of panarchy is clearly within the same family of concepts as federalism, polycentricity, and anarcho-capitalism. Like these other ideas, it is developed by drawing some important consequences of freedom of association and methodological individualism. What makes it different is the focus on non-territoriality and overlapping communities -- the idea of a self-governing diversity within a given geographical area. Even if we account for the conceptual overlap with these other ideas, it is still useful to have a label for this emphasis on non- and extra-territorial self-governance, and I agree with the authors that this is one of the most important under-explored institutional ideas.