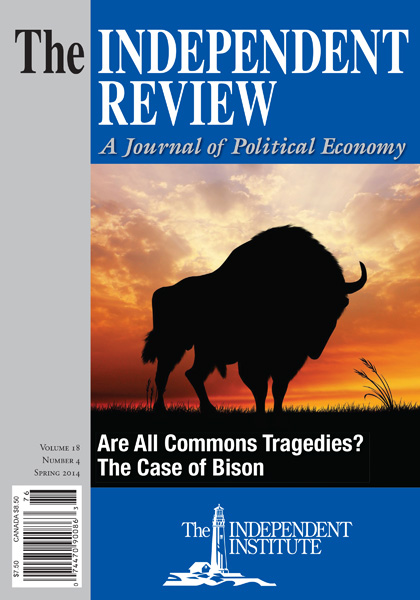 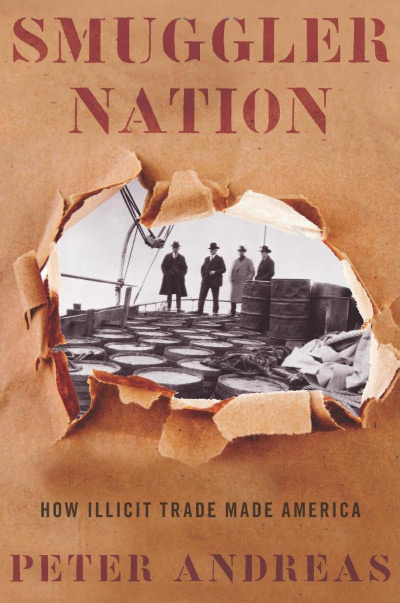 Whenever I receive a book to review that is written by some hotshot Ivy Leaguer, I brace myself for all the deception and tomfoolery that I will have to endure. Peter Andreas’s Smuggler Nation, however, turned out to be a very pleasant surprise. Indeed, I can recommend this book to anyone interested in reading a true history of America and becoming better informed about issues ranging from marijuana legalization to immigration reform.

The first point to be made about the book is that smuggling in America has been around since colonial days and will continue into the foreseeable future. Second, smuggling has played a very prominent role, rather than a subsidiary one, throughout our history. Indeed, it has often played a pivotal role in important events or episodes in American history. Third, smuggling is the result of prohibitions and protective tariffs, and the cumulative impact of these policies has been a driving force for the establishment of big government and the police state in America.

Andreas makes it clear that the policies that create incentives to smuggle are irrational, ineffective, and often counterproductive. He also makes it clear that Americans have been duped by self-promoting politicians, self-interested bureaucrats, moralistic crusaders, and a compliant press into supporting various prohibitions to suppress vice. It is also interesting to note that smugglers were often considered heroes—if not by the majority, then certainly by the consumers they served. Many of the wealthy and prominent families in American history, including several of our Founding Fathers, first grew rich on profits from smuggling.

The book, which consists of sixteen chapters divided into five sections, is well written and packed with interesting information and tidbits of American history. However, I focus here on the three chapters for which I have the most expertise. The first covers the Union’s Civil War blockade of the South. Andreas clearly describes the unappreciated importance of the “naval” aspects of the war as well as North–South trade during the war, the Confederacy’s grand miscalculation regarding King Cotton and the blockade, and the for-profit and largely nonviolent battle between blockaders and blockade runners.

However, although the author seems uneasy with the conclusion, he wrongly concludes, along with many historians, that the Union blockade was a success. Blockades do raise transport costs and prices. They do reduce the amount of trade. However, higher prices are both profit incentives that keep important goods flowing as well as incentives to economize. Higher prices also opened up bribery opportunities, which kept goods flowing over the border between Union and Confederacy. Therefore, we should never expect blockades to be truly successful.

In a series of papers, one of which Andreas cites, my coauthors and I have questioned the apparent success of the Union blockade. Instead, we found that a long series of ill-conceived Confederate policies were implemented that discouraged blockade running. This culminated in the Confederate Trade Legislation of 1864. This legislation prohibited the importation of a long list of luxury goods, put controls on the importation of other goods, and commandeered half of all cargo space on blockade runners for use by the Confederate government. Not surprisingly, entrepreneurs in the blockade-running business were immediately and thoroughly discouraged from further runs. This legislation was particularly discouraging for crew members, who were allocated a small space in which they imported luxury goods. The profits that they gained by selling the luxuries was an important part of their pay for running the blockade. (For an example of the papers that cover this topic, see Robert B. Ekelund Jr. and Mark Thornton, “The ‘Confederate’ Blockade of the South,” Quarterly Journal of Austrian Economics 4, no. 1 [Spring 2001]: 23–42.)

The chapter on alcohol prohibition is particularly good and entertaining. Throughout history, we implemented several foolish and counterproductive efforts to control alcohol in one way or another in America. The most noticeable of these efforts, the Eighteenth Amendment to the Constitution, prohibited alcohol and would turn out to be the biggest social mistake since the days of slavery.

Andreas does a good job of explaining how disruptive Prohibition was to the lives of ordinary Americans as well as the harmful legacy it had on the rule of law in America. He even correctly notes that the repeal of Prohibition, the Twenty-first Amendment, was brought about because of “money.” In this case, it was the need for tax revenues during the early years of the Great Depression. However, his explanation for the adoption of the Eighteenth Amendment is less convincing because it rests largely on distrust of the Germans after World War I. The “money” explanation rests on two factors: (1) the new income tax meant that Congress was no longer so dependent on alcohol and import taxes for their revenues because the income tax brought in more money than expected; and (2) John D. Rockefeller donated huge sums of money to groups such as the Anti-Saloon League to help them prohibit alcohol fuel for cars, the biggest competitor to his gasoline sales.

Although alcohol prohibition might be characterized as the biggest scam in American history, it is safe to say that drug prohibition is the longest-running scam in American history. I was glad to see that Andreas concludes that there were no major social problems associated with these prohibited drugs prior to the government’s efforts to ban them, and there likewise was no popular support for the bans. Indeed, the Harrison Narcotics Tax Act of 1914 was only a regulatory effort that was turned into a prohibition by bureaucrats and the courts. The same thing happened years later with the Marijuana Tax Act of 1937.

Support for both prohibitions was based on ignorance, prejudice, and religion as well as on bureaucratic interests and special interests. Andreas does sneak in a public-interest justification for the Pure Food and Drug Act of 1906, but doctors and pharmacists were clearly acting in their self-interest and merely used the “public interest” as cover for their activities. They basically split up the market so that doctors prescribed the drugs and pharmacists sold the drugs. Prior to this legislation, both groups were competing in both markets.

The chapter on drug prohibition is a good place to bring out two concepts in economics that generally appear throughout the book but are not labeled as such. The first is the Alchian and Allen effect. This finding says that if you add a fixed cost to two goods that consumers view as substitutes, you make the more expensive good relatively cheaper. The Alchian and Allen effect explains why blockade runners smuggled high-price, low-bulk “luxury” goods instead of corn. It is also why bootleggers smuggled whiskey rather than beer and why drug cartels switched from marijuana to cocaine when the government increased law enforcement budgets and prison terms. Like many other writers on this subject, including Steve Levitt, Andreas treats the introduction and expansion of the cocaine business in the early 1980s as something that simply happened. Clearly, however, it was the expansion of budgets, prison terms, and the South Florida Drug Task Force that increased the risks of smuggling drugs (a fixed cost), which led smugglers to switch from bulky marijuana to compact and potent cocaine.

The second concept is the “Baptists and bootleggers” effect. The phrase was coined by economist Bruce Yandle, but it dates back to Murray Rothbard and earlier. It says that certain special-interest groups with diametrically opposed views may nevertheless work toward a common goal and may even directly support one another. In the case of alcohol, some Baptists are opposed to the drinking of alcohol and support prohibition. But bootleggers also support prohibition, which keeps the price high and provides profit opportunities. You see this phenomenon throughout the book in various forms. Andreas, for example, tells us that textile machinery was both heavy and bulky and therefore difficult to smuggle, leading some to merely smuggle the plans for building such machinery. The Baptist-and-bootlegger effect underscores the fact that all such protectionism and prohibitions were private-interest scams that were not in the public interest.

In summary, this book tells the history of wrongheaded policies of protectionism and prohibition in American history. Very often the policies were invoked to address spurious or even nonexistent social problems. As the truth is told, these policies never serve the public interest and are usually counterproductive to the goals they are designed to achieve. The legacy costs of these policies are huge, including the weakening of the rule of law and the Constitution as well as giving us 1984-style big government and the police state. Specialists in such diverse areas as immigration reform, intellectual property, criminology, logistics, and terrorism will find the book both interesting and useful. Those who like to read about American history will find a different picture of the past.