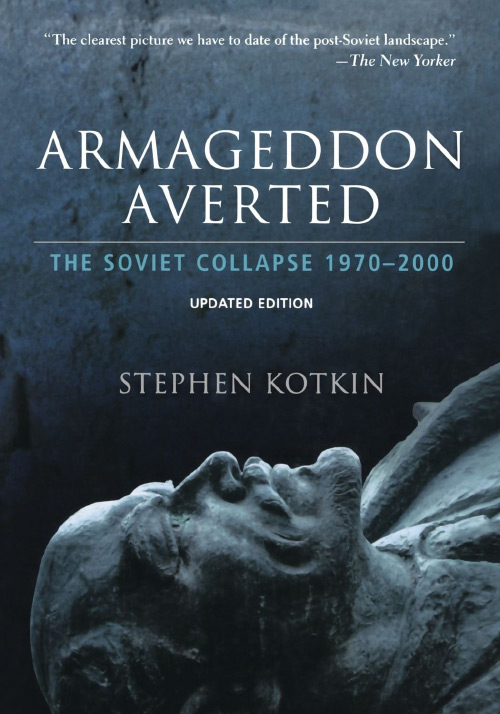 I begin with a personal anecdote. In the fall of 1982, I was attending college in my hometown and living with my parents. On the morning of November 11, my mother met me in the hall, and I’ll never forget her first words to me. They were not “Good morning” or “How did you sleep last night?” or “What are your plans for today?” She simply said, “Brezhnev died.” That the death of a foreign head of state so concerned my mother, who had never traveled outside the United States and who relied on nightly network news and my dad’s subscription to U.S. News & World Report for information about national security, illustrates just how important the Cold War was to everyone who lived through it. We all were concerned. Who would the next leader be? Would that person inflame tensions between “us” and “them?” Or would he calm those tensions and ease our fears?

What no one, from national-security experts to ordinary citizens such as my mother, dared to dream was that within ten years of Brezhnev’s death, the Soviet Union would collapse and simply cease to exist. How and why did this momentous event occur? Princeton University historian Stephen Kotkin takes up these salient questions in his concise, readable, and informative book Armageddon Averted: The Soviet Collapse, 1970–2000.

Kotkin dismisses the oft-cited explanations that emphasize increased U.S. military spending and the failure of central planning, arguing that as late as 1985 the Soviet Union was “lethargically stable” (p. 2). Instead, he blames attempts -- first initiated by Khrushchev’s de-Stalinization effort and culminating in Gorbachev’s policies of perestroika, glasnost, and democratization -- to reform a system that was inherently incapable of reform. To offer only an explanation of the Soviet Union’s collapse, no matter how compellingly argued, however, is unsatisfactory because that explanation leaves too many questions unanswered. Why were the reforms undertaken? Why did the Soviet elites not resist them? What effect did the Soviet legacy have on the reforms? By considering these questions, Kotkin provides a deeper understanding of the Soviet Union’s astonishing collapse.

Kotkin’s first and second chapters pertain to why reform was undertaken. To say that competition between the superpowers was keen in the post–World War II era would be superfluous. The arms race, the space race, and the Olympic games are common examples, and even the 1972 world championship chess match between Boris Spassky and Bobby Fischer seemed less about chess and more about whether “our guy” could beat “their guy.” Kotkin omits references to these competitions, however, because the competition that mattered most fundamentally was societal: Which country (or system) could produce a society of abundance and justice? Kotkin writes that “from its inception, the Soviet Union claimed to be an experiment in socialism, a superior alternative to capitalism,” and “if socialism was not superior to capitalism, its existence could not be justified” (p. 19). This competition is the one that the Soviet Union lost, despite the temporary surge in oil prices in the 1970s that buffered its decline and wreaked havoc on Western economies. Indeed, as the years passed, Western economies grew while the Soviet economy stagnated. Add the strains of maintaining its satellite nations and of suffering severe environmental degradation, and the impetus for reform becomes clear. Besides losing the competition with the West, the Soviet Union faced an even less pleasant reality: socialism was not living up to its own ideals.

The man to undertake the reforms was Mikhail Gorbachev. Perhaps the most revealing comment on Gorbachev is a 1988 statement by Milovan Djilas that Kotkin quotes: “Gorbachev, unlike Brezhnev, strikes me as a true believer” (p. 31). Perhaps he was a true believer because, as Kotkin points out, he had witnessed many socialist and Soviet triumphs: for example, Sputnik, manned space flight, and communist takeovers in China and Cuba. Whatever the reason, this belief entailed that Gorbachev would not be satisfied with “lethargic stability.” He would seek reforms, and, unlike Khrushchev, he had the political skills to carry them through. Perhaps surprisingly, he attempted reform for a largely receptive population who maintained a “strong allegiance to socialism” (p. 44) despite deteriorating economic conditions (for example, it typically took ten years to get an apartment). Neither Gorbachev nor the populace realized that reform ultimately would lead to collapse.

In chapters 3 and 4, Kotkin explains the reform efforts, striking a pleasing balance between tedious detail and sweeping generalizations. He explains the failure of economic reforms that landed the Soviet Union in an “economic halfway house.” Though state-owned enterprises were granted some autonomy, they could not fire workers or factor costs into prices, and quantity remained the overriding objective. The results were prices that did not reflect relative scarcities, resistance to new technologies, and abysmal quality. Despite these disappointments, Gorbachev, the “true believer,” refused to institute reforms that truly would have transformed the Soviet economy: private property and market allocation of resources. While the economy struggled, glasnost chipped away at any remaining belief in socialist ideals or superiority. Kotkin reminds us of the Chernobyl disaster and that even Aleksandr Solzhe-nitsyn’s Gulag Archipelago finally did “see the light of day” (p. 68).

According to Kotkin, what made Gorbachev’s reforms so risky, far riskier than Gorbachev ever realized, was that he, unlike Khrushchev, did not have an ideological safety net. Whereas Khrushchev could say that socialism’s failure was owing to Stalin and that reforms would restore “Leninism,” when Gorbachev acknowledged socialism’s need for reform, the only possible conclusion was that socialism itself was inherently flawed. In the end, the Soviet Union could not afford the superpower competition. Its economy was underperforming, and its ideology was bankrupt. It withdrew from Afghanistan and gave up eastern Europe. In August 1991, conservatives tried to restore the old order, but their attempt failed with Boris Yeltsin’s standing triumphantly and defiantly atop a Soviet tank. With nothing to hold the Soviet Union together, it disintegrated without the bloodshed that many had believed inevitable. Gorbachev acknowledged reality by formally dissolving the union in December 1991.

The USSR may have formally ended its seventy-four-year existence in 1991, but its legacy resulted in a continuing collapse, which Kotkin documents in chapters 5 and 6. In Russia, Yeltsin promised a market economy, although he knew nothing about one. Even a politician with the most thorough understanding of market capitalism would have been unable to withstand the former-Soviet elites who were establishing their own version of “capitalism.” These elites, many of whom had abandoned any ideological attachment to socialism and the rest of whom were quite willing to do so when faced with the possibility of financial gain, began systematically to appropriate state assets. Kotkin explains the appalling and systemic corruption that contaminated the privatization process, which culminated in perhaps the most egregious episode, the infamous “loans for shares” deal. Realizing that the “mass opportunism of self-privatization” was irreversible, vice premier Anatoly Chubais simply chose to “institutionalize” and “rationalize” it (p. 130).

Perhaps Chubais had little choice (Kotkin neither praises nor condemns him) because the Soviet legacy also thwarted the establishment of a liberal state. Liberalism, which Kotkin defines as “a legal order geared to the defense of private property and the civil rights of those recognized as citizens” (p. 143) requires institutions -- the rule of law, a law-making legislature, an independent judiciary, an honest civil service -- that were so lacking in the Soviet Union and subsequently in Russia that rule was bound to be “by men, not laws” (p. 144). Yes, Russia now has “democracy,” but as Kotkin rightly points out, liberalism is “more fundamental to successful state building than democracy” (p. 143).

In sum, Kotkin presents a practical, accessible, and informative account of the Soviet Union’s collapse. His book stands as a suitable complement to Richard Pipes’s Communism: A History (New York: Modern Library, 2001), which explores more of the philosophical reasons for communism’s demise. Yet Kotkin’s book is more than a historical retelling of the Soviet Union’s fall. It provides an explanation of how and why the Soviet Union fell, a story of socialism’s inability to compete with the West, its loss of hope, and the willingness of those in power to prostitute any remaining belief in socialist ideals for corrupt material gain. The book also serves as a case study of socialism’s inability to reform itself without self-destruction and of the ensuing institutional shortcomings that render market capitalism and political liberalism difficult to obtain. Those who believed that Russia could quickly copy the economic perfor-mance and political liberty of the West failed to understand that the Soviet Union’s legacy was antithetical to markets, private property, and the rule of law. Kotkin’s book should appeal to any reader who grew up in the shadow of the Cold War and wants to understand more fully not only how and why the Soviet Union fell, but also why its legacy has been so bitter and enduring.