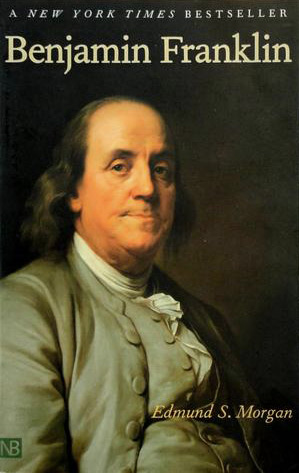 In 1818, John Adams wrote a letter to Hezekiah Niles that was destined for a long and famous life as commentary on the causes of the American Revolution. Edmund Morgan remembers this Adams comment in his new biographical sketch of Benjamin Franklin when he quotes Adams as claiming that the revolution “was effected before the war commenced. The Revolution was in the hearts and minds of the people” (p. 188). Originally, Adams then expanded on this subject, concluding that “this radical change in the principles, opinion, sentiments and affections of the people, was the real American Revolution” (qtd. in An American Primer, edited by Daniel Boorstin [Chicago: University of Chicago Press, 1966], p. 249) In the past generation of historical writing, few have paid such careful attention to Adams as has Morgan. Fewer still have noticed what Adams wrote later in that same letter. Part of what had prompted him to write to Niles in the first place was the assertion made by Virginian William Wirt that Patrick Henry and others from the Old Dominion had led the charge to independence. Adams would have none of it, responding that the folks from the Cod Colony were the first to raise the battle flag of American liberty.

One of the endearing features of Morgan’s present embrace of Franklin is that it takes place within the context of this long-standing and delightful sideshow of U.S. history—the arguments of those Monday-morning historical quarterbacks who ask about who manned these now-much-vaunted barricades first. The studies of the U.S. Civil War, as anyone who has ever attended a Civil War Roundtable can tell you, are littered with such second-guessers. And more power to them, for they attend an important flame. Most people are interested in causation, and most people believe that individuals are the agents. William Wirt and John Adams certainly believed so. Sure, there are forces everywhere, and historians since Marx who have touted the causal influence of impersonal forces have enjoyed center stage. But not so with this new biography of Franklin. Going beyond Wirt and Adams, Morgan argues that Franklin was distinctively at center stage for the coming of the American Revolution. In retrospect, when compared with the various penmen such as Dickinson and Jefferson, with political organizers such as Samuel Adams, and with military figures such as Washington, Franklin stands distinctively as a Founding Father.

If this claim is not enough, Morgan argues more. Not only was Franklin in many ways America’s first and foremost nationalist, but many in the English ministerial party believed that he, more than anyone else, was the principal culprit in bringing about the “rebellion,” a view that according to Morgan persisted even beyond the peace negotiations in Paris. This seeming paradox between what others, first the English and later the French, thought and what Franklin understood of himself as a spokesman for an Anglo-American empire becomes a critical dimension of Morgan’s sketch. As wonderfully entranced with carefully selected British and French opinions of Franklin as Morgan is, however, he never makes clear just how Franklin himself assessed these foreign perspectives. He does not stress that Franklin consciously chose to play to a public from his first years as an apprentice printer. This issue, by the way, raises a significant question for any contemporary reader—namely, when was this particular historical figure’s public reputation born? Franklin’s reputation was alive well before the reputations of most of his revolutionary contemporaries, except perhaps for Washington, and certainly before he acquired notoriety for his experiments in electricity.

According to Morgan, no American in the generation after 1750 had a better grasp than Franklin of an English American empire established on mutual interests and a general understanding of shared sovereignties. In some ways, Franklin’s suggestions for the Albany Plan in 1754—recommendations that Morgan claims were exclusively Franklin’s, not coauthored by Thomas Hutchinson of Massachusetts—envisioned a constitutional framework that could have fashioned a dual sovereignty, the issue that ultimately proved to be a principal breaking point in the crisis of the 1770s. Looking back, Franklin claimed that before 1763, the colonies were lightly “led by a thread” (p. 274). In the years afterward, the king and Parliament turned more and more to thoughts and policies of suppression and control, sparking what both Adams and Franklin claimed was the irretrievable loss of allegiance.

Morgan devotes the major part of his sketch to the embellishment of this long-held historical interpretation of American resistance and executes it in a way that the general reader for whom he writes will appreciate. This biographical sketch of an extraordinary man issues from a senior academic press as a celebration by a most se-nior of our senior historians. Interestingly, Franklin’s story remains for Morgan elusive and difficult to know in part because Morgan elects to tell a partial story, one that dwells on a portrait of Franklin’s public life, almost a third of it spent abroad, in En-gland and France—more than any comparable figure of his generation. Most important here is Morgan’s main emphasis on Franklin’s distinctive history as an American political revolutionary, as one of the principal Founding Fathers, if not the principal one. In order to fashion his Franklin, Morgan depends on two elements that he considers critical for understanding his subject: Franklin’s character and the various contingencies that Franklin met, right or wrong, with such verve.

Given Morgan’s historiographic perspective of causation, these elements are good places to begin a sketch of a most famous man. From the beginning, however, Morgan is uncomfortable when dealing with the subject of fame. Having announced that his sketch is “purposely short,” he asserts that his central purpose is to provide a narrative that “is meant only to say enough about the man to show that he is worth the trouble” (p. xi). He never takes serious soundings of this enigmatic pronouncement. To do so he necessarily would have confronted two major considerations about which he remains essentially silent: the question of fame and the question of rights.

It is difficult to imagine anyone in U.S. history more concerned with fame than Franklin. If we follow a trail that begins even before Poor Richard and includes both parts of his autobiography, we will find a rich trove of commentary on the subjects of the intentional construction of private and public character for the sake of personal satisfaction and, as Douglas Adair aptly puts it, an “obsessive concern with the judgment of posterity” (Fame and the Founding Fathers: Essays by Douglass Adair, edited by Trevor Colbourn [Indianapolis: Liberty Fund, (1974) 1998], p. 36). Perhaps no one of his generation left more of a paper trail on this subject, one that fascinated the Founders in serious and constructive ways that Morgan does not consider with any concentrated scrutiny. Too often Morgan’s Franklin receives applause more with amusement than as confirmation of careful design. Too often Morgan’s Franklin is sketched as diffident. This posture, according to the second half of Franklin’s autobiography, is a part of a greater whole. Its significance cannot be overstated, for it can be argued that Franklin contributed significantly to a redefinition of what ambition meant, fusing it finally and importantly with the meaning of being an American. In some ways, perhaps it is here that Franklin was most revolutionary. Certainly it is here that he left a permanent mark on the American definition of an aristocracy of talent and virtue. Franklin’s commentaries more than anticipated the subsequent French glosses of Cråvecoeur and Tocqueville. Surely for anyone interested in the consideration of American distinctiveness, here is a rest stop of great promise.

Interestingly, Morgan presents a Franklin who was never comfortable with “the people.” Morgan has had a special interest in this historical consideration; his book Inventing the People: The Rise of Popular Sovereignty in England and America was published in 1988. Lacking in Morgan’s treatment in his new book is any careful consideration of the many public commentaries of Franklin the essayist—the thoughts of Poor Richard and the gloss of Father Abraham, just to start. Most pointed, however, was the public statement Franklin made at the conclusion of the Constitutional Convention. In that famous and oft-quoted address in which he appealed for a unanimous endorsement of the Constitution, Franklin articulated with some precision his views of “the people.” Having stated that the Constitution, whatever its defects, was “necessary,” he explained why: “There is no Form of Government but what may be a Blessing to the People if well administered: and I believe farther that this is likely to be well administred for a Course of Years, and can only end in Despotism as other Forms have done before it, when the People shall become so corrupted as to need Despotic Government, being incapable of any other” (in An American Primer, p. 97). Here is a powerful window into Franklin’s view of the civil order, one that Morgan apparently does not see.

Morgan insists that as the rhetoric of resistance heated up during the political debates of the 1760s, Franklin consistently refused to countenance the necessity for “rights talk.” Instead, Morgan’s Franklin relied on personal diplomacy. Only after Parliament’s vindictive overreaction to the brewing of Boston harbor did Franklin take up seriously the question of American rights and then only because he believed that public opinion established the validity of rights claims. Even then, however, he was always more concerned with the practical settlement of political disputes rather than with illusive questions of principle. In other words, Franklin was early disabused of any romance with a Rousseauian world.

Having made this critical observation, Morgan turns the narrative so as to conclude that “in Franklin’s view property was not a natural right” (p. 307). He makes this leap from his reading of a paper “written a few months before Franklin’s death,” in which “[Franklin] argued that property is a ‘Creature of Society and is subject to the Calls of that Society whenever its Necessities shall require it, even to its last Farthing’” (p. 307). It is material here to know whether Morgan and Franklin made Locke’s distinction between society and government. Further, and more significant, Morgan, in stressing this passage, betrays his late-twentieth-century blinders, losing sight of the general eighteenth-century view of property. A brief glance at the history of Franklin’s political economy offers a fundamentally different view. First, as a printer, Franklin combined a sense of entrepreneurship and eighteenth-century patronage that shaped important views of property. Once he experienced initial success, he launched a number of very successful commercial partnerships, the details of which ought to attract the careful attention of legal historians interested in the development of the law of partnerships in America. Finally, having earned sufficient wealth, Franklin could invest in public service, not necessarily because he prized it more highly, as Morgan would have it, but because his assured success as a capitalist made it possible for him to enlarge upon his various interests. To test this idea further it would be instructive to follow Franklin’s legislative and diplomatic careers. Surely his reluctant but growing opposition to Parliament in the years before 1775 was based in very significant ways on his criticism of the English denial of American rights in property. In denying that Franklin’s life can be understood in part as a compelling contribution to the history of U.S. political economy, Morgan misses an opportunity to see more clearly the man who he admits eluded him.