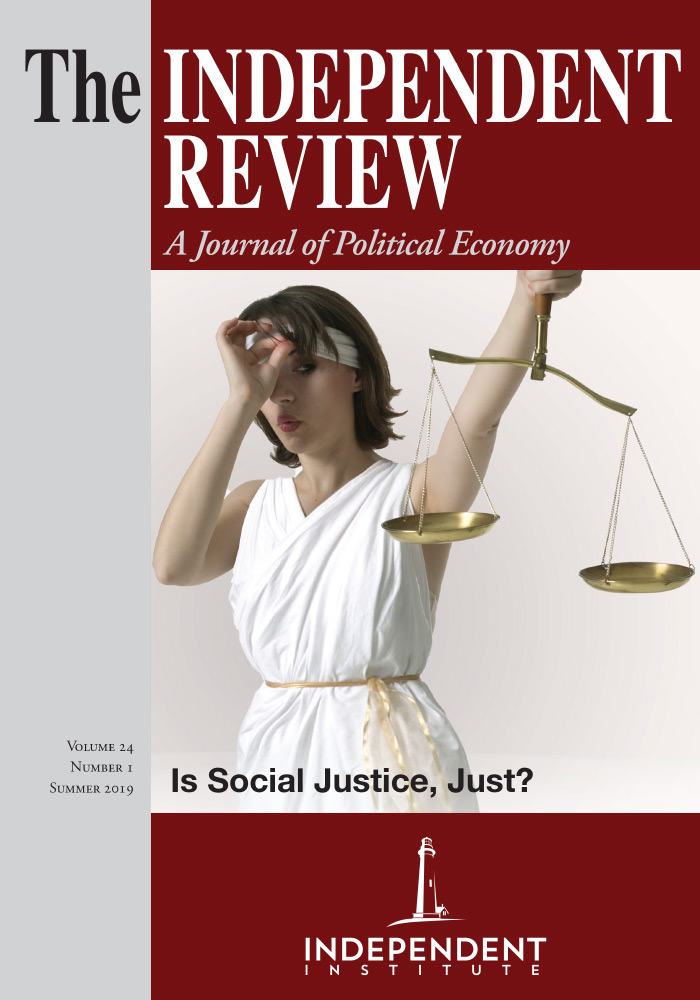 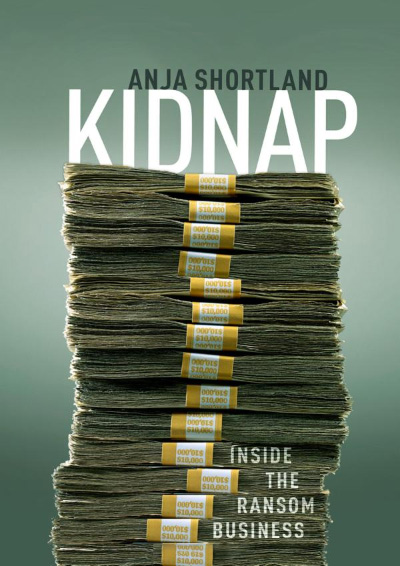 Kidnap
Inside the Ransom Business
By Anja Shortland
Kindle Hardcover Audiobook Audio CD
This book review is a web exclusive for the Summer 2019 issue of The Independent Review.

This is the latest, and in many ways one of the very best, of a recent wave of “New Institutional Economics of Marginal Markets” books. Marginal markets are those where the formal enforcement of contracts is impossible, or so expensive as to be nearly impossible. Two of my favorite examples are Peter Leeson’s Invisible Hook (Princeton University Press, 2009) and David Skarbek’s Social Order of the Underworld (Oxford University Press, 2014). The subtitles of these two books—“The Hidden Economics of Pirates” and “How Prison Gangs Govern the American Penal System,” respectively—reveal that the application of political economic reasoning unlocks much that is new about how the system operates and is governed.

Shortland’s book is a marvelous addition. In some ways, it is “only” an industrial organization book, written in the old style of Alfred Chandler’s The Visible Hand (Harvard University Press, 1977), which means a recounting of the historical origins and evolutionary path of the institutions we now observe. But Shortland, like Leeson and Skarbek, puts the “political” back in political economy, looking at governance structures that exist in friendly antagonism and uneasy symbiosis with the economic logic. The whole thing makes me think of Hayek’s wise maxim that a scholar who only knows economics doesn’t know very much, even about markets.

The key insight of the book is that the market in insuring ransom and kidnapping risks has influenced the way those “businesses” are conducted. To understand ransom and kidnapping, she makes a remarkable—but once she explains it, evidently correct—leap to a larger question about the enforceability of property rights. Armed groups are able to extort and exact tribute. These taxes bear no relation to any kind of voluntary fee or tax paid for the efficient provision of public goods, but the arrangement can look an awful lot like tax-paying citizens living in a state.

If the supplier of protective services has sufficient capacity, both to protect the area against outsiders and enforce agreements internally, kidnapping and ransoming will not be observed, because they are in many ways inefficient, with difficulties of enforcement (captives must be preserved, in relatively good shape, to be worth much, payments must be collectible without transaction costs eating into the margin, information must be obtained by the “pirates” both about whom to take and then how much to charge, and so on).

Shortland notes the efficient solution, from the perspective of the “stationary bandit,” is simply to collect the tribute, using first-degree price discrimination. That means the “protection provider” charges each entity the most it can charge, and there are differences across payers that have nothing to do with the cost of providing protection.

The problem, from the perspective of the protection provider, is that there are transaction costs. You don’t have enough information to charge the perfect discriminatory prices, not least because your “subjects” have incentives to disguise or even not to acquire wealth. Subjects can escape, leaving for other jurisdictions. And so on.

That’s where kidnapping comes in. Kidnapping is actually a “market failure,” or at least an out-of-equilibrium occurrence, because it is expensive for everyone. There are substantial deadweight losses in having to monitor and care for captives. There are large losses in the opportunity cost of time spent in captivity while captors try to gather information about ability to pay. And both delivering the captive and collecting the ransom are dangerous for all concerned.

There are substantial “gains from trade” available from working out a process where all participants can know what to expect and can anticipate compliance from their partners. This is especially true once a kidnapping has taken place and a hostage is being held captive for ransom. On the other, there is a substantial “time consistency” problem as well, since an insistence on not over-paying in this case reduces the expected profitability of future kidnaps for the criminals.

It is in this context that Shortland then introduces the most interesting aspect of the “market”: insurance. At first glance, this is an area where it would appear that insurance would have two problems. 1) It will be too expensive to write insurance, since the captors will recognize that the insurance company has deep pockets and will be susceptible to literal “hold up” problems. Further, the captors and the victim’s family have an odd partnership, where both are pressuring the insurance company to pay even more, whatever amount has already been offered. 2) The moral hazard problem is overwhelming. It may be true that an individual would exercise care to avoid being kidnapped, even if the payment is insured, because of the discomfort and danger of being captured and held by bandits. But a corporation that has secretly purchased insurance on its employees might use the fact that it has private information about danger and expose employees to personal risks because the financial risks are covered by insurance.

The actual story is remarkable—a series of very interesting “aha!” moments, one of the reasons that reading this book is such a pleasure. It is quite true that the “market” for insurance was thin, and almost impossibly expensive. But just as with the captor vs. family of victim relationship, there are potential gains to figuring this out. Remember, kidnapping is an out-of-equilibrium phenomenon, which means that being able to regularize the process and institutionalize it can create Pareto improvements simply by reducing transaction costs. Further, if a firm can occupy a position of monopoly in selling insurance, and unite the bargaining power across all “contracts” with captors, it is possible to reduce both the frequency of kidnapping and the premiums paid by companies doing business in dangerous areas.

The account is complex, and should be read in full. But I will give two highlights. First, variance in willingness to pay, and the amount of payments, create substantial differences in the expected value of different targets. For example, pirates who expect to be able to hold a ship and its crew for ransom will select some flags or registries over others. Since this problem of adverse selection harms some countries or companies more than others, there will be different prices for insurance. But it is precisely in these instances that handing over the negotiation and payment protocol to a third party, in this case local specialists with detailed cultural and perhaps even personal contacts in the dangerous area, will pay the highest dividends. Thus, while insurance may be quite expensive it is much cheaper than self-insurance, which might be prohibitive. That is a necessary condition for the market to exist.

Second, it is both safer and more efficient for “protectors” to deal directly with the companies and to provide protection. This is not a charitable impulse, mind you, but a question of transaction cost and risk preference. Kidnappers cannot operate reliably in an area where they lack institutionalized protection. And in many parts of the world that lack government capacity it is true that this protection can be obtained at a relatively low price. The kidnappers go about their business, and give the protectors a cut. The problem is that this cut also brings risks of retaliation, and loss of the business and wealth that foreign firms bring to the country. If the kidnappers are too aggressive, the wealth created for the protector can be insufficient to justify provision of protection. Insurance companies and foreign businesses can sharply increase the tension in this relationship by outbidding the kidnappers for the provision of protection. Instead of protecting the kidnappers and taking a cut, the protectors can protect firms from the kidnappers, or at a minimum intercede on behalf of foreign firms if the kidnappers are violent and make excessive demands. And while it might seem that this protection “contract” would be sketchy, Shortland gives a number of compelling examples where protectors are effectively disciplined by the reputational concerns, the shadow of the future leading them to obey the terms of the agreement. In conditions where the protector is secure, in fact, they may even offer credit and not even pretend to retain captives under close control, because the contract is universally self-enforcing. Literally all participants would be worse off if the informal protection deal breaks down and the system reverts to overt and violent kidnapping.

After years of research and hundreds of interviews, Anja Shortland has delivered a truly excellent book, one worth studying for the insights it contains into the new political economy and the new institutionalism.