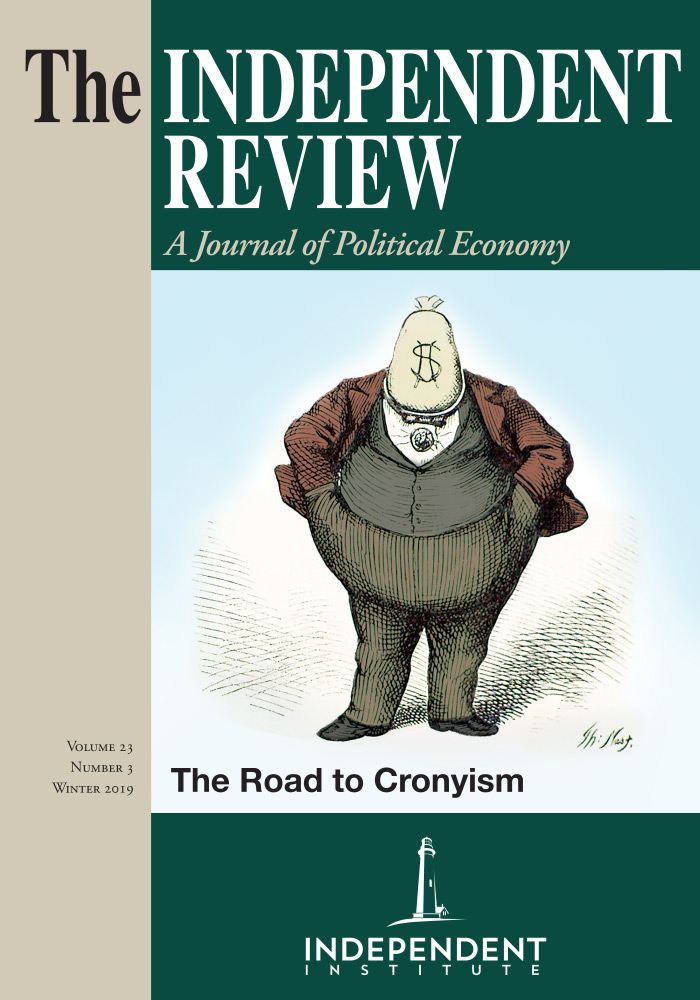 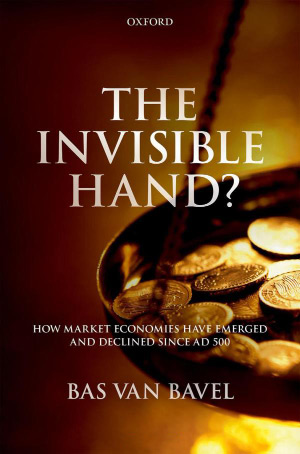 The Invisible Hand?
How Market Economies Have Emerged
By Bas Van Bavel
Kindle Hardcover Paperback
This book review appeared in the Winter 2018/19 issue of The Independent Review.

Economic historian Bas Van Bavel makes claims in The Invisible Hand? that are antithetical to the beliefs of most readers of this journal and should be given serious consideration. Exploring the emergence and decline of markets over long historical periods, he finds little to support a basic contention of contemporary social theory that links markets with human freedom. He finds instead that subjecting the factors of production—land, labor, and capital—to markets is self-undermining and gives rise to feedbacks that result in declining welfare over time and eventually to downfall.

The liberation of factor markets from moral and communal oversight triggers an initial growth surge characterized by asset accumulation that enables market elites to gain political leverage, which they then use to shift terms of trade to their advantage. It matters little which groups build the market or which social allocation systems they employ—state, kinship, associations such as guilds, or communes—the end result is always mass inequality, immiseration, the widespread sorting of workers into castes, and rigid managerial hierarchies. Yet when institutional sclerosis seals off innovation and an absence of competition prevents a rebalancing, economic decline results in everyone being less well off.

Free factor markets are hardly a comparatively recent phenomenon. Monetary transactions with prices predominantly determined by the market were prevalent in a variety of premodern settings, including Babylonia, Egypt, Italy, and China, with the consistent outcome being a consolidation of wealth among a minority and poverty for the masses. From among the many possible examples of these trends, Van Bavel concentrates on Iraq in the early Middle Ages, Italy in the Middle Ages, and the Low Countries during the late Middle Ages and early-modern period. In the first two examples, market-inspired growth spurts ended in collapse. The Netherlands did a little better, ending in stasis and rigidity but avoiding absolute decline.

When the population finally retreats from markets, the costs of decline fall on all social strata. Thus, there is considerable irrationality among the winners, who fail to see decline coming and are unwilling to break the existing unanimity even as they approach a threshold at which sustainable growth is no longer possible. A sunk-cost miscalculation is in play. The slow response to ongoing problems that go unrecognized in their early phases results in high overall costs later. What accounts for this deviation from rational decision making by the elite? Van Bavel explains that an adaptive response to the changing growth dynamics in the economy does not occur due to the polarization of the elite from the fate of the rest of the population. Readers will recognize the logic of a Mancur Olson–type scenario of decline in which the encompassing interests of society are not articulated.

The picture Van Bavel presents of economic cyclicality sharply deviates from the way long-term economic change is commonly represented by linear equilibrium projections. Economists have recently favored an approach in which societies move from one point to another on a linear continuum until a critical juncture is reached, usually some externally administered perturbation, such as the great plague of the fourteenth century or the English Revolution of the seventeenth century, which causes a shift to another stable equilibrium state. The novelty of Van Bavel’s conception resides in his identification of the sources of instability within the internal dynamics of the polity.

In the concluding chapters, Van Bavel shifts focus to consider where we are in the evolution of globalization. He depicts a transition in which the possibilities for cooperation and conflict are evolving in the wrong way. Again, we are witness to how the logic of collective action—diffuse costs and concentrated benefits—in historical regimes produces cycles of decay. Once market elites obtain a dominant position, the emphasis of public policy becomes the protection of capital. Avenues for novelty and openness are shut down. Van Bavel sees this process occurring globally in the growing power of international companies, the globalization of capital markets, and an openness toward foreign investment at the expense of equity for workers. He is persuaded that contemporary yield rates from investment already exceed rates of economic growth, which increases the burden of inequality. Taxes on wealth are declining, and, to take up the shortfall, taxes on consumption are increasing, a sign that once again the long-term alignment of capital and human welfare is diverging.

Van Bavel thinks the past can tell us where this reversion of globalization might be heading, but he counsels against forbearance. The domination by market elites need not be the logical end of market development. The West, he is optimistic, still possesses living traditions that can prevail: political systems that facilitate countervailing powers, a diversity of exchange systems, and highly developed civil organizations with the capacity to self-organize to combat the arbitrariness of elite power. He worries, however, that institutional foundations needed for corrective action are generally weaker in other regions. This thesis must be reckoned with if liberalism is to thrive. The details are fascinating and well documented.

Bas Van Bavel has given both public policy and comparative institutional history a great boost by asking big questions about where we are in the history of economic development, looking at contemporary quandaries through the lens of long-term historical patterns.