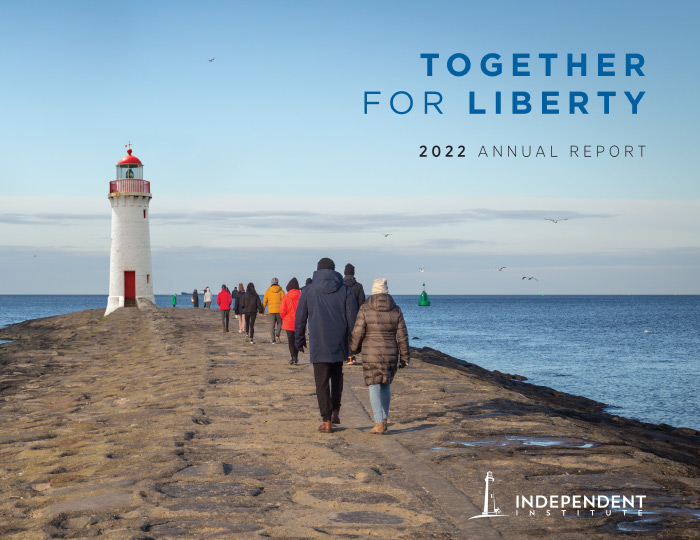 I think we can all agree on the latter sentiment: the past year has seen the unfolding of a case study straight from Crisis and Leviathan. We’ve seen previously unimaginable power grabs dictate the terms of private business, personal liberties, and education; novel medicines mandated across populations, regardless of demonstrated benefit; the censorship of speech and suppression of information; bald-faced lies from political leaders; and lockstep support from institutions we used to view as independent—including academia, the media, and even scientific and medical associations. And of course, here at Independent, we experienced the sudden loss of our Founder and my husband, who had set the principled standard by which we charted our course.

But it has also been the best of times, proving that despite all efforts to the contrary—and perhaps even more so, for all that opposition—truth will out.

Independent effectively deploys a full range of strategies in leading the conversation around solutions that accord with individual and economic liberty, as well as human worth and dignity. While everything we do is grounded in rigorous, peer-reviewed research into the root causes of and innovative solutions to seemingly intractable challenges, we employ both
traditional and new outlets, encouraging audiences to consider approaches that go beyond the narrow Left-Right divide.

We thank you for your support during this difficult year, and we look forward to continuing to partner with you in lighting the way to a brighter future for our families, communities, and country.