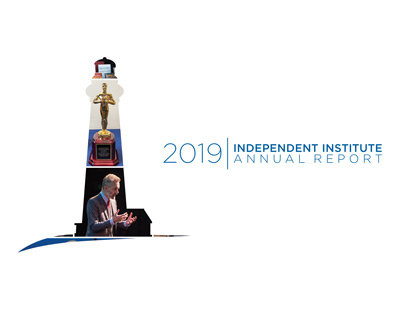 In 2020, Americans are facing another historic choice that will greatly affect the future of our country and the world. Government power today has grown enormously and in disturbing ways into every aspect of our lives and in ways America’s founders could not have imagined.

While America’s political class continues to wrap itself in the “progressive” myth that they were anointed to rule others for their own good, most people increasingly mistrust this “fatal conceit” (as Nobel Prize-winning economist Friedrich A. Hayek termed it).

Political scientist Angelo Codevilla—who serves on the Editorial Board of Advisors for our quarterly journal, The Independent Review—has shown that the ideas and institutions of liberty, justice, common decency, and the rule of law cannot be so easily extinguished. The human heart rebounds, as the reigning narrative supporting unchecked government power evokes suspicion and mistrust.

Thus it is a sign of health that many Americans are troubled at what appears to be a permanent class of parasitic and unaccountable governing elites who, despite their claims, hypocritically work to control people in order to redistribute wealth and power to themselves and at the expense of everyone else.

As the governing elites have grown in power and privilege, affordable healthcare and housing, quality education, safety and security, and economic opportunities have moved beyond reach for many, especially the young. Meanwhile in the 2020 race for the White House, self-described “progressive” politicians are doubling down on their demands for gigantic tax hikes, spending splurges and mandates, along with protracted wars and abuses of civil liberties.

The Independent Institute has been at the forefront to redefine and redirect public debate to recapture the ideas and institutions of free societies, and to generate a cultural renaissance shunning the folly of runaway government power. We invite you to join with us at this exciting juncture to build a better future for 2020 and in years to come.