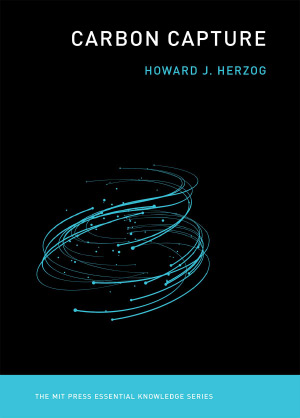 Carbon Capture
By Howard J. Herzog
Kindle Paperback Audiobook Audio CD
This book review is a web exclusive for the Spring 2019 issue of The Independent Review.

Taxing carbon dioxide emissions has been a tough sell in the United States. However, pressure to do so has been growing. One example is the recent Economists’ Statement on Carbon Dividends (Wall Street Journal, January 16, 2019), which was signed by twenty-seven Nobel-winning economists and every living former chair of the Council of Economic Advisors—all the Democrats and all the Republicans. The statement’s first policy recommendation says: “A carbon tax offers the most cost-effective lever to reduce carbon emissions at the scale and speed that is necessary. By correcting a well-known market failure, a carbon tax will send a powerful price signal that harnesses the invisible hand of the marketplace to steer economic actors towards a low-carbon future.”

If a carbon tax is in the cards, it will cause substantial changes in energy consumption and spur significant technological developments. One of these is carbon capture and storage (CCS), the subject of a short but unusually informative book by Howard Herzog. Herzog is Senior Research Engineer in the MIT Energy Initiative. He was awarded the Greenman Award in 2010 in recognition of contributions made to the development of greenhouse gas control technologies and was coordinating lead author of the 2005 Special Report on Carbon Dioxide Capture and Storage of the Intergovernmental Panel on Climate Change (IPCC).

Herzog excels at explaining the technical details of carbon capture and storage, which turns out not to be an untested technology. Carbon capture has been used since 1978, and works most efficiently on large, stationary sources of carbon dioxide. A key indicator of the degree of difficulty and cost of capturing carbon from a gas stream is the partial pressure—the pressure of the gas stream multiplied by its CO2 concentration. It isn’t feasible for automobile tailpipes or the chimney of your house, but works well for fertilizer plants, and has a potential for use in large-scale power plants. The amine process is capital intensive and requires a fair amount of energy to work. A key table estimates that installing the latest carbon capture technology would inflict an energy penalty of 24% at a supercritical pulverized coal power plants, boosting the cost of electricity to consumers by about 20 to 30%, with a mitigation cost of $63 per ton of carbon dioxide. At natural gas combined cycle power plants, the mitigation price is about $87/tCO2. These estimates are well above most economists’ estimates of the marginal external costs (i.e., damages) from emitting carbon dioxide into the atmosphere and well above likely carbon taxes. However, if the tax is put in place, it may be comforting to know that the supply of mitigation from carbon capture becomes very elastic at prices below $100 per ton. Herzog surveys alternative carbon capture technologies, concluding that it is a young field, with room for improvement—but doesn’t identify any especially promising alternatives to the current amine process technology.

What does one do with carbon dioxide after it is captured from an industrial or power plant? Currently, there’s an active market for use in enhanced oil recovery whereby CO2 is injected into oil reservoirs to increase viscosity so that more petroleum can be extracted from wells. Wholesale carbon capture, however, would necessitate long-term storage of massive amounts of carbon in the earth’s crust, but Herzog notes that the planet’s storage capacity is truly massive: “even at the low end of the range [of estimates], these numbers are large, representing hundreds of years of U.S. emissions” (p. 84). He is much less sanguine about recycling and reusing all the captured carbon.

What about removing carbon dioxide directly from the atmosphere via massive “air purifiers”? This idea is an unrealistic pipedream because concentrations of CO2 are so low. Direct air capture would cost about $1000 per ton. Herzog concludes that less direct methods of capturing carbon from the atmosphere (e.g., planting trees, adding alkalinity to the oceans, fertilizing the oceans, and enhancing the weathering of minerals) don’t hold much potential. “The best way to remove CO2 from the air is to not release it into the air in the first place” (p. 133).

Finally, Herzog turns to public policy, foreseeing a day when carbon capture is a “major player” (p. 168). He’s a fan of significant action to reduce greenhouse gas emissions but effectively concedes people aren’t willing to pay much to tackle the issue—so the authorities will need to hide the costs (something they keep getting better at doing). Directly subsidizing carbon capture and storage faces a rocky path because the right generally thinks it’s an expensive solution to a non-problem or small problem, while the left generally sees it as a safety net for evil fossil fuels. The Economists’ Statement on Carbon Dividends wisely doesn’t mention a specific carbon tax, but few economists believe that the damages from carbon dioxide are as high as the substantial cost of carbon capture. For these reasons, I doubt that carbon capture and storage will gain much traction in the foreseeable future.