What Are You Thankful For? Here are Five Awesome Global Trends
By Art Carden (Forbes, 11/22/18)

When we compare the world to our visions of the ideal, we picture a planet ravaged by war, famine, cruelty, and poverty. But this characterization misses the forest for the trees. In fact, the world in 2019 is becoming richer, cleaner, less violent, and more literate. READ MORE »

Too often, Republicans in Congress have avoided tackling the hard problems that voters care about the most—issues such as healthcare, immigration, and the environment. Except on corporate tax reform, they have settled for rhetoric over substance and have given in to special interests. READ MORE »

Sidestepping Congress to Build the Wall
By Craig Eyermann (The Beacon, 12/28/18)

Could the Trump administration barricade the U.S.-Mexico border without Congress specifically authorizing the funds to pay for it? Former Republican lawmaker Jason Chaffez shows how the president could bypass the official appropriations process by following a page from his predecessor’s playbook. READ MORE »

In theory, the left has championed the reduction of income inequality and the elimination of race-based discrimination. In practice, however, America’s left-leaning universities have arguably made it harder to achieve these goals. READ MORE » 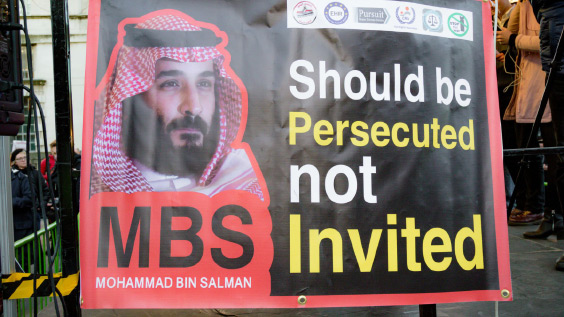 Even if liberal democracies cannot always model their foreign policies on the principles that underlie their own constitutions, there are lines they should never let an illiberal ally cross. For his role in the killing of dissident journalist Jamal Khashoggi, Saudi Arabia’s crown prince should face consequences. If not, Saudi human-rights abuses are likely to worsen. READ MORE »