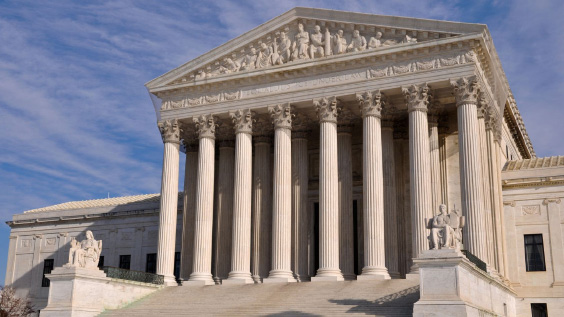 The Supreme Court ended its 2017-2018 term with a series of monumental decisions, culminating in last week’s rollback of coercive funding by public-sector unions in Janus v. AFSCME. Henceforth, such unions must keep their hands off the wallets of nonmembers, even to the extent that a union engages in collective bargaining on their behalf. In other words, no more “fair share” fees from unwilling workers. Writing at The Beacon, Independent Institute Research Fellow William J. Watkins Jr. rejoices after noting a key passage from the 5-4 majority decision: “We conclude that this arrangement violates the free speech rights of nonmembers by compelling them to subsidize private speech on matters of substantial public concern.”

In a separate piece at The Beacon, Independent Institute Policy Fellow K. Lloyd Billingsley echoes this enthusiasm: “The Supreme Court ruling tells AFSCME, a powerful government union, to get its greedy hands out of Mark Janus’ pocket. That allows Janus, and all non-union government workers, to spend their own money as they see fit. If taxpayers and the public count that as a victory, it would be hard to blame them.”

The Janus ruling, however, doesn’t stop every objectionable activity by public-sector unions, according to Independent Institute Research Fellow Vicki E. Alger. In many states, teachers unions get funding from school districts—and hence from taxpayers who may disagree with union policies. In California, teachers unions are lobbying for a bill, AB 2577, designed to help them secure public funding. At the same time, they are lobbying against tax-credit educational scholarship programs. “Those credits, teachers unions argue, should instead fund government schools—or perhaps the unions themselves, if the California union subsidy bill passes,” Alger writes.

Victory for Public Workers at SCOTUS, by William Watkins (The Beacon, 6/27/18)

SCOTUS Ruling in Janus Gives Power to the Workers, by K. Lloyd Billingsley (The Beacon, 6/27/18)

The Fight for Freedom Must Continue Post-Janus, by Vicki Alger (The Beacon, 6/16/18)

As We Await the Janus Decision, Catholics Should Re-Examine Support for Unions, by Adam B. Summers (The Orange County Register, 6/1/18)

Why Is the U.S. Catholic Bishops’ Conference Backing Compulsory Union Speech?, by Adam B. Summers (The Washington Examiner, 5/22/18) 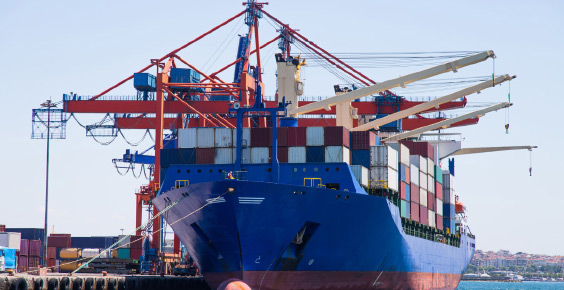 What began with a hardball negotiation tactic—perfected in the gladiator’s pit that is the New York City real-estate industry—now has the makings of a full-fledged trade war. This week Canada and China are set to impose $44.6 billion in tariffs on U.S. goods in response to the Trump administration’s tariffs, and the European Union has promised its own retaliatory levies totaling $290 billion if Trump goes through with his tariff threats. Although the White House claims its steel and aluminum tariffs are necessary for national security—as per Section 232 of the Trade Expansion Act of 1962—in truth the motive is crass domestic politics, according to Independent Institute Research Fellow Samuel R. Staley.

“By intervening directly to prop up two industries with very narrow geographic bases—in regions Trump will need to carry should he run for re-election in 2020—the White House has openly demonstrated its willingness to use the levers of federal policy to support interests that serve its own personal and partisan political interests,” Staley writes in an op-ed for The Hill.

Trump campaigned as an opponent of free trade, supposedly (but mistakenly) in defense of a struggling blue-collar workforce. But he also campaigned against the public giveaways to special interests that Obama and Bush so frequently pampered. If he never spelled out how he would decide between the two competing priorities, it has since become clear. “In jettisoning a free market, the Trump administration is showing little restraint in adopting the same tactics used by political progressives to pursue his own priorities, which are becoming more partisan and less principled with each passing month,” Staley concludes.

Whatever becomes of Pope Francis’s meeting with oil executives and investment managers, it’s clear that the pontiff is running low in his understanding of the economics of climate policy. “Simply put, the pope’s ideas on climate change would end up hurting the world’s poorest members, the very people his supporters think they are helping,” writes Independent Institute Research Fellow Robert P. Murphy, contributor to Pope Francis and the Caring Society, in an op-ed at American Thinker.

To be sure, the pontiff is hardly unique in this regard. Climate alarmists of all faiths commit a non sequitur of biblical proportions when they leap from “carbon dioxide is a greenhouse gas” to “Earth will perish unless the United States abides by the Paris Accord.” As Murphy notes, even the arch-advocate of carbon taxes, Yale University economics professor William D. Nordhaus, has admitted that the accord’s policy goal—limiting global average temperature increases to 2 degrees Celsius—is neither science-based nor feasible.

More to the point, mandated emissions restrictions would slow economic growth and keep much of the world impoverished. This is hardly a worthy by-product of a Save-the-Earth climate policy. “If Pope Francis achieves his goal of quickly reducing greenhouse gas emissions from the consumption of oil and other fossil fuels, he may unwittingly condemn the world’s poorest people to the unnecessary misery of abject poverty,” Murphy concludes.

On June 6, voters in Santa Clara County, California, removed Judge Aaron Perksy, payback for his issuing a lenient, six-months sentence in a high-profile sexual assault incident at Stanford University. The recall, which passed by a margin of 61.51 percent to 38.49 percent, marked only the fifth time in California history that a judge was sent packing. More significantly, according to Independent Institute Research Fellow William J. Watkins Jr., the recall properly illustrates the principle of popular sovereignty.

“For decades law professors have inculcated in future lawyers, judges and legislators the principle that judicial office is something like a divine ordination,” Watkins writes in an op-ed at InsideSources. “Such teaching would be anathema to our Founding Fathers.”

The American Republic, in fact, owes its very existence to the principle of popular sovereignty. Our courts, no less than our legislatures and executive branches, are agents of the people. “Contrary to the squeals from academia, the removal of Judge Persky does not eviscerate a reasonable version of judicial independence,” Watkins continues. “The carte blanche for judges demanded by the law professors would permit the people’s agents on the bench to exercise unfettered discretion much as the British Parliament exercised over the colonies.”