1) Veterans Affairs in Limbo as Usual

In hindsight, the only thing surprising about last week’s ouster of Department of Veterans Affairs chief David Shulkin was that President Trump fired him via Twitter. The agency’s size (360,000 employees, $186 billion annual budget) is second only to that of the Pentagon. Its internal turf wars may be just as epic. Consequently, Shulkin’s downfall had less to do with a European travel junket than with a bureaucratic brawl regarding the scope and pacing of VA reform.

Since the VA became a cabinet-level agency almost 30 years ago, seven of its nine chiefs have left office before their term expired. The agency’s culture of corruption goes back decades further, as the late historian and Independent Institute Research Fellow Ronald Hamowy has explained. Making the VA an effective and efficient servant of the nation’s veterans must therefore go hand in hand with ridding the agency of its toxic culture. “And so it must go,” Eyermann writes, “whether the VA wants it to be, or not.” For a sound approach to reforming the VA and many other government agencies, see Better Than Government: A New Way of Managing Life’s Risks, by Independent Institute Senior Fellow John C. Goodman.

Reform Coming to the VA, Whether It Wants This or Not, by Craig Eyermann (MyGovCost News & Blog, 4/2/18)

Failure to Provide: Healthcare at the Veterans Administration, by Ronald Hamowy (3/18/10)

2) What the Pope Doesn’t Know about the Environment

Along with poverty reduction, Pope Francis made environmental protection a theme of his 2015 encyclical about “care for our common home.” Unfortunately, the pontiff voiced widespread misunderstandings about markets and the environment, mistaken claims he repeated last January during his widely reported visit to Peru. In truth, rather than being inherently antagonistic, the free market creates strong incentives for the prudent conservation of earth’s amenities.

“Private property and the profit motive are crucial to the long-term preservation of resources, from water and land to endangered species,” write Independent Institute Research Fellows Robert M. Whaples and Adam B. Summer in a recent op-ed. “Pope Francis and other critics of free-market capitalism need to understand that the deciding issue isn’t whether or not capitalists—or companies—have humanitarian motives. It’s whether or not the environment and humanity are better served when environmental resources are privately owned and property rights are vigorously enforced, or when government runs the show.”

Free-market pricing for water, for example, discourages the wasting of that scarce resource, whereas mandated below-market pricing encourages demand to outstrip supply. Similarly, a free market in rhinoceros farming and the sale of horns drastically reduced rhino poaching in South Africa, whereas a ban in neighboring Kenya decimated the rhino population, Whaples and Summer explain. Such examples can be found around the globe, enabling us to draw a robust conclusion. As one study by Guatemalan economist Daniel Fernandez puts it, “The greater the economic freedom, the better the environmental quality indexes.”

To Protect the Environment, Pope Francis Should Look to Free Markets, by Robert M. Whaples and Adam B. Summers (The Daily Caller, 3/13/18) 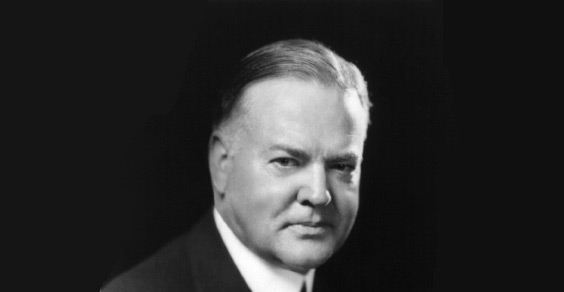 President Herbert Hoover was bad on economic policy; it was his interventionism, not his alleged restraint, that deepened and prolonged the Great Depression. His record on political liberties was also generally poor. Nevertheless, Hoover’s national-security policy is highly underrated. In a recent piece for The American Conservative, Independent Institute Senior Fellow Ivan Eland goes so far as to call it “one of the best in American history.”

In Latin America, Hoover withdrew the U.S. Marines from Nicaragua, abandoned the “dollar diplomacy” characterized by President Woodrow Wilson’s two invasions of Mexico, and stopped 30 years of meddling in the internal affairs of countries in the region. In East Asia, Hoover responded to the crisis precipitated by Japan’s 1931 invasion of Manchuria by seeking to play the role of mediator rather than pursuing a military option, because the conflict didn’t imperil the freedom or economic future of the American people. In doing so, Hoover likely prevented a worse disaster for the United States than what began a decade later at Pearl Harbor.

Hoover’s signing of the London Naval Treaty of 1930—which banned all naval arms of the signatories until 1936—was also prescient. The treaty helped allow countries to focus internally during the Great Depression (not that they adopted the right economic remedies). Bottom line: Thanks to Hoover’s foreign-policy restraint, not a single American died in a foreign conflict. It was a grand performance that the United States today, secure with its vast inventory of nuclear weapons, intercontinental missiles, and long-range bombers, has the physical capability to repeat. “And,” Eland writes, “given the nearly $21 trillion national debt, national exhaustion over recent interventions in the Middle East, five simultaneous drone wars that the United States is presently conducting, and consequent election of a populist president who has promised a less overextended U.S. foreign policy, now would be the perfect time to follow Hoover’s example.”

Herbert Hoover Had the Best National Security Policy of the 20th Century, by Ivan Eland (The American Conservative, 3/27/18)

4) The Secret to Mending Our Political Differences

Government activism creates winners and losers—those who benefit from public subsidies, favoritism (official or otherwise), and the disparate impacts of various regulations, and those who are disadvantaged by them. This activism messes with our minds, not just our pocketbooks.

As Independent Institute Senior Fellow Robert Higgs explains in his latest column in The Independent Review, government activism feeds the bitter partisanship and mind-numbing groupthink that have been tearing at the fabric of Western political culture. That’s because people assess their standing in society through the lens of ideology; they identify themselves as members of a tribe that’s on either the giving end or receiving end of the government’s actions. (In reality, they may be both “givers” and “takers.”) Group allegiances come into play, along with a zero-sum, “us versus them” mentality.

To curb a movement toward greater political divisiveness in the United States, assuming there is such a trend, it is therefore necessary to slow, halt, or reverse the growth of government. To be sure, the effort is a herculean task. The beneficiaries won’t easily relinquish their bounty. “They will fight any changes that would require them to surrender benefits, policies, and programs in which they are deeply invested not only materially but also ideologically,” Higgs writes. “Such resistance constitutes one of the important aspects of the ratchet effect in the growth of government, whereby each major lurch toward greater government becomes at least in part irreversible.”

Subscribe to The Independent Review and choose a free gift!

Crisis and Leviathan: Critical Episodes in the Growth of American Government, by Robert Higgs