←  ABOUT US
About
›
Board of Advisors, In Memoriam
›
Person Detail
Ronald Hamowy 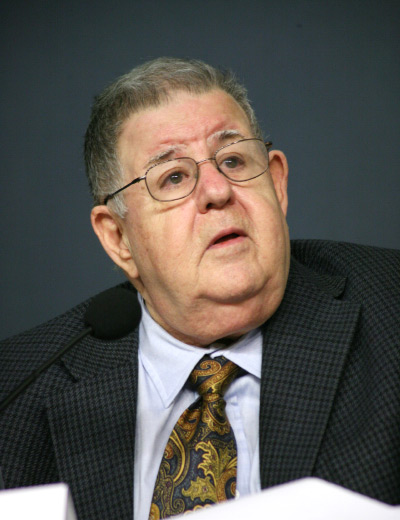 Ronald Hamowy (1937–2012) was a Research Fellow at the Independent Institute and Emeritus Professor of History at the University of Alberta, Canada. He received his Ph.D. from the University of Chicago under the late Nobel Laureate economist and philosopher Friedrich A. Hayek.

Professor Hamowy's scholarly work focused on two disparate areas: eighteenth-century British political and social history and the intersection between medicine and law in twentieth-century century North America. Among his books are an edited and annotated edition of the eighteenth-century British classic political volumes, Cato's Letters, or Essays on Liberty, Civil and Religious, and Other Important Subjects; his edited volumes, The Encyclopedia of Libertarianism and Dealing With Drugs: Consequences of Government Control; and his authored books, Canadian Medicine: A Study in Restricted Entry, The Scottish Enlightenment and the Theory of Spontaneous Order and Government and Public Health in America.

His articles have appeared in numerous publications, including the William and Mary Quarterly, History of Political Thought, Journal of Libertarian Studies, Inquiry, Philosophy of the Social Sciences, and The New Republic.