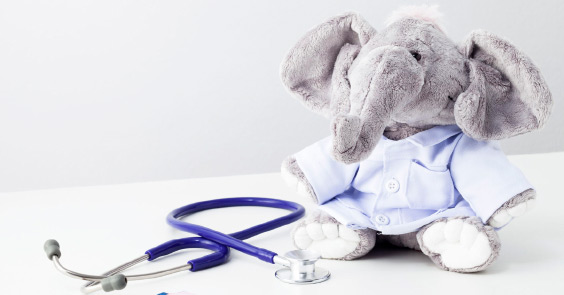 Last month the Republican Congress extended the Children’s Health Insurance Program (CHIP) another six years and increased its annual funding by approximately $1,400 per child. Signed into law in 1997, and with GOP support, CHIP has succeeded in greatly reducing the number of uninsured children. Unfortunately, the program was the wrong way to serve a worthy goal, according to Independent Institute Senior Fellow John C. Goodman in a recent op-ed at Forbes.

The same year that Congress passed CHIP, it also enacted the child tax credit—an amount originally about equal to the health insurance premium for a child—again with GOP support. However, the tax credit came with no strings attached: parents were not required to apply the refundable credit toward health coverage for their children. As healthcare costs rose over the years, pressure for more government funding of CHIP also rose; last month’s increase in CHIP funding was thus unsurprising. The 2017 tax overhaul signed in December doubled the child tax credit—again without necessarily increasing the percentage of children with health coverage.

What’s truly disheartening, according to Goodman, is that Congress failed to reform CHIP. It remains the “must-go-to” single-payer health insurance for children. “Parents aren’t able to use their CHIP funds to enroll in a private plan,” Goodman writes. “There is no expansion of Health Savings Accounts. No opportunity for low-cost, very efficient concierge (direct pay) care. As far as healthcare taxes and children are concerned, it was business as usual.”

The Oroville Dam spillway collapse last February in Northern California, which forced the evacuation of 180,000 people and cost millions in property damage, was a public relations nightmare for the agency that runs it—the state Department of Water Resources. Subsequent reports of bureaucratic mismanagement have only lowered the public’s already-low esteem for the agency. The best way to move forward is therefore to privatize the dam and 43 other dams currently under the agency’s purview, according to Independent Institute Senior Fellow Lawrence J. McQuillan.

“Government ownership of infrastructure such as the Oroville Dam comes with little accountability and the automatic assumption of taxpayer bailouts when problems arise, which increases the likelihood that they will,” write McQuillan and co-author Hayeon Carol Park in a new op-ed in the San Francisco Chronicle.

Along with the collapsed spillway and years of poor disclosure regarding the Oroville Dam’s safety problems, McQuillan and Park note another data point in support of their claim: the agency’s estimates for repairing the dam have soared since its initial projection. As for critics skeptical about privatization, McQuillan and Park note that, in the 1990s, the Clinton administration’s “reinventing government” initiative led to the sale of “19 federal water projects to nonfederal owners by 2006.”

The California Department of Water Resources Wins Dishonor of California Golden Fleece Award for Its “Patch and Pray” Approach to Dam Safety, by Lawrence J. McQuillan 10,17/17

Aquanomics: Water Markets and the Environment, edited by B. Delworth Gardner and Randy T Simmons

Quick—who were the biggest losers in Super Bowl LII? If you think it’s the New England Patriots, you’re not thinking hard enough. According to Independent Institute Research Fellow Craig Eyermann, who writes regularly at MyGovCost News & Blog, the biggest losers are the taxpayers who paid for the stadium. But that’s just one of the ways in which political economy intersects with the Super Bowl.

As Independent Policy Fellow K. Lloyd Billingsley suggests in his latest column at the Daily Caller, the differences between the NFL and electoral politics can be as significant as their similarities. Unlike in politics, what happens on the playing field is about substance, not form. “It’s all about players who deliver value whenever they’re on the field, and it’s about their commitment to action—not rhetoric.”

Billingsley also offers interesting observations about college football. The players are, in some respects, unpaid serfs. While their academic-related expenses are often taken care of, their work on the gridiron typically goes uncompensated. Politicians “prohibit college players from earning money for their play on the field, even though they risk serious injury every game,” Billingsley writes. “By one count, only 1.5 percent of more than 20,000 college football freshmen will make an NFL roster.”

Politicians Could Learn a Thing or Two from the Super Bowl, by K. Lloyd Billingsley (The Daily Caller, 2/2/18)

Barring an abrupt reversal in policy, the White House appears to have sealed the fate of the approximately 200,000 Salvadoran immigrants who came to the United States after two major earthquakes devastated El Salvador in 2001. The administration is ending their Temporary Protected Status (TPS) and sending them back to a country plagued with economic problems and gang violence. The decision is “a perfect example of what’s wrong with U.S. immigration policy,” writes Independent Institute Senior Fellow Alvaro Vargas Llosa in a new op-ed at US News & World Report.

After years of living in the United States, many Salvadoran immigrants have stronger ties in the United States than in El Salvador. With 88 percent participation in the U.S. workforce—compared to 63 percent for the general U.S. population—it’s safe to say they contribute more value to world economic output by working in the United States than they would in El Salvador. (They also send remittances to family back home.) The Salvadoran TSP-ers also follow the standard cycle of U.S. immigrant assimilation. “That’s why, for instance, the children of Salvadoran immigrants complete high school at a rate five times higher than their parents,” Vargas Llosa writes.

“The plight of the Salvadorans who have been working and raising their children here for two decades under a periodically renewed TSP—a consequence of the failure to pass immigration reform and create a legal mechanism for immigrants to come out of the shadows permanently—is further proof that U.S. immigration policy is absurdly contradictory, lacks a comprehensive view of how the moving parts of the economy fit together, and shows little historical awareness of how immigrant groups assimilate and help make the United States the dynamic economic and cultural powerhouse it is today,” Vargas Llosa continues. “America is better than this.”

The Independent Institute is currently seeking a Publications Project Manager to provide production and editorial support and manage the detailed aspects of producing publications and marketing collateral. This is an exciting opportunity for the right candidate to help run the production end of an award-winning book program