The United States was long considered the global leader in innovation. And yet, the foundations of innovation are under constant regulatory attack from every level of government—federal, state, and local. In contrast, a few governments elsewhere are doing a good job at empowering—and embodying—the entrepreneurial mindset. In a recent piece for The Beacon, Silicon Valley venture capitalist Tim Draper, who will be honored for his contributions to innovation and entrepreneurship at Independent Institute’s 30th Anniversary Gala for the Future of Liberty on September 22 in San Francisco, explains what governments are doing wrong and what we might accomplish if they did things right.

Estonia is one example of what the United States could be doing but isn’t. As Draper notes, it takes only 20 minutes to register a new company online there, even for non-citizens registering from abroad, and tax refunds arrive in only two days; everyone can use a digital signature in their dealings with the government, which cuts down on paperwork and helps streamline interactions with government agencies. These improvements, Estonia’s former Prime Minister told Draper, have saved his nation the equivalent of 2 percent of its GDP. Another example is Japan, which just ended its 8 percent consumption tax on Bitcoin and now recognizes it as currency; entrepreneurs utilizing cryptocurrencies and blockchain technology will now gravitate toward the Japanese market. There’s no good reason the United States can’t follow such examples and establish a friendlier climate for entrepreneurship.

Moreover, if the United States (and other governments) were to lift various regulations, this would enable innovators and entrepreneurs to more easily take on difficult societal problems, including mediocre schools, costly healthcare, persistent homelessness—even international conflict and economic recessions. After lifting the regulatory roadblocks and laws that impede effective philanthropy, crowdfunding, and incentive contests, “the people can then innovate and provide solutions—cheaper and more effective solutions than a government bureaucracy,” Draper writes.

A Gala for the Future of Liberty, Ritz-Carlton San Francisco, September 22

President Trump this morning rescinded a controversial immigration program enacted by his predecessor, but he’s given Congress six months to act before his order kicks in. An estimated 800,000 young immigrants, or “Dreamers” as they’re called, fall under the DACA program—short for “deferred action for childhood arrivals”—and so public debate is destined to get red-hot. It would be a horrible mistake if the debate failed to yield an overhaul of U.S. immigration policy. That’s because it’s a faulty immigration policy that created the problem of illegal immigration in the first place, according to Independent Institute Research Fellow Abigail Hall.

“Those who oppose illegal immigration should focus their attention on fixing a broken immigration system—not deporting millions of people,” Hall writes in an op-ed for The Hill co-authored by University of Tampa economics professor Michael Coon.

As Hall and Coon explain, the United States has approved visa applications for 1.3 million Mexicans but issues only about 25,000 visas for Mexicans per year. In other words, it would take half a century for all approved applicants to be admitted into the United States. Clearly, the system is broken. “The problem with immigration today is not that hordes of nefarious foreigners are entering our country because they have no respect for the law,” Hall and Coon continue. “The problem is that our law makes it nearly impossible for otherwise good people to do the right thing.”

Feds Should Focus Less on Fixing Immigrants and More on Fixing the Law, by Abigail R. Hall and Michael Coon (The Hill, 8/22/17)

Hurricane Harvey and the federal debt ceiling have converged to form a perfect storm, if you’ll pardon the expression. Funding the disaster relief can’t happen unless Congress raises the ceiling.

Some Republicans fear that pushing up the ceiling would accelerate an out-of-control federal-spending snowball. But such an outcome would not be inevitable, according to Independent Institute Research Fellow Craig Eyermann, creator of the Government Cost Calculator at MyGovCost.org.

“Done right, [the Harvey-related disaster relief] will decouple the two political events that are only converging because of the coincidence of the timing of the hurricane and the end of the government's 2017 fiscal year,” Eyermann writes. “Whether the U.S. Congress can do it right remains to be seen.” 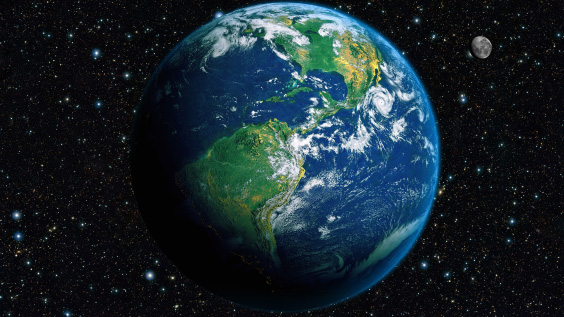 No one should be surprised that Al Gore has just offered up a sequel to An Inconvenient Truth. The former vice president’s 2006 documentary helped him and the Intergovernmental Panel on Climate Change win a Nobel Peace Prize the following year. But if truth in advertising prevailed, he would be exposing the gross exaggerations and willful distortions that have long plagued the environmental movement, argues Independent Institute Senior Fellow Lawrence J. McQuillan, in an op-ed for Investor’s Business Daily.

Exhibit A: Stanford biologist Paul Ehrlich and his predictions of overpopulation and mass starvation, made as far back as The Population Bomb in 1968, and, with a different twist, in the July 2017 issue of the Proceedings of the National Academy of Sciences. Ehrlich is now predicting mass species extinction, but he isn’t saying anything new; he’s carrying out a long tradition of disastrous predictions that never materialized. “If the environmental movement’s so-called experts had been correct, nearly all animal species would be extinct today,” McQuillan writes.

Why the unending prophecies of doom? As climate researcher Stephen Schneider revealed in a 1989 interview, it’s a matter of getting voters’ attention. “Here’s the real inconvenient truth,” McQuillan continues. “If Al Gore wants the people he denounces as ‘climate deniers’ to take him seriously, his next documentary should target the intellectual dishonesty of many of his pals in the environmental movement.”