←  ABOUT US
About
›
Person Detail
Timothy C. Draper 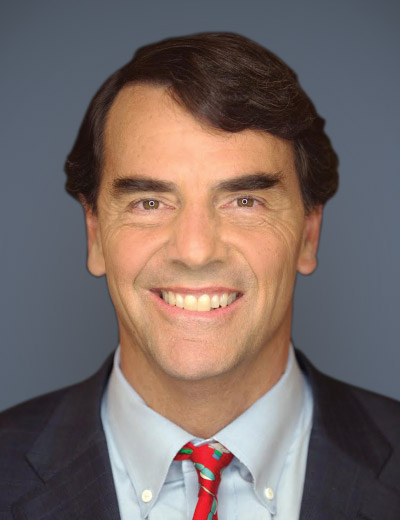 Timothy C. Draper is the Founder and a Managing Director of Draper Fisher Jurvetson. His original suggestion to use "viral marketing" in web-based e-mail to geometrically spread an Internet product to its market was instrumental to the successes of Hotmail and YahooMail, and has been adopted as a standard marketing technique by hundreds of businesses. On behalf of Draper Fisher Jurvetson, he serves on the boards of DoAt, Glam, Meebo, Prosper, SocialText, and DFJ Plug 'N Play companies. DFJ's previous successes include: Skype (EBAY), Overture.com (YHOO), Baidu (BIDU), Parametric Technology (PMTC), Hotmail (MSFT), PLX Technologies (PLXT), Preview Travel (TVLY), Digidesign (AVID), and others.

As an advocate for entrepreneurs and free markets, Draper is regularly featured as a keynote speaker in entrepreneurial conferences throughout the world, has been recognized as a leader in his field through numerous awards and honors, and has frequent TV, radio, and headline appearances. He was #52 on the list of the 100 most influential Harvard Alumni, and #7 on the Forbes Midas List. He was named Always-On #1 top venture capital deal maker for 2008. He was awarded the Commonwealth Club’s Distinguished Citizen Award for achievements in green and sustainable energy. His blog is featured at www.theriskmaster.com.

Draper is the course creator and Chairman of BizWorld Foundation, a non-profit organization built around simulated teaching of entrepreneurship and business to children. He also serves on the Harvard Business School Board of Dean’s Advisors.

Previously, Draper served on the California State Board of Education. In November of 2000, Tim launched a statewide cyber-initiative on school choice for the California General Election. He was a member of Singapore's International Economic Council and Ukraine's Orange Circle. He was on the Board of U.C. Berkeley's Haas School of Business. He has a BS in Electrical Engineering from Stanford University, and an MBA from Harvard Business School.