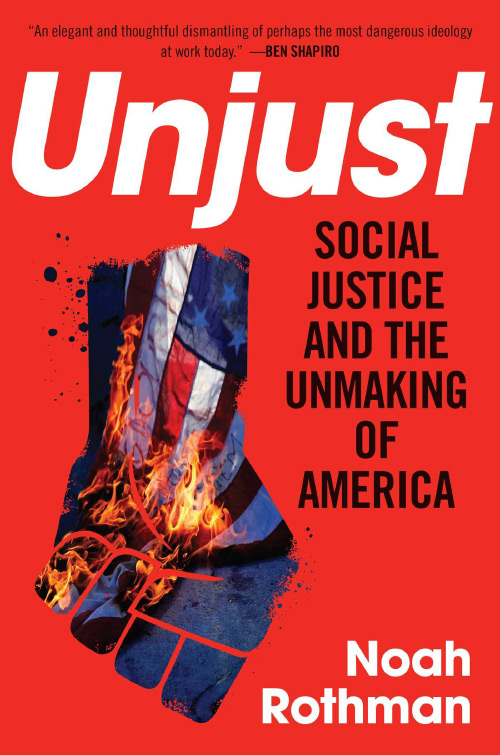 Social justice is all the rage nowadays. And all the rage is about social justice. Students are taking to university quads to demand action be taken on behalf of oppressed minorities, income inequality, and/or the environment. A growing number of university course catalogs include classes devoted to social justice. Campus speakers are shouted down, “de-platformed,” and physically attacked for holding views deemed unjust or dangerous. And that sums up just what goes on within the hallowed halls of academia.

Calls for ever-greater levels of “social justice” can also be heard championed in legislative chambers, corporate boardrooms, and religious congregations as well as on the streets where activist groups march and sometimes riot. (My hometown of Seattle, Washington, is infamous for its May Day revelry that begins with peaceful parades and usually ends with window-smashing riots, often directed at corporations such as Starbucks that explicitly make “social justice” a central part of their business plan.)

It is within this context that Noah Rothman raises alarm bells over how this intensified focus on social justice is leading to the demise of America’s founding principles. These principles include the rule of law, due process, free speech, tolerance, and egalitarianism. His book, like many within the “popular social science” genre, identifies our contemporary period as uniquely dangerous and yearns to be a clarion call for an improved political climate wherein both sides of the ideological spectrum reign in their most radical elements.

Although defining a “new” type of social justice activism and providing a series of both amusing and infuriating anecdotes, Rothman falls short in delivering insight into why all this may be happening. Moreover, his suggested solutions for ameliorating the toxicity of contemporary social activism come across as naive and quixotic, which may be expected given that his book is geared to a popular audience.

Admittedly, I read this work from the vantage point of a trained political economist seeking well-specified causal explanations and evidence that systematically tests those assertions. But this approach is unfair. Rothman is an editor of Commentary magazine, which has an outreach to a well-educated yet not academic readership that would likely chafe under the jargon-laden and systematically predictable writing of most academic scholarship today. So I grant himthe success of providing his target audience a reasonably nuanced and contextualized understanding of the current “social justice warriorism.” I also applaud Rothman for bringing to my attention a number of trends in social justice activism over the past century that I had been heretofore unaware.

Rothman’s thesis is that we are experiencing a relatively new and vitriolic form of social justice activism due to the rise of identity politics over the past few decades. He gives this new form a name: identitarianism. He asserts “that a preoccupation with identity becomes a mania when it forms the basis of an ideology” and produces “a society full of activists who revel in an impotence that they insist has been imposed upon them. They eschew agency, wallow in helplessness, and project their shortcomings onto others . . . leading us to lash out violently” (p. xv). Social justice, Rothman notes, has its place in organizing remediation for obvious wrongs such as slavery or for redistributing resources to those less fortunate through no means of their own, but the grievances being addressed today come from “an ill-defined class of persecutors and oppressors” (p. xiv).

This explanation leads to some obvious questions: First, what are the origins of identitarianism-based social justice? And second, why is today’s identity politics different from past forms of group politics? Unfortunately, we do not receive satisfactory answers to these questions. Rothman instead provides a litany of examples of social justice activism in the past and present and hopes these anecdotes will speak for themselves.

As to the question of origins, Rothman points out that both social justice and identity politics have been around since the dawning of the American republic, when ethnic, racial, and religious cleavages beset politics. Rothman briefly leads us through some of this history, detailing attempts by the Know-Nothing Party to restrict the rights of Irish Catholics and the well-known history of racial segregation from Reconstruction to the civil rights era. Rothman argues that “[a]fter a civil war or when institutional abuses have been wrought by a repressive government, a nation must occasionally abandon the Anglo-American model of depoliticized justice to reestablish social cohesion. . . . [A] post-conflict society is occasionally obliged to mete out retribution that would be gravely unjust in any other context” (p. 44). As such, there is a role in society for “transitional” justice that corrects past wrongs.

Although the idea of widespread injustices building up to a point where the political system must override depoliticized judgments of wrongs on a case-by-case basis so as to provide corrective “transitional” justice is interesting, Rothman never follows through on this point with an analytical framework to anticipate when this might happen. We are instead treated to a list of current grievances presented as familiar anecdotes across several chapters. Examples cross the dimensions of gender issues, cultural appropriation, and campus free speech. His argument is that many of these new grievances are trivial or imagined or both and are presented merely as a means of groups seeking to define themselves as victims and wanting to garner attention and/or rewards from the greater society. To his credit, Rothman does not attribute identitarianism merely to left-leaning groups but also identifies the alt-right and other conservative activists as playing the same identity game.

In the middle of the text, Rothman takes an interesting turn to examine what the concept of social justice actually means. In a chapter entitled “Lifting the Veil,” he surveys recent philosophical debates on the nature of social justice, highlighting the perspectives of John Rawls, Robert Nozick, and F. A. Hayek, the latter of whom dismisses the notion of social justice as an illusion. This section reads like a well-written undergraduate thesis and does little in the way to bolster Rothman’s argument about the origins of this new “identitarianism.” At the end of the day, the book ends up being merely descriptive, lacking any reasonable explanation for why there has been a perceived increase in identity-based social justice movements.

Rothman is not merely mapping the contemporary landscape of “identitarian” social justice; he seeks to propose a solution as well. Here, too, though, we are given only unsatisfying anecdotes. Rothman seems to believe that the remedy for the “identitarianism” that is ripping American society asunder can be found in the partisan political system. Noting that identity-based movements have existed in the past on both the ideological left and the ideological right, Rothman details two historic episodes where Republicans and Democrats cast aside the most extreme members of their rank and file. Republicans, with the aid of William Buckley, purged their party of the John Birch Society in the 1950s, while Democrats assisted the labor movement in marginalizing Communist elements around the same time. But that is the extent of his solution: “both Republican and Democratic political establishments can identify, isolate, and expel violence and prejudice from their ranks” (p. 233). Realistically, though, he understands such “suggestions admittedly fall short of a surefire solution to this problem. In many ways, the rise of Identitarianism represents a crisis of confidence in the legitimacy of the United States itself” (p. 233). Alas, no remedy beyond providing more civics education and embracing an undefined “paradigmatic shift” is offered for this crisis.

The inability to present a solid theory of why identity is important in politics is the largest weakness of this work, from which Rothman’s tepid solutions flow. Rothman recognizes that “American political history—history in general, really—is just the story of identity politics” (p. 232), an odd statement considering that he spills much ink on saying that identitarianism is a new form of social justice activism. It would have been useful for him to observe that identity groups are frequently beneficial entities within civil society.

The promotion of identity—be it ethnic, religious, or something else—allows small communities to create boundaries that enhance their ability to solve collectiveaction problems and provide public goods for their members. Identity serves as a marker to mitigate free-riding problems. As such, identity is not all bad. However, when mixed with incentives for increased rent seeking in the midst of an expansive state that can dole out resources to the groups with the loudest voices and most intense grievances, such identities become politicized and increasingly shrill. Relations between identity groups in the rent-seeking political arena will necessarily become zero sum and the source of greater conflict. It is the presence of a large and powerful state that supercharges identities in ways that undermine the peaceful operation of a diverse civil society containing individuals with cross-cutting identities.

I am writing these words in May 2020, when people across the United States and other countries are suffering under a pandemic lockdown. The racial tensions and social unrest unleashed by a flagrant abuse of police power at the same time further prompt us to question the role of state coercion and how it has affected civil society. A greater attention to how the state interacts with, shapes, and incentivizes identity groups should be high on the agenda of scholars and social commentators such as Noah Rothman.