Surprisingly, tax revenue has increased in this year of federal tax cuts and increased spending—from $3.315 trillion collected by the tax man to $3.329 trillion. But what matters most, fiscally speaking, is the bottom line. “Overall, the U.S. government ran a $779 billion deficit in its 2018 fiscal year, up $113.2 billion from the $665.8 billion deficit in 2017,” Independent Institute Research Fellow Craig Eyermann writes at The Beacon. Today’s deficits mean tomorrow’s spending cuts, tax hikes, and/or inflation.

For a clearer picture of your fiscal future, see Eyermann’s write-up of a new study on the fiscal health of the 50 states. And if you haven’t done so already, please be sure to see the Government Cost Calculator at MyGovCost.org, and find out what government spending is costing you.

How Does Your State Rank on Individual Taxes?, by Craig Eyermann (The Beacon, 10/15/18)

2) About That Nobel Prize for the Economics of Climate Change...

Earlier this month, Yale University professor William Nordhaus was named a co-recipient of the Nobel Prize in economics for his pioneering work on modeling the economic effects of climate change. As is often the case, the most newsworthy aspect of the announcement is one that the major news media overlooked: “Nordhaus’s latest version of his model does not support the United Nations’ current push for aggressive measures to limit global warming,” writes Independent Institute Research Fellow Robert P. Murphy in The Beacon. There are other surprises, too.

Nordhaus is considered by some but not all in the climate-policy community to be the go-to expert on economic impacts. His own recommendation, however, runs counter to many proposals. Indeed, his work suggests that overly aggressive policies are a cure worse than the disease. By his own calculation, the policies advocated by climate activist and former vice president Al Gore would cost humanity at least $21 trillion in foregone economic output. “Thus, Gore’s proposal would cause seven times as much net damage as the net benefits accruing from Nordhaus’s theoretical optimal policy,” Murphy writes.

Nordhaus advocates an “optimal” carbon tax he estimated would prevent $3 trillion in damages—but the tax almost tripled within a decade after he first proposed a $16 per ton levy on carbon emissions back in 2007. Even more surprising is what Murphy reveals near the end of his analysis: Nordhaus’s estimated climate change damages are mostly based on ad hoc, shoot-from-the-hip assumptions, not rigorous analysis. This is why fellow economist and carbon-tax advocate (!) Robert Pindyck of MIT derided Nordhaus’s models as “close to useless.” As Murphy concludes: “The public would be very surprised to learn just how crude the ‘settled science’ underlying various proposals to limit climate change really is.”

Climate Policy and the Case for Humility, by Randy T Simmons (The Beacon, 9/12/18)

In his monthly columns for The Daily Caller, Independent Institute Policy Fellow K. Lloyd Billingsley pulls back the veil on some of the biggest overlooked abuses of government power. His latest piece focuses on injustices committed by California’s Agricultural Labor Relations Board.

“While the nation looks ahead to November, a vote of great significance has already taken place in California,” Billingsley writes. “Workers at Gerawan Farms voted 1098 to 197 to reject the United Farm Workers (UFW) union as their representative. Beyond the five-to-one landslide, the timing was more significant. The workers submitted their ballots a full five years ago in 2013.”

For its failure to recognize the vote, the state agricultural board has a lot to explain. The 5th District Court of Appeal in Fresno called the board “heavy-handed” for undermining farm workers’ legal rights. With the board apparently doing the bidding of a politically connected union, it’s all the more reason to reconsider the need for the agency. “Many independent organizations could oversee future elections at little or no cost to taxpayers,” Billingsley writes. “By eliminating a wasteful, anti-worker government agency, California could set an example for the nation. As the workers say, ‘sí, se puede.’” 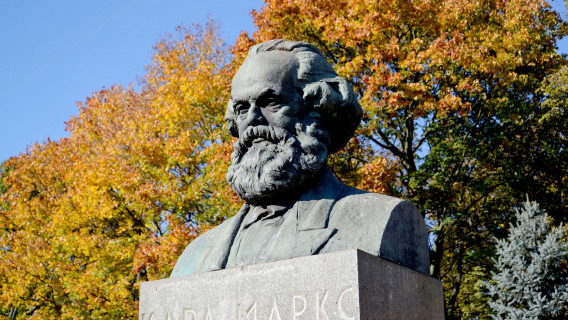 Socialism is the most discredited ideology this side of cannibalism. It’s not only a negation of private property in the means of production. At root, it’s a frontal assault on the Jeffersonian notion that individuals possess a right to pursue their own happiness. Why is anyone a socialist? In a recent piece at Town Hall, Independent Institute Senior Fellow John C. Goodman examines three possibilities.

Perhaps socialists are motivated by the belief in the equality of income? In reality, Mao, Stalin, and a host of lesser socialist rulers have shown where the road to coerced equality leads: poverty and mass murder, Goodman explains. Perhaps socialists are motivated by concern for the plight of workers? In reality, genuine socialist countries are marked by crass exploitation, hardly a “worker’s paradise.” Even today, Cuban workers earn a monthly salary of about $25, according to official records.

Perhaps socialists think socialism works? In reality, what many hold up as working examples of socialism are liberal welfare states with relatively free markets, not total government control of prices and production. Denmark, for example, ranks above the United States on private-property protections, according to the Fraser Institute’s economic-freedom index. Present day Venezuela more closely resembles full-fledged socialism—as its declining economy and growing civil unrest suggest. Thus, what motivates socialism, it seems, isn’t a positive ideal but a disdain for capitalism and its moral foundation: the tendency for people to do well for themselves by doing good for one another. “No matter how true this observation may be, there are many of the left who hate the idea that the best way to help yourself is by meeting the needs of others,” Goodman concludes.