If Dr. Martin Luther King Jr. is the most famous civil-rights activist of twentieth-century America, the honor for the most multifaceted one must go to T. R. M. Howard. An African-American doctor, entrepreneur, and civic leader of prodigious achievement, Howard was a pivotal, if today seldom acknowledged, figure of the civil-rights era. Years before King became well-known to the general public, Howard was rallying others to the cause of equal treatment under the law. Especially important was a speech he gave in 1955, at Dr. King’s Dexter Avenue Baptist Church in Montgomery, Ala., that inspired the overflow crowd to pursue justice in the recent murder of 14-year-old Emmett Till. “In the audience was Rosa Parks, whose famous arrest for refusing to move to the back of a bus came only four days later,” writes David T. Beito, in an op-ed for the Washington Examiner.

“Howard’s civil rights rallies during the early 1950s drew crowds of 10,000 and not only provided voter information, but also gave a great show, including gospel singers such as Mahalia Jackson,” Beito writes. So great was Howard’s influence—and his hatred by the Ku Klux Klan so intense—that he once had to be smuggled out of a civil-rights rally by hiding in a casket.

Just as amazing is Howard’s success as a doctor, businessman, and philanthropist. He grew up poor yet managed to become an accomplished surgeon; invested in home construction, insurance, and restaurants; established the largest swimming pool for blacks in his state; and he promoted black empowerment and anti-segregation by creating the Regional Council of Negro Leadership, which among other achievements led a boycott of service stations with segregated restrooms. “A Republican beginning in 1956,” Beito writes, “he championed self-help rather than dependence on the government and deterred potential white racist attacks with a small arsenal that included a Thompson submachine gun.”

Americans once rose to the challenge of liberty without complaint. Many still do, of course. But today it often seems that grievance and grousing about moving toward a freer society are the rule instead of the exception. Two leaders in the nonprofit world, for example, recently lamented that the new tax law would only harm philanthropy. They failed to mention, however, that philanthropy is enabled when governments return resources back to the economy’s ordinary households and wealth creators.

This isn’t a matter of untested “trickle down” economic theory. It was demonstrated by the largest cut in federal spending in U.S. history, explains Independent Institute Senior Vice President Mary L. G. Theroux in The Huffington Post. The downsizing of the U.S. government after the end of World War II was a massive stimulus to the economy, resulting in significant and long-lasting increases in real wages and the average standard of living.

Cutting taxes facilitates more private investment and wealth creation. It also enables a more charity-minded society. So too would a return to “the rich tradition of mutual aid and benevolent societies that provided health care, education, unemployment and life insurance prior to the growth of the welfare state,” Theroux writes. “Phasing out perverse government entitlement programs, eliminating barriers to economic opportunity, and freeing markets for the provision of life’s necessities could usher in a new era of opportunity and prosperity—and one that would especially benefit the poor.”

Writing Off Ideas: Taxation, Foundations, and Philanthropy in America, by Randall G. Holcombe

A state Senate committee in Sacramento recently found that the California Environmental Quality Act (CEQA) does little to hinder state projects. It wasn’t asking the right question. Had its survey reached out to the non-governmental sector, the findings would have been far different. Private developments, especially residential housing projects, are significantly harmed by CEQA and the extra costs, delays, and uncertainties imposed by its environmental impact reporting requirements, explains Independent Institute Research Fellow Adam Summers, in an op-ed for the Orange Counter Register.

Tellingly, few lawsuits filed under CEQA are initiated by environmental groups. Nor do the plaintiffs who sue developers under that law seem particularly motivated by environmental concerns. According to a 2016 study, “about 14,000 housing units were targeted by CEQA lawsuits in Southern California from 2013-2015, 98 percent of which were in ‘infill’ areas surrounded by existing development, not in open space or more rural land that is much more likely to be environmentally sensitive,” writes Summers.

It’s not lost on Gov. Jerry Brown that CEQA lawsuits are a weapon of NIMBYism directed against the interests of the larger community. Brown, along with past California governors Arnold Schwarzenegger, Gray Davis, Pete Wilson, and George Deukmejian, have decried the proliferation of anti-development lawsuits under CEQA, a law Gov. Ronald Reagan signed into law in 1970. As Summers notes, CEQA is hardly the only roadblock to affordable housing in the Golden State—other regulations and costs also play a detrimental role. But until Sacramento reforms it—or better yet, relegates it to the scrap heap of history—little hope can be held that California developers will create enough housing supply to keep up with the growing demand.

Housing America: Building Out of a Crisis, edited by Randall G. Holcombe and Benjamin Powell 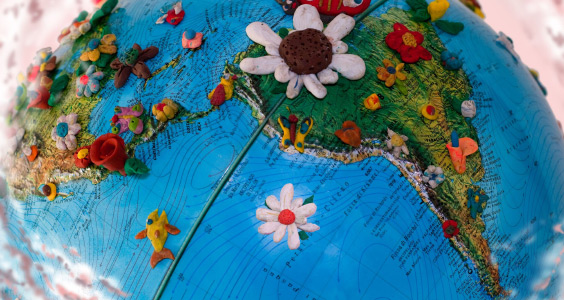 The tide in Latin America is turning against left-wing populism. Chile, Argentina, Bolivia, and Ecuador are facing new political currents, having either recently elected leaders that depart from the left or scheduled elections where an ideological sea change is a strongly possible outcome.

The biggest uncertainty, according to Independent Institute Senior Fellow Alvaro Vargas Llosa, is whether or not the trend against left-wing populism is sustainable and whether a new crop of leaders will enact bold reform rather than manage the legacies they inherit. The future of Latin America also involves political uncertainty regarding Colombia, Mexico, and Brazil, “three countries that carry significant regional weight,” Vargas Llosa writes in The Hill. In those countries, left-wing populists are ahead in the polls.

“It is premature to speak of a firm free-market trend in Latin America,” Vargas Llosa continues. “We can more accurately say that the region, which on average has experienced no economic growth since 2013 in part due to statist policies, has the chance to embark on a whole new beginning—if Colombians, Mexicans, and Brazilians do the right thing in 2018.”

Is Latin America Turning Toward Free Markets?, by Alvaro Vargas Llosa (The Hill, 1/3/18)