Housing, Human Dignity and a ‘State of Emergency’: News: The Independent Institute

The push by Los Angeles officials to get Governor Newsom to declare a State of Emergency over homelessness is like a warning light flashing.

It draws our attention to a massive problem that people closed their eyes to for too long. But like any flashing light, the “State of Emergency” idea only helps us see part of the problem but not the whole—and ultimately it would deepen the quagmire and probably result in bigger and worse emergencies later.

Where the idea points in the right direction is easy to see: proponents of the State of Emergency rightly say it would streamline red tape on construction, reduce and shorten building approval processes, and block the frivolous use of environmental review to delay housing construction. That’s needed.

But let’s face it, here’s what’s really happening: First California passes laws that generate the crisis, then we declare a state of emergency to bypass those laws. But as a State of Emergency exemption, it’s an ad-hoc fix. It doesn’t address the systemic problem with the laws it sidesteps, and in fact it politicizes the whole situation further by allowing sensible construction only if political support for a formal Emergency can be cultivated.

But it gets worse. Some of the people who favor a State of Emergency also favor a so-called “legal right to shelter” which would create a basis to sue governments if they don’t directly provide housing to the poorest citizens. This would permanently turn the homeless into wards of the state and enrich those who would litigate on their behalf.

The homeless are indeed “victims of the system,” but not the system that most people think of. They are not victims of a free market in housing, because California has built a regulatory system that killed a free market in housing at all but the top price levels. Middle-income Californians are squeezed by this, too, but the most vulnerable Californians are pushed out on to the streets. The bottom rungs of the housing market ladder—where economically marginal citizens could once afford a place to live—have effectively been removed by bad public policy.

Let me give examples from a study soon to be published by the Independent Institute.

Los Angeles currently bans any housing other than detached single-family homes on about 75 percent of its residential land. Whereas in 1960 Los Angeles was zoned for up to 10 million people, by 1990 the city “had downzoned to a capacity of about 3.9 million, a number that is only slightly higher today,” according to the New York Times.

Then there are so-called “prevailing wage” (read: union scale) laws. Prevailing-wage mandates increased average California construction costs for affordable housing projects by between 10 percent and 25 percent, according to a May 2017 report from the California Center for Jobs and the Economy. In areas such as Los Angeles, PLAs could hike market-rate housing prices by as much as 46 percent. Then there are the endless faux-environmental lawsuits against residential construction, which are invited and inadvertently enabled by the California Environmental Quality Act (CEQA). And the list of anti-housing obstacles goes on.

What the homeless really need is a residential construction market that operates by normal rules that induce entrepreneurs to build housing all the way up and down the price spectrum—not just at the top where they can afford to overcome the regulatory and NIMBY hurdles. Don’t give the homeless a “right to shelter” by government; instead, give property owners a “right to build residential housing” on land they own. No, this would not eliminate restrictions on residential building, but it would raise a much higher bar by which to justify them. A ballot initiative amending the California Constitution would be the way to achieve this potent reform.

Less dramatic reforms would make a difference, too. Allow builders to give homeowners’ associations incentives to accept new construction, so as to counterbalance the disincentives that lead to NIMBYism. Stop suppressing housing through rent controls and so-called “affordable housing” mandates; these are the functional equivalent of taxes on housing development. What you tax you get less of. Another obvious change would be to put an end to the favoritism shown to unions through “prevailing wage” rules that swell construction costs. And why not abolish or at least vastly modify CEQA?

The people who care the most about the homeless are those who want to reintroduce a real housing market—and incentivize nongovernmental programs that treat people like people rather than like dependent clients.

How can we expect the homeless to rebuild their lives when government programs warehouse them like surplus merchandise, and when we kick the bottom rungs out of the housing market ladder so that even if they start getting themselves together, they can’t find a room or apartment they can afford to rent? 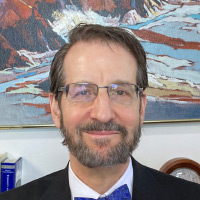 Graham H. Walker is President of the Independent Institute.