←  ABOUT US
About
›
Person Detail
Robert W. Galvin 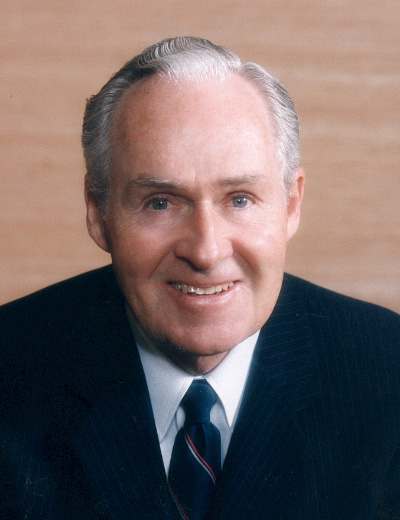 Over a sixty-year career, Robert W. Galvin (1922–2011) had a profound effect on the public and private sectors in the United States and around the world. In positions that have included President, Chairman, Chief Executive Officer, and Chairman of the Executive Committee, Mr. Galvin led Motorola Corporation from a few hundred million dollars in annual sales to tens of billions. He is credited with leading the company as it made innovations in television receivers, dispatch mobile communication, transistors, paging, cellular technology, and other work. In 1988, Motorola was the first large company-wide winner of the Malcolm Baldrige National Quality Award.

Mr. Galvin is also recognized for his public-service work as chairman of the Task Force on Alternative Futures for the Department of Energy National Laboratories, which came to be known as the “Galvin Commission.” His other public-service achievements included chairing the U.S. Trade Negotiations Advisory Committee, Commission on the Future for the National Science Foundation, Task Force on Alternative Futures, Navy for the 21st Century, and President’s Advisory Council on Private Sector Initiatives. He has also been President of the Electronic Industry Association, Vice Chairman of the Universities Research Association, member of the President’s Council of Economic Advisors, Vice Chairman of the American Heritage Foundation, Chairman of International SEMATECH, member of the Foreign Intelligence Board, member of the President’s Commission on Trade and Investment, member of the Chairman’s Committee for the Computerworld Awards for the Smithsonian Institution, and Chairman of the Board of Trustees for the Illinois Institute of Technology, IIT Research Institute, and Santa Fe Institute. He was a member of the board of directors of Harris Trust and Savings Bank, International Executive Service Corporation, Chicago Museum of Science and Industry, California Institute of Technology, and Conference Board, and he was an Honorary Advisor for Beijing University.