Sea Changes in the Corporate World: News: The Independent Institute

The cry against outsourcing is a familiar one, almost as old as international commerce itself. Like today’s protectionist proposals, 18th-century “mercantilism” was structured to promote government-favored exports while restricting imports, based upon the flawed theory that wealth was static: The only way one nation became richer was for another to become poorer.

Adam Smith refuted this notion effectively with the publication in 1776 of Inquiry into the Nature and Causes of the Wealth of Nations. Smith proposed that if trade were freed, wealth would grow by increasing productivity through the division of labor. Locally, this idea offered an alternative to subsistence-level self-sufficiency—rather than having each household produce most of its own food and supplies, specializing and exchanging with other individuals would give access to more and better produce. Likewise, international free trade would enable each nation to specialize in what its citizens could produce relatively better and more cheaply.

Smith, a pillar of the then-flourishing Scottish Enlightenment, further postulated the radical notion that a nation’s prosperity could not be achieved by the rich becoming richer at the expense of the poor; increased wealth had to spread throughout, for “no society can be flourishing and happy, of which the far greater part of its members are poor and miserable.”

Meanwhile, Thomas Jefferson, also influenced by the same Scottish moral philosophy, was writing the Declaration of Independence. The application of these principles, opposing the notion of government by and for the benefit of politically well-connected merchants and monopolists, allowed the new American republic to foster a society of unprecedented prosperity and egalitarian opportunity.

In the two centuries since, protectionist policies have waxed and waned in popularity, through such incarnations as Jim Crow laws, subsidies and tariffs, but the general liberalization of trade in the latter 20th century has resulted in higher living standards around the globe.

When Smith’s ideas triumphed in Britain with the establishment of free trade in the 1840s [also see Robson, Stringham, and Woods], the influx of cheap grain freed farm laborers trapped in rural servitude to move to industrial centers and higher wages and standards of living. Cheaper food also meant that wages went further as prices plummeted further, improving a laborer’s lot. While modern eyes deplore what we see as the squalid conditions of Britain during the Industrial Revolution, those living at the time understood the changes as previously unimaginable abundance and opportunity.

Today’s protest against outsourcing is simply recycled mercantilism, with its telltale decrying of a negative balance of trade and the loss of American jobs to other countries. Yet the positive effects of outsourcing result in the same benefits as 200 years ago. Allowing firms access to markets, resources and the skills best meeting their needs captures efficiencies to lower costs—effectively increasing everyone’s purchasing power and fueling demand for more and higher quality goods and services. Lower relative costs of American goods and services, coupled with rising wages abroad, further increase demand for America’s products globally.

As individuals, we benefit from outsourcing in ways ranging from better customer service to ever-improving technology at ever-decreasing prices. As services such as X-ray reading are becoming more competitively provided overseas than at home, consumers are likely to benefit from lower health-care costs or even greater choice of such services. For business firms, cost savings from outsourcing mean more money is available for new investment.

Blaming globalization and outsourcing for the post-dot-com rise of unemployment just doesn’t stand up under scrutiny. According to a recent Wall Street Journal article, many factors have contributed to the problem, including the technology boom’s sudden collapse three years ago, the subsequent recession and hesitant recovery, and an improvement in worker productivity in the United States that enables companies to produce more with less.

Further undermining the theory of outsourcing as the cause of unemployment, Commerce Department figures show the United States increasing exports by more than 65 percent over the past 10 years, while increasing imports by more than 130 percent. Yet over the same period employment nationwide increased by more than 20 percent, with an accompanying increase in per capita income of more than 45 percent, according to figures from the U.S. Bureau of Labor Statistics.

In San Francisco, those figures show that, despite the dot-com bubble and burst, unemployment is now approximately 16 percent lower than 10 years ago, while the average annual wage has climbed by more than 75 percent. Neo-mercantilists would have predicted just the opposite.

Furthermore, just as American firms have been increasing their presence overseas, foreign firms have been seeking access to American markets and talent by locating here. According to the Organization for International Investment, California has been the state benefiting most from this trend, garnering more than 700,000 jobs from foreign firms’ “insourcing” to the United States. Nationwide, the creation of such insourced jobs is outpacing those outsourced by U.S. firms 2 to 1, and the pay for these jobs averages 16.5 percent more than that at all U.S. firms.

Creating anti-outsourcing policy based on unemployment fears makes as much sense as bemoaning the loss of American careers in the stenographer pool, slide-rule assembly line or coal shoveling. The loss of such jobs has netted us more and better-paying jobs and extended higher living standards wherever the division of labor has been allowed, to paraphrase Adam Smith, a free, “invisible” hand. 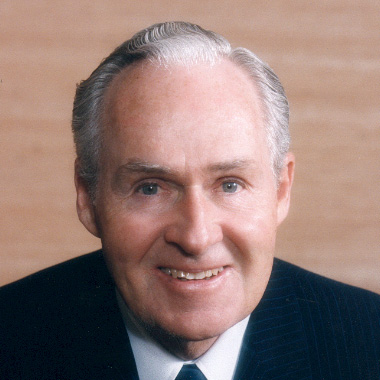 Robert W. Galvin (1922–2011) was the Chairman, Chief Executive Officer, and Chairman of the Executive Committee of Motorola Corporation.
Business and EntrepreneurshipDefense and Foreign PolicyEconomic FreedomEconomistsEconomyFree Market EconomicsInternational Economics and DevelopmentLabor and EmploymentLabor Law and RegulationLaw and LibertyPhilosophy and ReligionPublic ChoiceTrade

RELATED
The FDA Could Easily Solve the Baby Formula Shortage by Allowing More Imports from Europe
Congress Has a Stake in the Dollar’s Integrity
Which Economists Should Have Gotten Nobels Before They Died?
Honoring Veterans with Educational Freedom
California Rejects Four-Day Workweek, but Supporters Haven’t Given Up
Whatever Happened to the $15 Minimum Wage?
David Theroux: Gentleman, Scholar, Entrepreneur
University of California Suicide Watch
Our Spanish Civil War?
There Is No Balm in Gilead
Biden Going Green by Killing Jobs, Strangling Growth with Red Tape
You Thought Tax Day Was Bad? Biden Has Worse in Store