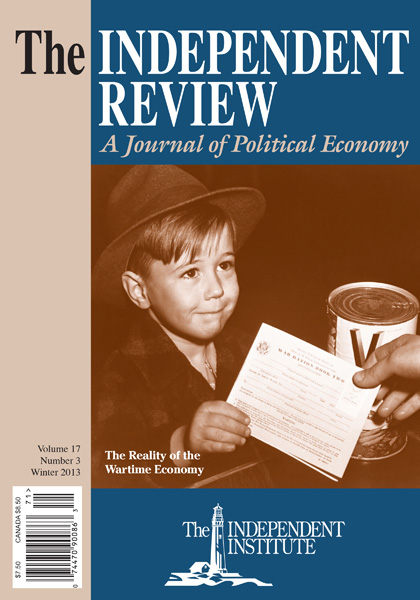 The Reality of the Wartime Economy
More Historical Evidence on Whether World War II Ended the Great Depression
By Steven G. Horwitz, Michael J. McPhillips
This article appeared in the Winter 2012/13 issue of The Independent Review.

The notion that World War II is responsible for ending the Great Depression has met growing skepticism among economic historians. Although the wartime economy saw increases in conventional measures of macroeconomic performance, the letters, journals, and newspapers of the era indicate years of continued material deprivation and hardship, rather than rising living standards for the average American.