1) Become a Better-Informed ‘Ambassador’ for Your Ideals 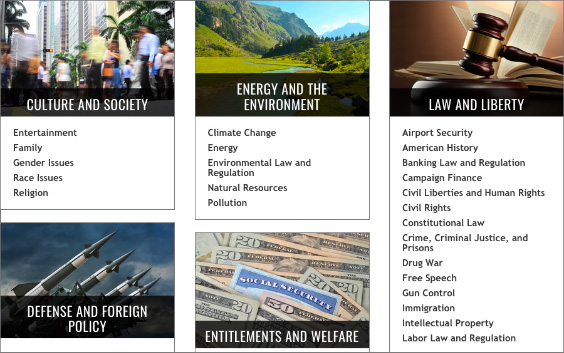 As a reader of The Lighthouse you probably see yourself as a goodwill ambassador for a more peaceful, prosperous, and free society. You diplomatically engage your family, friends, and communities on matters of timeless principles as well as the leading issues of the day, and you often use Independent Institute’s material to help make your case. To help increase your influence, we’ve just overhauled and streamlined the Issues Directory on our website. Now it is easier than ever for you to discover the commentary, scholarly articles, book reviews, and other content you find most engaging—enabling you to amplify your impact via social media, Letters to the Editor, and other grassroots efforts.

Our new issues directory organizes our more than three decades of intellectual output into 13 broad categories—each one with an issue description, featured highlights, and numerous sub-categories to help you zero in on the kind of material you’re looking for:

Please dive in and let us know what you think, including any ideas you think might make it better!

2) Case for the Second Amendment

In the wake of last month’s mass shooting at a Florida high school, New York Times columnist Bret Stephens called, yet again, for repealing the Second Amendment. Stephens argued that gun control has failed and that only full repeal could lead to the enactment of policies that might actually curb gun violence. In contrast, Independent Institute Research Fellow Stephen P. Halbrook, writing in the Washington Times, argues that a constitutional right to keep and bear arms does in fact reduce violence—namely, egregious assaults committed by a rapacious government against the people.

Halbrook asks us to consider the fate of countries that failed to enact a constitutional right to firearms. After Hitler came to power, the Nazis used gun registration records to confiscate firearms, first from the social democrats and other opposition parties and later from all Jewish gun owners. France during the Nazi occupation was also disarmed. In neither country did the people have constitutional guarantees to keep their guns.

The American people, Halbrook argues, have escaped brutal subjugation by the government in part because of the prescience of James Madison, often considered the chief architect of the U.S. Constitution. “Madison drafted what became the Second Amendment, recognizing that ‘the right of the people to keep and bear arms, shall not be infringed,’” Halbrook writes. “It was part and parcel of other fundamental rights of a free people, from free speech to the ban on unreasonable searches and seizures.”

Gun Control in the Third Reich: Disarming the Jews and “Enemies of the State,” by Stephen P. Halbrook

President Trump and Pope Francis stand on opposite sides of the issue when it comes to U.S. immigration policy. Could they ever become eager to strike a deal that would make all parties better off? They might if they were to consider the same data, according to Independent Institute Senior Fellow Lawrence J. McQuillan and Maryland Public Policy Institute Senior Analyst Hayeon Carol Park, joint authors of a chapter in Pope Francis and the Caring Society.

One study, for example, suggests that anti-immigrant populism originates mostly in resentment against taxpayer-funded perks for recent immigrants, according to McQuillan and Park in an op-ed for Investor’s Business Daily. Another study they cite estimates that low-skilled immigrant families on average receive $20,000 in net public benefits a year. If anti-immigrant sentiment primarily stems from “welfare chauvinism,” then it seems counterproductive to increase state Medicaid spending for undocumented, low-skilled immigrants, as some California lawmakers have proposed.

Rather than seeing the immigration issue as an insurmountable gap, the president and the pope could—at least in theory—build a bridge to each other’s side. “If Pope Francis wants welcoming policies toward immigrants, he should acknowledge the harm that government transfer programs cause and work to nurture voluntary charity,” McQuillan and Park write. “President Trump, who has yet to make a dent in the welfare state, should join him in that cause. That way the pope and the president could work together to help migrants and refugees.”

How the Pope and President Could Work Together to Help Immigrants, by Lawrence J. McQuillan and Hayeon Carol Park (Investor’s Business Daily, 2/28/18)

Once considered the frontier of the American Dream, California, especially anywhere near the coast, is now infamous for its high and rising home prices. That little San Jose starter home that sold for half-a-million dollars in 2003, for example, now sells for almost double that price. Fortunately, a new state bill—SB 827—could spur housing development by enabling the state government to circumvent local housing restrictions, explains Independent Institute Senior Fellow Benjamin Powell.

The new legislation might even deflate environmentalist opponents of more housing. “Since SB 827 trumps zoning restrictions in areas near transit that already have housing, undeveloped land would be largely unaffected,” Powell writes in an op-ed for the Orange County Register. “Similarly, since the areas are near transit, concerns about pollution are minimized.”

If it succeeds, SB 827 will eventually put home ownership within reach of many who are currently priced out of the market. It would not, however, bring down California home prices anywhere near the national average. To do so would require eliminating more red tape than even the sponsors of SB 827 are shooting for. It’s not that land per se is in short supply. As Powell notes, “California’s scarce resource is local government permission to build.”

Housing America: Building Out of a Crisis, edited by Randall G. Holcombe and Benjamin Powell 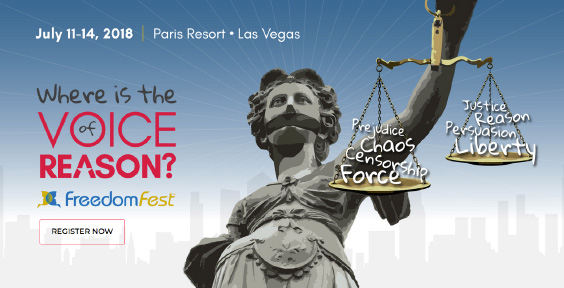