1) End the Surveillance State While We Still Can

The privacy of innocent Americans is under assault from an unconstitutional electronic spying program operated by the National Security Agency. We can’t depend on the secret FISA (Foreign Intelligence Surveillance Act) Court to safeguard our privacy because the court relies on a lower standard of “probable cause” to obtain a search warrant. Perhaps the most promising approach to remedying the problem, according to Independent Institute Senior Fellow Ivan Eland, is for lawmakers to raze two pillars on which the recently exposed surveillance program rests.

“Repeal Section 215 of the PATRIOT Act, which has allowed government collection and analysis of the phone records of ordinary Americans, and abolish the FISA Court entirely,” Eland writes in an op-ed published last Wednesday.

Momentum may be building for at least one of these proposals. Congressmen Justin Amash and John Conyers, both from Michigan, have proposed a legislative remedy that would neuter perhaps the PATRIOT Act’s most ominous privacy-denying provision. Moreover, others in Congress have proposed that summaries of certain FISA Court rulings be declassified and published, and that a public-advocate office be created to challenge the government’s filings with the court and to appeal selected court rulings. “These proposals to increase the court’s transparency would be an improvement on the current Orwellian situation, but a better solution would be to get rid of the Orwellian situation,” Eland writes. “Even without draconian measures passed in the post-9/11 hysteria, terrorism is already a crime—and a very infrequent one at that—which can be dealt with by restricting law enforcement, and judicial oversight of it, to traditionally open methods, processes, and institutions.” 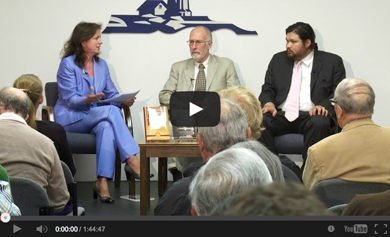 2) IRS Politics: Neither Shocking nor Unprecedented

Last month, a congressional hearing investigating the Internal Revenue Service’s harassment of Tea Party groups yielded a revealing admission. “Did [your supervisor] give you any indication of the need for the search, any more context?” asked a member of the House Oversight and Government Reform Committee. To which an IRS witness replied: “He told me that Washington, D.C., wanted some cases.” Although the answer was revealing it was hardly surprising. “People in politics understand the game; they know which side of the bread receives the butter,” Independent Institute Research Fellow Bruce Yandle writes in The Freeman.

The IRS/Tea Party scandal isn’t the first time the agency has been found to have played politics with taxpayers. Looking at audit data from 1995, economist Jim Couch and his colleagues at the University of Northern Alabama found that if a state has a senator on the IRS Oversight Committee it is likely to have a lower audit rate. Also, “audit rates fell when a larger share of a state population voted for Bill Clinton [in 1992] and rose for those states with a poor Clinton record,” Yandle reports.

On the one hand, such findings reinforce cynicism about the prevalence of political favoritism and harassment. (The academic discipline known as Public Choice has put scholarly weight behind this outlook by demonstrating such truths again and again.) On the other hand, according to Yandle, these studies also suggest that undue influence may be reduced—but not eliminated—by reshaping public policies in an appropriate manner. How? “First, by limiting the domain of government action,” Yandle writes. “Then, when the domain is limited, by requiring transparency and regular agency reports that demonstrate choice neutrality, by encouraging competition from the loyal opposition, and by showing constant vigilance.”

IRS Targeting: As Predictable as Politics, by Bruce Yandle (The Freeman, 6/6/13)

Government behind the Wheel: More a Matter of Politics Than of Economics, by David L. Black, Philip A. Burton, Jim F. Couch, and Keith D. Malone (The Independent Review, Spring 2011)

3) Immigration and Free Trade: Two Sides of the Same Coin

Trade barriers make countries poorer, and free trade makes them richer. This principle—long embraced by economists across the political spectrum—has helped make the world increasingly prosperous since 1947, when it guided the establishment of the General Agreement on Tariffs and Trade, an imperfect framework created to reduce protectionist trade barriers around the world. But the power of wealth creation applies no less to the free flow of labor across national borders—that is, to immigration.

Lifting barriers to immigration would add an estimated $30 trillion to $90 trillion to worldwide wealth, Independent Institute Senior Fellow Benjamin Powell argues in the Huffington Post. This gain would far exceed the potential benefit achievable if international trade in goods and capital were completely unhindered.

If the NSA’s recently exposed electronic surveillance of ordinary Americans isn’t enough to get your heart thumping, perhaps a new threat to privacy will. In an attempt to make Obamacare run smoothly, the U.S. government is putting together a “Federal Data Services Hub” that would centralize detailed information about you and your loved ones. Along with the usual information (such as name, Social Security number, and the like), it would reportedly track an individual’s insurance status, health records, family size, incarceration status, membership in a religious organization, IRS tax returns, and much more.

What’s especially troubling, however, is that this information will be accessible to a new class of government workers. Independent Institute Senior Vice President Mary L. G. Theroux explains:

“Among those who ‘need to have’ access? ‘Navigators’: private individuals ranging from community organizers to possibly convicted felons, designated to help consumers work their way through the otherwise impenetrable Obamacare maze,” Theroux writes in The Beacon. “Opponents claim almost anyone could become a Navigator, and they will not be subject to background checks.”

Obamacare: All Your Intimate Information Available to (Almost) Anyone, by Mary Theroux (The Beacon, 7/22/13)