Can we reconcile equal liberty and public welfare? This is the challenge of the Bill of Rights, indeed of the entire American Constitution. This recurring question will be highlighted anew not only by the upcoming bicentennial of the Bill of Rights but also by the quincentenary of Columbus’s voyage to North America. While some will be celebrating the adoption of what has become a foundation for American liberties, others will be protesting the event that opened America’s aboriginal populations to European ascendancy. It is an ongoing paradox of history that security for some has often come at the expense of freedom for others, all in the name of the “public interest.” We continue to see this fundamental conflict in such raging contemporary controversies as censorship, gun control, drug laws, and national service.

As Forrest McDonald explains in Novus Ordo Seclorum: The Intellectual Origins of the Constitution, the American revolutionaries claimed nothing more than the freedom of Englishmen. Their rights were deeply rooted in English history, dating back as far as Magna Carta, but Americans no longer could depend upon any document of governmental creation. The rights of individuals must be understood to exist independent of government. The revolutionaries had grasped that individual rights were essential because governments could not be trusted. The fact that native Americans and blacks were long denied the rights of Englishmen only confirmed the central truth of the revolution—that governments are not to be trusted with human freedoms.

Given their distrust of government, the framers of the United States Constitution were unwilling to rely on parchment protections of liberty. Although the states had their own bills of rights, the new national government was to be constrained by its structure. The checks upon arbitrary authority that resulted from a separation of powers have long been acknowledged, and as Felix Morley underscores in Freedom and Federalism, the federal structure dividing power between state and national levels—was also conceived as a protection of freedom. In our celebration of the Bill of Rights’ 200th Anniversary, we must not lose sight of the relationship between structure and freedom. We instead should remind ourselves of this lesson, so well understood by the framers of the Constitution. A parchment barrier against the abuse of government power is not sufficient. The questions of governmental structure are more than disputes over power; they are fundamentally concerned with the impact of government on the liberties of individuals.

When submitted to the state ratifying conventions, the Constitution contained no bill of rights. Alexander Hamilton and other Federalists insisted that the Constitution, based as it was on popular sovereignty, was itself a bill of rights; that the enumeration of some rights would inevitably overlook others; and that as a government of enumerated powers the national government had not the power to infringe individual liberties. But the opponents of the Constitution—Patrick Henry, George Mason, Richard Henry Lee, and others whose well-founded fear of excessive centralization is sympathetically reviewed in Herbert Storing’s What the Anti-Federalists Were For: The Political Thought of the Opponents of the Constitution—extracted a promise that a bill of rights would be the first order of business for the new Congress. And so in 1791 the Bill of Rights was approved as the first ten amendments to the Constitution.

Central to the new Bill of Rights was religious freedom. Much of the debate over religious freedom had its origins with Thomas Jefferson and James Madison in Virginia. One book is particularly enlightening on the history and contemporary significance of the Virginia debates. James Madison on Religious Freedom, edited by Robert Alley, includes several of Madison’s own writings as well as essays on his ideas and their influence on American history. Henry Steele Commager in the final essay concludes that Madison’s ideas reflected the sometimes uneasy tension between a “civil religion,” or what Benjamin Franklin called a “religion of virtue,” and a fundamentalism concerned with private virtue. This tension between civic virtue and individual liberty is not peculiar to the First Amendment clauses on religion. It was a dominant theme of the debates at the Philadelphia convention and it pervades the history and modern interpretation of most Bill of Rights provisions.

Another provision of the First Amendment that was of immediate concern to the Constitution’s framers related to the freedom of the press. The English law of seditious libel had a long history, and notwithstanding their own protests against British censorship, the new American government did not hesitate to enact a sedition act in an effort to control political opposition. This and other evidence of the framers’ ambivalence toward censorship led Leonard Levy to publish Legacy of Suppression: Freedom of Speech and Press in Early American History in 1960. The book was upsetting to many civil libertarians. In 1985 Levy published a revision of his earlier work under the title Emergence of a Free Press. Levy does not recant on his legal history, but acknowledges that the press functioned as if the law of seditious libel did not matter. The book is important both as a history of First Amendment freedom of expression, and as a reminder that there is always room for progress in the pursuit of liberty.

Another book by Leonard Levy explores the Origins of the Fifth Amendment: The Right Against Self-Incrimination. Specifically, it concerns the right against self-incrimination. Starting very early in English legal history, moving stirringly through the many treason trials of John Lilburne, and culminating in the adoption of the Fifth Amendment, Levy recounts the struggle for this fundamental liberty. Like the American revolutionaries, Lilburne was a “freeborn Englishman who claimed his liberties.” One of the radical Levellers during the English Civil War, this early libertarian consistently opposed both royal absolutism and Cromwell’s revolutionary dictatorship. Unlike the American revolutionaries, Lilburne ultimately lost, spending most of his adult years in jail and dying in exile. Yet the right against self-incrimination survived as his legacy.

The significance of these First and Fifth Amendment freedoms is little different today than it was when the Bill of Rights was adopted. But the conditions of modern life present a challenge to those who must interpret and apply the Bill of Rights today. Democratic government, in addition to the duty to respect its citizens’ rights, has assumed responsibility to provide for the “general welfare.” When, if ever, is it appropriate for liberty to be sacrificed to the general welfare? Even the absolutist language of the free speech clause of the First Amendment has been subjected to the balancing approach that characterizes constitutional jurisprudence in the 1990s. It is a balancing approach that stems from the inability to reach a principled resolution of the historic tension between individual liberty and republican virtue.

A multitude of modern issues pit the general welfare against individual liberty. Three have been the subject of recent books. The Gun Control Debate: You Decide, edited by Lee Nisbet, is a balanced collection of essays on the facts, policy, and constitutionality of gun regulation. The essays show, as Nisbet says in the introduction, that “whole systems of values—political, social, personal and aesthetic—are in conflict.” Of course this conflict is not peculiar to the gun control debate. Value conflicts are inherent to democratic government.

The Bill of Rights should offer at least a partial solution to these conflicts. In the case of gun control there is the Second Amendment. The concluding essays in Nisbet’s book offer contrasting opinions on the amendment’s meaning. More importantly they evidence that legal interpretations are often a reflection of underlying values. Sanford Levinson writes about “the embarrassing second amendment” in much the way that Levy writes about the framers’ acceptance of censorship. Neither scholar finds the result they would prefer, and both will be pilloried by others of less principle. (On the history of the constitutional right to bear arms, also consult Stephen Halbrook’s authoritative bestseller, That Every Man Be Armed: The Evolution of a Constitutional Right.

Herbert Weschler once sought to find a solution to this problem of value-laden interpretation in what he called “neutral principles.” But it was as pointless a search as the concept is meaningless. Principles are never neutral. They deal with values, and the Constitution with its Bill of Rights is if anything a statement of values. It upholds liberty and freedom, individual autonomy and self-governance. The interpretive difficulties we face today will not be resolved by appeals to false neutrality. We must face head-on the conflict between civic virtue and individual liberty that the framers recognized but did not resolve.

Steven Wisotsky addresses an even more difficult problem for constitutional interpretation in Beyond the War on Drugs. Wisotsky does not dwell upon constitutional claims. Rather he argues that the entire approach of a regulatory war on drugs is misconceived because it is preoccupied with the effects of drugs and fails to focus on the values of “freedom, informed choice, and social responsibility,” all central to our constitutional system. “In a democratic society,” writes Wisotsky, “regulation cannot succeed unless it appropriately defers to social custom and individual autonomy.” There is much to be learned from the Bill of Rights about the underlying values of American society, even where no specific clause is at issue. (Another excellent source on the war on drugs is Ronald Hamowy, Dealing with Drugs: Consequences of Government Control.)

Finally, Freedom at Risk: Secrecy, Censorship, and Repression in the 1980s, edited by Richard Curry, is an indictment during the Reagan Administration of a “rejection of First Amendment values.” Curry’s book argues that the failing during this period, despite anti-statist rhetoric on domestic issues, was the willingness to sacrifice liberty in the name of perceived threats to “national security.” Because national security is vital to the Constitution’s survival, it is more easily abused than other appeals to general welfare.

Curry concludes his introduction by repeating Benjamin Franklin’s oft quoted statement that what the framers gave to America is “a republic, if you can keep it.” The Bill of Rights was the earliest in a long history of efforts to keep the republic. The framers of the Constitution and the Bill of Rights understood that the struggle for republican government and individual liberty would go on for as long as people care about freedom. As Americans celebrate the 200th anniversary of the Bill of Rights we would do well to remember that government remains the greatest threat to liberty. There is nothing neutral about liberty. It is the one value that all Americans must seek to protect and enhance, and an excellent treatment can be found in Tibor Machan’s Private Rights and Public Illusions, published by the Independent Institute. 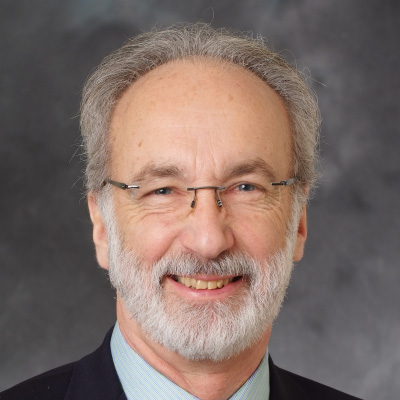 RELATED
End the COVID National Emergency Now
Left Libertarians, Dobbs, and the Ninth Amendment
Congress Must Fix the Electoral Count Act to Avert a Crisis
As California Schools Fall Even Further, A Charter School Shows How To Succeed
What Difference Did the Election Make?
Enjoyment of the Upcoming World Cup Will Come at a Price
Vote Like a Woman: When You Vote, Remember Who Has Recently Most Hurt Women
Permissible and Impermissible Incendiary Speech?
Michael Bloomberg Has Become the Advocate that Higher Education Needs the Most
Like Soviets and Russians Before, China Is a Hollow Threat
‘Treason’ Goes Way Beyond Cato And Mercatus: Lots of Economists Oppose the Jones Act
CA Propositions 26 and 27 Are More about Protectionism than Gambling