What I Think Is Really Going On in Publishing: Independent Institute

According to Nielsen’s BookScan service, the first book in the Shades trilogy, Fifty Shades of Grey, sold 6,345,387 copies in trade paper in the United States between its publication date in April 2012 and the end of that year. Other sources state that the series has sold over 65 million copies worldwide, with book rights having been sold in 37 countries, and it has set the record as the fastest-selling paperback of all time, selling even faster than the Harry Potter series in paperback.

Of course, the most interesting part of the story is that this was Twilight-series fan fiction that was published first on a Website, then by the Writer’s Coffee Shop in Australia as an e-book and a POD paperback.

“So what?” you ask. Well, this example of nontraditional publishing highlights what I think is the most important shift in publishing in the last three decades.

For many of us the issues of the day seem to be the digital revolution, the confusing future of print books, and the hardware that keeps shape-shifting (so that now we have phablets!). Ultimately, those seem like minor issues to me. I suggest that they are inevitable changes in light of the cultural and technological shifts that have been happening since the advent of the personal computer.

As I see it, the most important shift or issue in our industry is not about DIY publishing per se. Self-publishing has been around for a long time, and there is a long history of self-published books becoming bestsellers: What Color Is Your Parachute? by Richard Bolles, The Celestine Prophecy by James Redfield, The Joy of Cooking by Irma Rombauer, The Macintosh Bible by Arthur Naiman, The Christmas Box by Richard Evans, The Shack by William P. Young, the Fade series by Kate Dawes, and the list goes on and on. Now this phenomenon is simply heating up and growing as the digital revolution creates even more possibilities.

Markets and more markets. That is the change that matters most. For decades there has been a myth abroad in traditional publishing that markets were limited or that some didn’t even exist. And I was an unwitting mouthpiece for this myth, as were many of my editorial colleagues.

As a senior editor at HarperCollins in the late ’70s and ’80s, I was often told that certain books were not publishable because there was “no market” for those books. My authors told me that they knew who their readers were and could reach them if the publishing company marketed their books strongly. But unfortunately our marketing efforts did not reach authors’ niche readers and markets, and I heard “no market” so often from our marketing and sales people that I began to believe the assertions by authors less and less.

Maybe it was closer to true that markets were limited back when most books were sold primarily through bookstores. Now I want to publicly denounce that myth.

The most important lesson that can be learned from the recent seismic shifts in the book publishing industry is this: Readers are out there for specific books, and they can be found. E.L. James with her Fifty Shades series has proved it; all the bestselling self-published books and authors have proved it, and we should heed this lesson.

In light of what is happening in publishing today, no editor should ever utter the myth about nonexistent markets again. The truth is that niche markets are infinite in number. Authors have

always known this but couldn’t convince editors, publishing houses, or bookstores that they knew their readers and that those readers would respond. (Just for the record, of course I am not referring to authors who naively say that everyone will want to buy their books.)

With the list of self-published books large and growing, news about this phenomenon appears almost daily at sites run by Book Publishing magazine (and in its e-newsletter, Publishing Business Today), Mediabistro, Publishers Weekly, and Digital Book World, among others. And with what independent publishers and DIYers have known for years about multiple and diverse markets becoming evident to everyone in the culture, publishing houses are demanding that each author have “a platform,” a demand acknowledging that there are identifiable readers for specific books and authors. Building a platform is an onerous request for some authors, but it is a step in the right direction for shattering the myth of limited markets.

I admit that it is not easy to discard such a strong myth and come to believe that publishers can find infinite niches and worlds of readers. So the self-published success phenomenon might continue to startle us for some time to come. It will especially startle large corporate publishers, because that is where the myth of limited markets is most entrenched.

The story of publishing’s “shadow markets” provides some interesting parallels (see “The Publishing Funnel, or Decoding the Editorial Decision-Making Process,” August 2011, for another take on shadow markets).

Shadow issues and books move in and out of the mainstream culture and consciousness. Back in the late ’70s and early ’80s, for example, the world of addiction and recovery began to make national headlines, and books on those subjects began rolling off the presses in huge numbers. Those books became bestsellers and even prompted the startup of a few new publishing houses.

Editors at major publishing houses, notably the brilliant editor Toni Burbank at Bantam, oversaw burgeoning lists of bestselling recovery books. One publisher, Health Communications, was right in the thick of this movement and had many addiction and recovery star authors on its list. And at Harper we rode this wave very successfully with many bestselling addiction and recovery titles.

As an adult child of an alcoholic myself, I was especially keen to find and publish books that would help the millions of us who had suffered some of these family-of-origin effects.

And then it was over. Kaput.

Apparently, after a few years, the media tired of the subject and decided not to cover stories of addiction, trauma, and abuse, and traditional publishers followed suit. The bigger New York houses said they could no longer sell any more of John Bradshaw’s or Claudia Black’s books, nor books by Melody Beattie and Stephanie Covington. Did this mean that there were no more addicts or adult children of addicts or victims of trauma and abuse, or that none of them who could and would read were left in America?

If you were an author or agent for a recovery book after the end of the tsunami of recovery literature, that is exactly what you would have been led to believe. Addicts, friends of addicts, victims, and therapists didn’t read books any more, editors said. So, in theory, the market no longer existed. Some publishing houses closed down. Some shifted their emphasis (Health Communications started publishing the Chicken Soup series and went off in a very successful direction, thank you very much). Supposedly the movement was over.

So what is next? Well, those of us who work in traditional publishing operations need to support the DIY and independent publishing movement with every ounce of energy we have. This is the future of publishing and reading. These are the innovators, the risk takers, and the people who know best that there are readers who live outside our limited marketing imaginations.

Our industry will calcify if we don’t, first, see this new wave of publishing that is rushing toward us and, second, celebrate it.

I see glimmers of this kind of support and innovation in traditional publishing and they make me hopeful. No more black-and-white conventional myths for me. I want to see the colorful and startling truth that there are millions of readers, each of whom will buy anything that is really interesting to them. 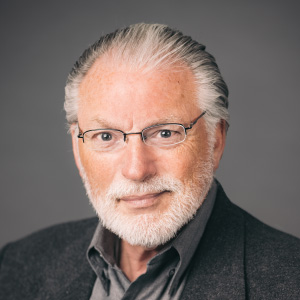 Roy M. Carlisle is the former Executive Editor for Books at the Independent Institute and a member of the Board of Directors for the Independent Book Publishers Association.
Culture and SocietyEntertainment

RELATED
Remembering Great American Bill Russell
The Sovietization of American Life
What Firearms Have “Common-Use” Protections?
Trickle-Down Racist Antiracism
In Defense of Inequality
The Nihilism of the Left
History Should Be Our Guide in Ukraine
From Depressionist to Stalinist
The Real ‘Reset’ Is Coming
Don’t Cancel All Russians for Putin’s Crimes
The Crowded Road to Kyiv
From 1945 to 2022: The porcine politburo of George Orwell’s Animal Farm now prevails in North America.