Critics of the Affordable Care Act (Obamacare) need an alternative vision. What follows is a short explanation of the core ideas posted at the Congressional Health Care Caucus and developed in greater detail in the book Priceless: Curing the Healthcare Crisis.[1][2]

Fairness: All families should receive the same tax relief when they obtain private health insurance, regardless of where they obtain it. The federal government encourages the purchase of private health insurance through the tax system. Yet the current approach is arbitrary, regressive and unfair. Instead of paying taxable wages, employers are able to purchase health insurance for their employees with untaxed dollars. These employer-paid premiums avoid federal income taxes, federal payroll taxes (FICA), and state and local income taxes as well. This “subsidy” is worth almost half the cost of the insurance for a middle income family. Yet the same family receives virtually no tax relief if it purchases the insurance on its own.

Because of the way we subsidize private health insurance, the higher the family’s tax bracket, the greater the subsidy. A family earning $100,000 gets six times as much tax relief as a family earning $25,000. We are giving the most encouragement to those who need it least.

As an alternative, we should replace the current system of tax and spending subsidies with a system that offers everyone a uniform, fixed-dollar tax credit for the purchase of health insurance.[3] The credit would be refundable, so that it would be available even to those with no tax liability. A reasonable goal, for example, would be a credit of $2,500 per adult and $8,000 for a family of four.

Universality: If taxpayers fail to insure and do not take advantage of the tax relief offered to them, the tax relief funds should be made available to local safety-net institutions to be used in case the uninsured cannot pay their own medical bills. If an individual chooses to be uninsured, the unclaimed tax credit should be sent to a safety net agency in the community where the person lives. These funds would provide a source of finance in case the uninsured are unable to pay their medical bills.

Under this approach, the government pledges a fixed sum of money for every individual and money follows people. If everyone in Dallas County opts to obtain private insurance, there would be no need to fund a safety net and all the government’s support would be in the form of tax credits for health insurance premiums. On the other hand, if everyone in Dallas County opts to be uninsured, all the unclaimed tax credits would go to safety net institutions in Dallas.

This is an easy reform to implement, even if peoples’ insurance status changes often over the course of a year. All the federal government needs to know is how many people live in each community. If the tax credits claimed on income tax returns fall short of their potential for the community as a whole, the balance would be provided in the form of a block grant to be spent at the local level.

Portability: Employers should be free to purchase personal and portable insurance for their employees. One of the biggest problems in the U.S. health care system for the working age population is that health insurance is not portable. In general, when people leave their employers, they must eventually leave their employer’s health plan. Almost all the problems people have with pre-existing conditions arise because of a transition from the employer provided insurance to individually purchased insurance. And those problems arise because the employee doesn’t own the insurance.

There are four advantages to individually owned insurance that travels with the individual from job to job and in and out of the labor market. First, portability allows a long-lasting relationship with a health plan, which in turn allows a long lasting relationship with providers of care. This means that people who switch jobs frequently can still have continuity of care—which is usually a prerequisite for high quality care. Second, people who have portable insurance will not be locked into jobs solely because their benefits aren’t portable. Third, portable benefits are consistent with a mobile labor market, which is a necessary component of a dynamic, competitive economy. Finally, a system of portable benefits is one in which the employer’s role can be purely financial rather than administrative—much like the 401(k) system. Employers could specialize in what they do best, leaving health insurance to insurance firms.

One reason we don’t have portable insurance today is because of the federal tax law. As noted, we generously subsidize employer-provided insurance, but offer very little tax relief to those who must purchase insurance on their own. Even with these discriminatory tax subsidies, insurance could still be portable if employers bought individually owned insurance rather than group insurance. But most states make it illegal for employers to use pretax dollars to purchase individually owned insurance and most states believe they are required to outlaw the practice under federal law.[4]

Patient Control: Patients should be free to manage more of their own healthcare dollars. Individuals are able to save for medical expenses in a number of tax-favored accounts.[5] Yet the rules governing these accounts are arbitrary, unfair and void of any clear public policy purpose. To have a Health Savings Account (HSA), for example, people must have health insurance with a rigid, across-the-board deductible. By contrast, people with Health Reimbursement Arrangements (HRAs) can have flexible deductibles, but they can never withdraw unspent money for nonhealth purposes. Flexible Spending Accounts (FSAs) are also completely flexible, but they are use-it-or-lose-it accounts. Any funds remaining at year end must be forfeited.

What is needed is a single, flexible account that can wrap around any health insurance plan. In this way, people could combine self-insurance with third-party insurance in creative and economically efficient ways. Ideally, unspent funds could be withdrawn for other purposes without taxes or penalties.

In addition, employers and insurers should be able to make special deposits to the accounts of the chronically ill. Studies show that chronic patients can often manage their own care with results as good as or better than traditional care.[6] If patients are going to manage their own care, it makes sense to allow them to manage the money that pays for that care. That’s because these programs provide the same incentives and power for patients to manage and control costs as HSAs, since they are effectively spending their own money.

The Commonwealth Fund notes an international trend toward self-directed care (SDC), and it is focused on a most unlikely group of patients: the frail, the old, the disabled, and even the mentally ill.[7]

In the United States, Medicaid Cash and Counseling Programs, under way for over a decade, allow homebound, disabled patients to manage their own budgets and choose services that meet their needs.

Real Insurance: Insurance should not just pay for the cost of becoming ill, it should also cover the future costs associated with incurring a pre-existing condition. Insurance markets work best when each enrollee pays a premium that reflects the costs he or she is likely to incur. When this principle is violated (as it is under same-premium-for-all rules), people face perverse incentives.[8] Those who are over-charged will tend to under-insure; while those who are under-charged will tend to over-insure. Even worse, insurers will have an incentive to over-provide to the healthy (to keep the ones they have and attract more of them) and under-provide to the sick (to encourage their departure and discourage enrollment of any more of them).

But what happens if someone gets sick and develops a “pre-existing condition”? Most chronic problems (diabetes, asthma, cancer, heart disease and so forth) do not arise while people are uninsured. They arise when people and their employers are paying premiums. But in a mobile labor market, people leave their jobs. When they seek new insurance, they discover that the new insurer either won’t insure them or insists on excluding coverage for the pre-existing condition.

In popular discussions of this problem, the tendency is to blame the new insurer, but this condemnation is surely misplaced. Remember, the person with the pre-existing condition has been paying premiums perhaps for many years to the original insurer. Does it make sense to allow the original insurer to collect all the premiums but force the new insurer to pay all the bills?

Part of the solution is one already addressed: we should encourage individually owned, personal and portable insurance, so that the problem does not arise in the first place. The rest of the solution is a better insurance product. If people could buy “change of health status” insurance or even better—if that were part of the normal health insurance contract—their original health plan would pay the extra premium being charged by the new plan, reflecting the deterioration in health condition. In this way, people would be insured against the economic consequences of developing a pre-existing condition.

If insurance premiums for people with health problems are artificially low, insurers will run from people such people at the time of enrollment and have no incentive to treat them well after enrollment. Under the proposal made here, the insurer would be fully compensated for the above-average expected costs. As a result, insurers would complete to attract the sick as well as the healthy and would search for ways to better meet their needs. 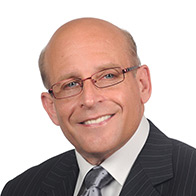 RELATED
Gavin Newsom’s 2022 Vision
Free Markets, Not Slave Markets
Price Controls and Government Spending Won’t Fix Inflation
Financial Planning for Dummies
What Makes Riots, Conspiracies, Cabals, and Insurrections ‘Good’ or ‘Bad’?
Is Democracy Under Siege?
Why BBB Would Be Hazardous to Your Health
It’s Time for the Fed to Go Old School
Why Would Hispanics Drop the Left?
Pillage People and the Pandemic
Book Review: The Real Anthony Fauci: Bill Gates, Big Pharma, and the Global War on Democracy and Public Health
A Biden Plan for Prices? No Thanks