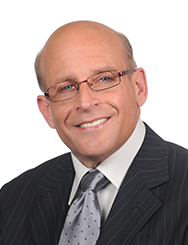 Mr. Ferrara served in the White House Office of Policy Development under President Reagan, and as Associate Deputy Attorney General of the United States under President George H. W. Bush. He is a graduate of Harvard College and Harvard Law School.

He has taught at George Mason University School of Law where he was Director of the International Center for Law and Economics, and he regularly writes for Forbes, National Review, Washington Times, American Spectator, and FoxNews.com.

Article
The Healthcare Contract with America
Research Article July 7, 2012
Video and Audio
How to Repeal and Replace Obamacare
Audio July 10, 2015
The Road to Freedom and Prosperity
Video July 10, 2015