During the Cold War, anti-communist activists were accused of using Red Scare tactics. They were parodied along these lines: The communists were everywhere, maybe even under your bed, so support the politicians who would spend massive resources, and perhaps strip away a few liberties, for the greater good of saving the nation, and especially the children, from a horrible fate. Politicians such as Senator Joseph McCarthy rose to prominence by “revealing” the threat the nation faced. Some stories were false, some exaggerated, and some true, but sensible national policy should never be based on horror stories by charlatans.

In recent years politicians have gotten good mileage with a Green Scare campaign. Vice President Al Gore wrote Earth in the Balance, a book filled with green scares, most of dubious merit, far overblown, or simply false, but all requiring central control of property and the economy. Environmental horror stories are so widely accepted that political opponents are chary of sneering about them. It’s worth reviewing the facts about some famous Green Scare stories, most of which are still repeated as gospel.

Some readers may recall the sight of flames leaping from the Cuyahoga River in Cleveland in 1969. An oil slick on the river caught fire, which lit wooden train trusses. There had been fires in the river before; the Cuyahoga, an industrial sewer, was biologically dead. A few years before the fire, a real estate company had sued the city for allowing the river to deteriorate to such a condition. The trial court ordered the city to investigate the causes of the pollution and ordered “such nuisances . . . to be abated.” The supreme court of Ohio reversed, holding that the river was under the control of state authorities. Common-law protection had been erased by the Ohio Water Pollution Control Board, which had granted permission for various industries to discharge wastes into the Cuyahoga and, thereby, Lake Erie. When regulation takes precedence over common-law rights, the result can be destructive to the environment.

The book Silent Spring is referred to as a sacred writ of environmentalism; but it is more of a totem than a useful source of information since the book is filled with incorrect information and half-truths. The single chemical most bewailed by Rachel Carson was DDT, which was alleged to have caused massive destruction of birds (thereby leading to the silent spring when chirping would no longer be heard). As a result, DDT was banned. Yet it had saved millions of lives. Paul Hermann Müeller, its Swiss creator, won the Nobel Prize for the chemical, which controlled mosquitoes and, thereby, malaria, in many parts of the world.

Before large-scale DDT programs were introduced in 1962 in Ceylon (now Sri Lanka), there were some two million cases of active malaria reported for the country.[1] During the DDT program, the number of new active cases fell to 17 in 1963. In 1964, pressures from Western nations brought an end to the use of DDT. By 1969, 2.5 million people in Sri Lanka were suffering from the disease, partly because it was not politic to admit that wise leaders do not know their environmental science and are willing to inflict massive suffering on tens of millions of people in lesser-developed nations.

Of course there can be too much of a good thing; the federal government was so DDT-happy after World War II that it dumped huge quantities from bombers, despite objections from farmers who resisted such “help.” In one case the concentration was so high from a U.S. Department of Agriculture dump that it killed a herd of cows.[2] Despite Carson’s assertions, there was then and still is little evidence that individual farmers, paying for DDT, sprayed it in such massive quantities that it caused environmental damage. The relationship between DDT and damage to bird eggs is no longer the certainty that was presumed. Scientific evidence is in order before assertions are accepted and policy conclusions are reached, but politicians have little incentive to rely on science.

The air in Los Angeles is much cleaner today than it was in the 1950s and 1960s, despite the large growth in population and number of vehicles on the road. It is not certain that the federal Clean Air Act and the Environmental Protection Agency deserve the credit. By the time the 1970 Clean Air Act was enacted, every state had some sort of air-pollution control legislation, as did 81 counties and 107 cities.[3] Citizens of Los Angeles had little choice but to find a solution to the smog problem, which at the time even the best scientists could not explain well. British insurance companies holding Los Angeles municipal bonds were so concerned about the city’s future prospects that they indicated the bonds would be called unless effective action was taken to clear the air.[4] Market pressure required city leaders to act. Scientists at the California Institute of Technology were paid to research the problem, and one received a Nobel Prize for identifying the photochemistry of smog. State restrictions on automobile emissions followed.

California and the rust-belt states with sooty coal-fired electric generators and steel mills knew that as they took costly steps to deal with their peculiar or worse-than-average air pollution problems, they would face competitive disadvantages. So California pressed for the rest of the nation to be forced to implement the same kinds of emission controls that made good sense for it to impose. California and the rust-belt states patched together what should have been seen as an anti-environmental alliance in crafting many provisions of the Clean Air Act. The filthiest places were given less responsibility to clean up than were the clean-air areas, and the cleanup mandates were expensive, special-interest driven measures.[5]

Since passage of the 1970 Clean Air Act, progress on air quality has been made, but it was being made before that time, perhaps more rapidly, and certainly in a more cost-effective manner designed to address local problems.[6] The billions mandated by statute to be spent on outdated technological and command-and-control solutions, to comply with standards that have little to do with scientific evidence of harm, force the consumption of many resources that could have been devoted to other worthy endeavors.

The granddaddy of all Superfund sites is Love Canal. In 1980 it generated horror stories of chemicals seeping from an abandoned toxic dump site run by Hooker Chemical Company (Occidental Petroleum). Publicity about the site helped spur public support for quick passage of the Superfund toxic-cleanup law, the Carter administration’s final major “gift” to citizens before leaving office.

Love Canal was a failed entrepreneurial canal built in the 1800s. In 1941, Hooker Chemical bought the 3,000-foot long trough, which was 8 to 16 feet deep and 60 to 80 feet wide, to use to dump toxic waste from its plant on the outskirts of the City of Niagara Falls, New York. The canal soil was hard clay, so it made an excellent disposal site that did not appear to cause water contamination. In the 1950s, the city, which had been fully informed of what was under the soil, essentially condemned the Love Canal property and, over company objections, later built a public school on the grounds and allowed housing to be constructed there. Eventually, Hooker had to pay to clean up the site under the Superfund law.

Hooker was also sued in tort by citizens and various governments. The federal court judge in 1994 provided exhaustive findings in the case, U.S. v. Hooker Chemical. The government requested punitive damages from Hooker, but the court rejected the request. Nevertheless, Hooker was held negligent, primarily for not coming forward with more information about the dangers of various chemicals in later years. “While the Company should have made greater efforts to keep local residents off the property,” the judge ruled, “it violated . . . no legal obligation in failing to do so. It responded to complaints about odors, fires, and exposures to chemicals whenever notified, and there was no evidence of injury during the disposal operations that would have signaled a compelling need to provide more protection.”

These horror stories, the stuff of the Green Scare, have achieved the status of Official Truth. But each is grossly distorted in the service of interventionist environmentalism. Here’s yet another example of the old saying that it’s not what we don’t know that hurts us. It’s what we know that isn’t so.

This article is reprinted with permission from The Freeman, October 2000. © Copyright 2000, the Foundation for Economic Education. 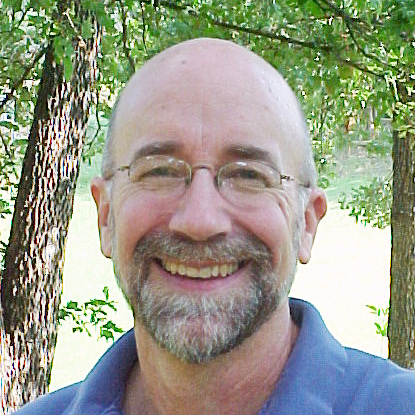 Roger E. Meiners is the John and Judy Goolsby and E.M. (Manny) Rosenthal Chair in Economics and Law at the University of Texas, Arlington.
Climate ChangeEnergy and the EnvironmentPollutionRegulationScience and Public Policy

RELATED
Killer Robots: Another Example of War Coming Home to You
If You Really Wanted to Destroy the United States, Then . . .
Post-Faucist America: Without crucial reforms, the NIAID boss Anthony Fauci will be neither gone nor forgotten.
Where Is the Free Market Utopia?
On Gas Prices, Simple Economics Trumps Biden’s Partisan Agenda
Brazilians Try to Decide Which Is the Lesser Evil
Colleges: Go Back to Basics
The Fed’s Mission Creep Has Turned Its Monetary Policy into a Failed Mission
Is This the End of the U.S.-Saudi Partnership?
The PayPal Fiasco Was No Accident
Will Biden’s Support for the Iran Protests Backfire?
Gov. Newsom Is Right to Oppose Proposition 30, A Destructive Tax Increase