U.S. Secretary of Education Betsy DeVos said too many schools are operating “very similarly to 100 years ago, and the world today is much different.” She is right, but the secretary might direct Americans to the creative innovation happening abroad.

In 1999, Mitra placed a computer with internet access in a wall in an Indian slum. Within hours, kids gathered in groups to teach each other how to browse and download programs.

Mitra discovered that learning, memorization and critical thinking were maximized when four kids collaborated using one computer, even with limited adult intervention. For example, in India, kids only had access to “Granny Clouds,” which allowed British grandmothers to give the kids encouragement and English lessons using webcams.

Mitra introduced SOLEs to a school in Gateshead, England, and found primary school students learned secondary school material. Today, several schools in Georgia, Maryland and Texas have “SOLE sessions.” Mitra’s research challenges the view that learning is maximized when teachers stand in front of a chalkboard lecturing. Students can successfully teach each other.

James Tooley, a professor of education policy at Newcastle University who studies private education in developing countries, has found an abundance of low-cost schools independent of the government that often operate below the radar.

In Patna, India, Tooley identified 1,224 such schools when government records listed only 40. In the poorest area of Hyderabad, 37 percent of schools are small and unregistered, operating successfully without government funding or regulation.

A full 76 percent of schoolchildren in Hyderabad attend independent schools, and they outperform similar students in government schools. Similar results were found in Ghana and Nigeria.

Impressed by what he observed, Tooley founded a chain of 38 low-cost, high-quality independent schools in Ghana, the OMEGA Schools. The daily “pay-as-you-learn” fee is 65 U.S. cents, less than 14 percent of the average daily income in Ghana. (The U.S. equivalent would be $24 per day.) Tooley’s research shows value-for-money is achieved when schools face robust competition and daily accountability, with limited bureaucracy.

Obstacles are in the way of a large-scale adoption of the Mitra/Tooley approach in the United States. Adult supervision of students is often required by law, and government-school teachers must be certified. And given the power of teacher unions, politicians typically oppose any reduction in the role of teachers or “educrats.”

Even though government schools have serious flaws, many parents are reluctant to gamble on new learning models. On the other hand, American parents can overcome the obstacles to innovation.

In low-income neighborhoods, where schools are often dangerous and ineffective, parents want new options. As proof, 70 percent of low-income voters support school vouchers. The learning models proposed by Mitra and Tooley are not for everyone, but parents fed up with failing government schools would likely jump at more choices. Other parents would follow with demonstrated success.

In contrast, American politicians suffocate choice and competition: The number of public school districts plummeted from 119,001 in 1937 to 13,588 in 2011.

The Acton Academy is a franchise model that is consistent with the Mitra/Tooley approach, as is today’s homeschool model, which features decentralization, personalized curriculum, student collaboration, integrated technology,and fewer government rules. Homeschooled kids test better than kids in government schools.

Old-line government schools are failing many children, especially in low-income neighborhoods. Yet in some of the world’s poorest places, people find innovative ways of helping themselves by nurturing high-quality, decentralized, low-cost independent schools, featuring tech-infused student collaboration. Entrepreneurs could revolutionize U.S. education by rapidly scaling up this approach. 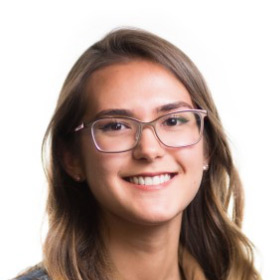 RELATED
Fine. Blame Ticketmaster for the Taylor Swift Fiasco, but Don’t Overlook the Fundamental Cause.
Can’t Get Taylor Swift Tickets? Blame Other Fans, Not Ticketmaster
End the COVID National Emergency Now
Let Them Compete: Labor Markets Are Workers’ Friends, Not Their Enemies
Left Libertarians, Dobbs, and the Ninth Amendment
As California Schools Fall Even Further, A Charter School Shows How To Succeed
Why Do Progressives Support Democrats? Part Two
There Are 8 Billion People. We Should Celebrate Superabundance, Not Lament ‘Overpopulation’
What Difference Did the Election Make?
Why Do Progressives Support Democrats? Part One
Enjoyment of the Upcoming World Cup Will Come at a Price
The Development of Liberalism in Ukraine