What America Can Learn from Hong Kong, and Even Mauritius: News: The Independent Institute

The United States now ranks 11th in economic freedom, according to the new 2017 Economic Freedom of the World Report published by Canada’s Fraser Institute. The research provides important lessons about “economic nationalism,” which has re-emerged as a populist force both in the United States and elsewhere around the world.

Hong Kong and Singapore are once again the most economically free, followed by New Zealand, Switzerland, Ireland, the United Kingdom, Mauritius, Georgia, Australia, and Estonia. The United States is tied with Canada.

Venezuela, South America’s socialist basket case, is in last place due to years of monetary mismanagement and political corruption.

The report measures the level of economic freedom in 159 countries by gathering country-specific data on 42 variables in five broad categories: (1) the size of government, i.e., taxes and spending; (2) legal structure and security of property rights; (3) access to sound money; (4) freedom to trade internationally; and (5) regulation of credit, labor, and business.

An 11th-place ranking might not sound so bad, but the United States was once ranked second. So what happened?

This plunge in economic freedom has hurt the U.S. economy through self-inflicted wounds, such as unnecessarily burdensome regulations, undisciplined government spending, and reckless money creation following the Great Recession. These policies were imposed by the U.S. government, not by China or any foreign power. Yet economic nationalists have been blaming other countries for America’s lackluster economy.

Former White House chief strategist Steve Bannon told the Hollywood Reporter, “The globalists gutted the American working class and created a middle class in Asia.” “The economic war with China is everything,” he told The American Prospect. “If we continue to lose it, we’re five years away, I think, ten years at the most, of hitting an inflection point from which we’ll never be able to recover.”

Bannon’s zero-sum reasoning is not supported by the evidence.

Top-ranking Asian countries increased their standard of living by learning from the example of a younger America, whose government did not intrude into every aspect of commercial life.

In contrast, the United States has moved steadily in the opposite direction. So regarding economic freedom, the students have become the teachers, and the lessons are clear.

The United States cannot afford to retreat into “government-managed” trade or, worse, isolationism. Instead, it should open its markets, end anticompetitive policies, and fully engage the world through mutually-beneficial trade.

Hong Kong, Singapore, New Zealand and Switzerland—the four countries with the freest economies—outperform or match the United States in 83 percent of the categories used to measure freedom in trade, open capital markets, and access to sound money. Quite simply, the freest countries have better economic policies.

The lesson: The United States must become more open, not more closed, in order to compete internationally and prosper.

Statistical analysis in the freedom report also found that “the rise of anti-immigrant, nativist populism” is not the result of economic insecurity from globalization. Rather, anti-immigrant sentiment is primarily driven by high levels of social welfare spending and taxes, which reduce economic freedom and sets groups against each other.

If the United States wants to restore its global economic leadership, it needs to eliminate anticompetitive policies and institutions, and counter nationalistic sentiments by removing barriers to the free exchange of goods, services, and people. 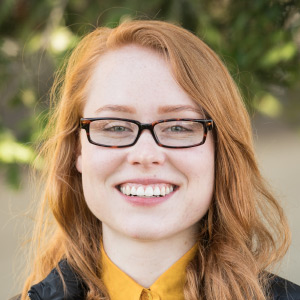 RELATED
An Economic Evaluation of Covid Lockdowns
Liberties Are Only Kept Safe by the Limitation of Government Power
Jordan Peterson: Why I Am No Longer A Tenured Professor at the University of Toronto
Is America Heading for a Systems Collapse?
Just Say No to Biden and Fauci’s Universal Vaccination Nation
The Collapse of Communism
Free Markets, Not Slave Markets
Politicizing COVID-19 From the Start
Price Controls and Government Spending Won’t Fix Inflation
Three Principles for Monetary Institutions: Review of Money and the Rule of Law
What Will the U.S. Supreme Court Decide?
The Problem with ‘Left vs. Right’