How the Black Market Helped Me, and Others, Escape North Korea: News: The Independent Institute

North Korea’s nuclear saber-rattling may be frightening to some, perhaps just as frightening as day-to-day life can be under the Kim regime, from which I was fortunate enough to escape when I was 13 years old.

Growing up in North Korea in the 1990s, my reality consisted mostly of government propaganda, designed to glorify the dynasty and demonize the outside world. We were told in school, in our books, and on television that dying for the Kims was the most honorable sacrifice one could make. There was no room in such a world for human stories, or human emotions, such as laughter and love.

North Koreans, in effect, are abducted at birth—and made slaves to the regime. Hundreds, perhaps thousands, escape each year at great risk, crossing the border into China, where they face almost certain return, if caught. A lucky few make their way to South Korea. But in a country of more than 25 million, this is just a trickle.

There is some hope, however. Since the death of North Korea’s founder, “Great Leader” Kim Il-sung, in 1994, more and more North Koreans have become aware of the water around them. This is due to the underground economy, or black market, which took root in the later 1990s in response to famine. The regime’s hold on North Koreans’ minds has weakened as a result.

Some estimate that 40 percent of North Koreans are now involved in the private underground economy. My generation of millennials, called the Jangmadang generation, or black market generation, has grown up with these private markets, giving us at least a small sense of personal control and self-reliance.

The black market was an essential part of our family’s life, helping us survive. My father and mother worked in black market businesses, buying and selling sugar, eels, cigarettes and other goods. Later my father ran a business smuggling precious metals from North Korea to China. He was caught in 2002 and sent to prison for three years, but was a different person when he was released.

Along with material goods, the black market supplied us with films and videos, filled with “dangerous” information and ideas that provided us with a picture of the outside world far different than what we had known in the past. Although the punishment for watching these shows could be extremely harsh, including execution, this hasn’t stopped people from taking the risk.

That’s what happened to me.

When I was young, my friends and I watched DVDs and listened to music smuggled across the border from China. This exposed us to stories and songs that weren’t about the regime.

A turning point came when I saw a pirated copy of the movie Titanic. It showed me that people could value something that didn’t involve the regime. This was real freedom: realizing not only that love is possible, but that it could be worth dying for.

That vision of life’s possibilities began my mental escape from the Kims’ control, and helped embolden my mother and me to cross the Yalu River into China.

Despite the goose stepping North Korean soldiers you see on television, and Kim Jong-un’s cartoonish carrying on, this vision persists and some day will, I pray, set my generation free.

By presenting an alternative to the regime’s propaganda about life’s possibilities, the underground economy is showing North Koreans that a different future is attainable.

That, I learned, is what the market—whether the free market or the black market—can do. 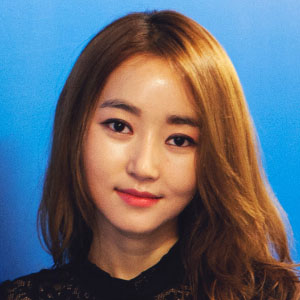 RELATED
Will We Be Allowed to Carry Our Freedom Where We Need It Most?
The NRA Was There
Due Process on Campus: Is It Improving or Declining?
Prices Have Work to Do, Even in Pandemics
No, Inflation Isn’t Good for Workers
10 Reasons Why You Shouldn’t Call Leftists “Liberal”
Northern California Hurt When Wildfire Efforts Are Undermined by Federal Action
Feds Drop Case Against Chinese Researcher: Surprise Move Greenlights More Chinese Espionage in US