←  ABOUT US
About
›
Person Detail
Yeonmi Park 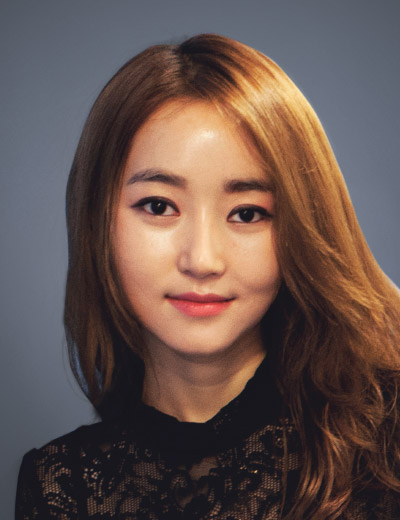 Yeonmi Park is the renowned, young, human-rights activist and North Korean refugee and defector who has become a leading voice of oppressed people around the world. Her 2014 article about North Korea’s “Black Market Generation” in the Washington Post has created a sensation worldwide and the memoir about her escape from North Korea, In Order to Live: A North Korean Girl's Journey to Freedom, has recently been published in 20 languages and 18 countries.

At the 2014 Oslo Freedom Forum and the One Young World Summit in Dublin, she became an international phenomenon, delivering a passionate and deeply personal speech about the brutality and repression of the North Korean regime. Her perilous escape from North Korea has given the world a window into the lives of its people, and due to her bravery, strength, and story, the BBC has named her one of their “Top 100 Global Women.” Ms. Park tells the desperate story of millions of oppressed people enslaved by Kim Jong-Un’s reign, and she believes that change will eventually come through young people like herself, whose exposure to free markets and free expression is eroding the authority of the Kim dynasty.

Born in Hyesan, North Korea, to educated parents, Ms. Park grew up in a society devoted to the worship of “Dear Leader” Kim Jong-Il and uncompromising hatred for any and all critics of his regime. However, after watching a pirated copy of the 1997 film, Titanic, the veil of tyranny began to fall, as she had caught a glimpse of a free world that one day she would yearn to join. In 2003 when she was ten, Ms. Park’s family suffered a crucial blow. After her father, who had been a critic of the regime despite his privileged position as a member of Workers' Party, was sentenced to hard labor for smuggling, her family faced starvation. After his release on medical leave, the family decided they had to flee from North Korea, but became separated before they could escape together. On March 31, 2007, and at the age of thirteen, Ms. Park and her mother crossed the frozen Yalu River into China, hiding from Chinese government officials who would return them to North Korea. However, they fell into the hands of human traffickers, and when one of the traffickers threatened to report them to the authorities if she didn’t have sex with him, her mother intervened for her safety by offering herself to be raped by the trafficker. Nevertheless, both were sold into sex slavery and Ms. Park was subsequently repeatedly raped. In October 2007, Ms. Park sent word to her father and arranged to smuggle him into China. There, he was diagnosed with inoperable colon cancer, and in January 2008, while the family was living in secret, Park's father died aged 45. The family was unable to formally mourn him, fearing that they would be discovered by Chinese authorities, and they secretly buried his remains in the ground of a nearby mountain. In February 2009 at the age of fifteen, with the help of Chinese and Korean Christian missionaries in the port city of Qingdao they were able to evade the attention of authorities and fled through the Gobi Desert of Mongolia and then by plane to South Korea.

Ms. Park has been featured on CNN, CNBC, BBC, Fox Business Channel, Fox News Network, Voice of America, Radio Free Asia, and Aljazeera, as well as in The New York Times, The Wall Street Journal, The Daily Telegraph, Wired Magazine, The Daily Mail, Reuters, The Guardian, Yahoo News, National Review, Business Insider, Daily Beast, Huffington Post, Vice News, Daily Life, and The Verge. A former Media Fellow at Freedom Factory Co. Ltd. in Seoul and co-host (with Casey Lartigue) of the podcast-show North Korea Today, she has studied criminal justice at Dongguk University in Seoul and is currently a student at Columbia University in New York. Ms. Park is also a member of LiNK (Liberty in North Korea), a nonprofit organization that rescues North Korean refugees hiding in China and resettling them to South Korea and the United States.