Deeper in Debt or a Better Water Policy? Voters Will Decide in November: News: The Independent Institute

In November, California voters will decide the fate of a proposed $7.5 billion water bond, Proposition 1. Rather than approve more debt, voters should pressure governments at all levels to end policies that encourage urban and agricultural water waste. Consider rice, though these problems apply to other crops.

California is the second-largest producer of rice in the country, thanks to massive government subsidies. According to the Organization of Economic Cooperation and Development, rice is the most heavily subsidized crop in the United States, with government assistance providing half the income of U.S. rice farmers. California rice farmers took in subsidies totaling $2.6 billion from 1995 through 2012.

Subsidizing rice production results in massive water use. California rice farmers use 3 million acre-feet of water each year—the equivalent of a third of the water used by all urban Californians. Rice farming in water-scarce California is profitable only because of crop subsidies and underpriced water from government water projects. Almost half of California rice is exported, so in effect about 1.5 million acre feet of California’s water is being shipped overseas in the form of subsidized rice.

For those California rice farmers who want to conserve water by fallowing their land, regulations and lawsuits can make this hard to do. Rules restrict how much farmland in any county may lie fallow. And environmental regulations protecting the Giant Garter Snake and other species that live in man-made rice paddies can impede fallowing. The Center for Biological Diversity threatens to sue farmers who jeopardize the snake’s habitat, further incentivizing farmers to irrigate and grow.

Some farmers have also taken advantage of the federal Environmental Quality Incentives Program, which subsidizes purchases of more efficient irrigation pipelines and sprinklers. But researchers at the University of California, Davis, concluded in 2013 that farmers receiving subsidies under the program actually consumed more water because farmers use some of their water savings to irrigate more acres or grow thirstier crops. New Mexico State University researchers concluded: “Policies aimed at reducing water applications can actually increase water depletions.”

Rice farmers have neither the incentive to stop growing their crops because of lucrative subsidies nor, in some cases, the freedom to do so because of regulations and lawsuits. Government agencies subsidize water waste in some parts of California while decrying the lack of water in other parts.

Other water-intensive crops in California include alfalfa, almonds, apples, corn, cotton, pecans, pistachios, and walnuts. Corn and cotton, more suited to be grown elsewhere, receive hefty subsidies and alone consume 4 million acre-feet of California’s water annually, the equivalent of almost half the water used by all urban Californians. Unfortunately, water waste is not confined to the fields.

California has 42 communities that still do not meter water use fully. The Sacramento region has more unmetered water connections for homes and businesses than any other California community. The city of Sacramento is 49 percent unmetered. For a flat fee, unmetered customers can use as much water as they want.

Unmetered communities use 39 percent more water per person than the statewide average. In contrast, water metering incentivizes conservation. Fresno experienced a 22 percent drop in water use per person after installing meters.

California has a policy problem disguised as a water problem, and approving a $7.5 billion water bond will not fix this. Californians should insist that lawmakers dismantle irrational government policies and politically motivated subsidies that incentivize waste. California can find a better way forward through metering and market pricing of crops and water. 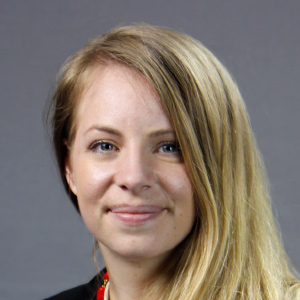 RELATED
Fine. Blame Ticketmaster for the Taylor Swift Fiasco, but Don’t Overlook the Fundamental Cause.
Can’t Get Taylor Swift Tickets? Blame Other Fans, Not Ticketmaster
Let Them Compete: Labor Markets Are Workers’ Friends, Not Their Enemies
There Are 8 Billion People. We Should Celebrate Superabundance, Not Lament ‘Overpopulation’
Enjoyment of the Upcoming World Cup Will Come at a Price
Diabetic Complications and Economic Fundamentals
Where Is the Free Market Utopia?
On Gas Prices, Simple Economics Trumps Biden’s Partisan Agenda
Like Soviets and Russians Before, China Is a Hollow Threat
‘Treason’ Goes Way Beyond Cato And Mercatus: Lots of Economists Oppose the Jones Act
CA Propositions 26 and 27 Are More about Protectionism than Gambling
Brazilians Try to Decide Which Is the Lesser Evil