In 1996, in commemoration of the one hundredth anniversary of the modern Olympics, the German government issued a set of four stamps. One of these celebrates Alfred and Gustav Flatow, cousins, who were gold medalists in the 1896 Olympics. Alfred took the first in the parallel bars and with his cousin also won gold for the German team’s overall performance.

In 1932, Alfred Flatow registered three handguns, as decreed by the harsh gun control laws of the Weimar Republic that were drawn amid the violence and chaos of the aftermath of World War I. The Weimar Republican grew out of the ashes of the Great War. Perceived as an institution imposed by Germany’s enemies, Weimar lacked political legitimacy and was vulnerable to insurrection.

The first assault on the Republic, however, came not from the right but from the communist left. Under the leadership of Rosa Luxembourg and Karl Liebknecht, the German Communists attempted to overthrow the government by armed struggle. The fragile government mobilized the Freikorps, undisciplined militias composed largely of veterans. The Freikorps brutally put down the communist insurrection and murdered its leaders. The Communists had also seized the government in Bavaria and the Freikorps succeeded in vanquishing them.

Hoping to stem further attacks on the state, the liberal Weimar Republic imposed Draconian gun control laws that made it punishable by death to carry a gun. The brutal and undisciplined Freikorps were given the task of enforcing these laws and did so with alacrity, even murdering nurses who carried firearms for protection against rape amid the post-war chaos.

The Weimar Ministry of the Interior made gun registration mandatory. The overall intention of the gun control laws was to disarm those who were making war against the state and each other. Inspired by gangster violence in Chicago, the Nazis and the Communists loaded up cars with thugs armed with Tommy guns and invaded each other’s neighborhoods.

Like most attempts at gun control, the policy failed. Neither the Nazis nor the Communists gave up their guns, but law-abiding citizens like Alfred Flatow did and bore the consequences. Although the Weimar Ministry of the Interior worked to assure registrants that their information would remain safe, this proved to be an empty promise. When the Nazis took over in 1933, the information was culled for registrants who were deemed “enemies of the state,” a euphemism for Jews, communists, and other political opponents.

Gestapo legal adviser Werner Best proposed to execute Jews who were found in possession of firearms. He had both ample precedent and experience to draw upon from the harsh gun laws and their brutal enforcement in the Weimar Republic.

In 1938, in preparation for Kristallnacht (November 9-10, 1938), the Gestapo used the Weimar gun registration records to disarm Jews and focused on Jewish gun owners for deportation to concentration camps. Alfred Flatow fled Germany for the Netherlands, but when the Nazis invaded the Netherlands, in May 1940, Flatow was on the Gestapo’s list.

Flatow was arrested and sent to Theresienstadt Concentration Camp, where he died from starvation on December 28, 1942. His cousin Gustav died in the same camp three years later.

Throughout their conquest of Europe, the Nazis encountered armed resistance by those who refused to accept defeat. Even the pitifully armed Jews of the Warsaw Ghetto put up meaningful resistance, as did the Jewish Bielski partisans in the forests of Byelorussia and Poland. Among the conquered people of Europe, where there were arms and munitions there were partisans who continued to fight.

Only in Germany was there no armed resistance, other than what came from the military. Would armed resistance on German soil have made a difference? No one can answer that with any certainty, but clearly it was a formidable concern for Werner Best and his Gestapo henchmen. Without arms there was no hope of meaningful resistance.

The issue of an armed populace resisting tyranny is why the Second Amendment exists. It was not written to promote hunting or target shooting. It was written to keep a check on tyrants both foreign and domestic.

A new book, Gun Control in the Third Reich, analyzes the manner in which the Nazis capitalized on the strict gun control policies of the Weimar Republic and used those policies to consolidate power and render the political opposition defenseless and the Jews hopeless.

It is far too facile to dismiss any comparison between the rise of Hitler and a threat from analogous policies in a viable democracy. As scholar Stephen P. Halbrook notes, historians have failed to see gun-control policies as the prelude to the rise of tyranny, even in Nazi Germany.

The Weimar Republic, despite problems in legitimacy and economic strangulation by the victors of World War I, was a struggling democracy with liberal principles. Its leaders thought that their policies of gun control would end the street violence between radical groups and promote political stability. The Weimar ministers did not comprehend that their gun control policies would pave the way for tyrants to direct and remove the political opposition.

Hitler came to power without ever winning a majority vote. His own electoral results paled in comparison to those garnered by President Paul von Hindenburg, and the Nazi party itself never received more than 37% of the vote. In the last free and fair German parliamentary elections of November, 1932, the Nazis actually lost 34 seats. Through orchestrated chaos and the incompetence of others, Hitler was appointed Chancellor of Germany. He stayed in power by eliminating future elections and preventing armed struggle against the regime. The fragile democracy of the Weimar Republic had created a tyrant, who now abused the pledge Weimar had made on the secrecy of gun registration.

Any real analysis of the rise of the Third Reich should contribute to our own debate over gun control, but of course, that is a pipe dream. When it comes to guns, the lines are tightly drawn. If you are among those who believe that you do not need a gun and no one else should have one, then there really is no room for debate. In this country, John Lott, Jr., through decades of exhausting empirical research, has shown that guns save lives. Yet, Lott’s work hardly gets mentioned in the policy debate.

Jews, who should look at the Battle of the Warsaw Ghetto and understand the value of resistance for the sake of preserving the dignity of the human spirit, are all too prone to utter the fatalistic Yiddish adage that translates as—if it comes to this, nothing will help. In other words, when I will need a gun it will not do any good.

Such sentiments, in the light of Jewish history, are appalling, as are the attitudes that liberal Jews generally bring to the gun control debate. I am reminded of my great aunt Sifra, who stood nearly six feet tall and fought with the Bielski partisans. She died fighting; it was a noble death. She died a warrior’s death, not an anonymous death as a nameless, faceless victim. That is what separates a hero from a victim. That is the difference a gun makes.

Abraham H. Miller is Professor Emeritus of Political Science at the University of Cincinnati.
Government and PoliticsGun ControlLaw and LibertyPolitical History

To Bear Arms for Self-Defense 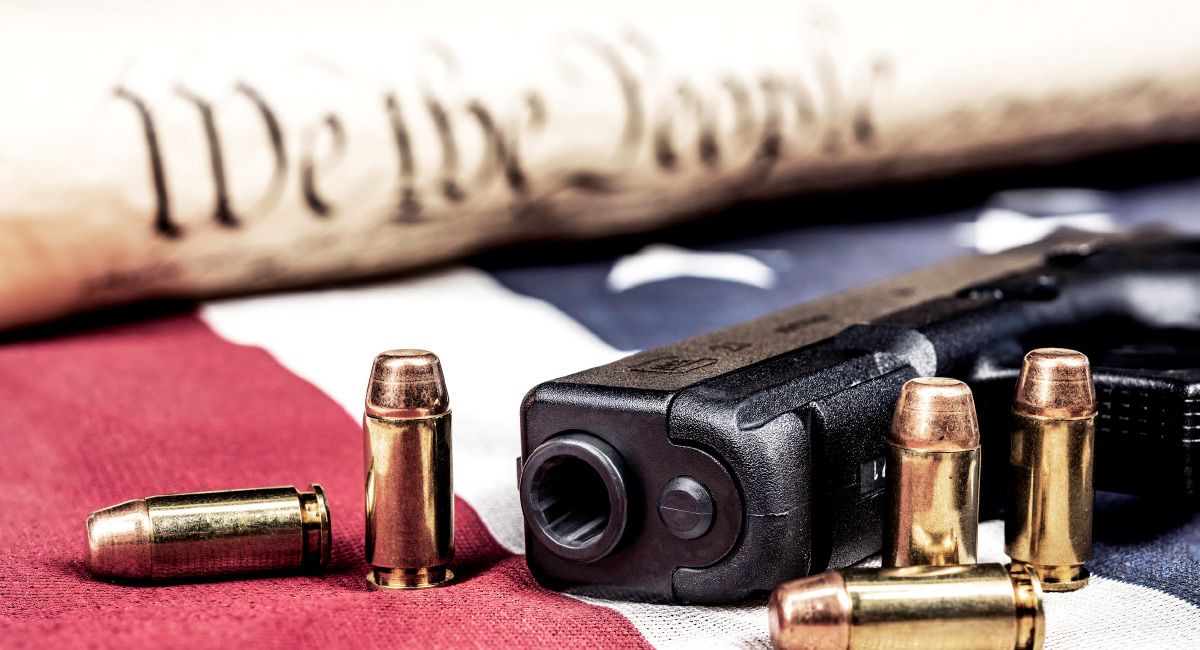 To Bear Arms for Self-Defense

Coronavirus and Our Resilient Federal System