←  ABOUT US
About
›
Person Detail
Abraham H. Miller 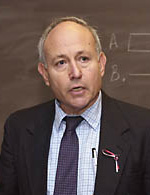 Abraham H. Miller
Abraham H. Miller is Professor Emeritus of Political Science, University of Cincinnati and a former counterterrorism consultant to the National Institute of Justice. An authority on ethnic politics and political violence, he is the editor of the book Terrorism and Hostage Negotiations (1980) and the author of two novels set amidst the political and social turmoil of the Windy City in the 1950s and 1960s, Vorshavsky: A Chicago Story (2007) and Fourteenth Street: A Chicago Story (2012).
Article
Gun Control, the Jews, and the Third Reich
Commentary Nov. 20, 2013