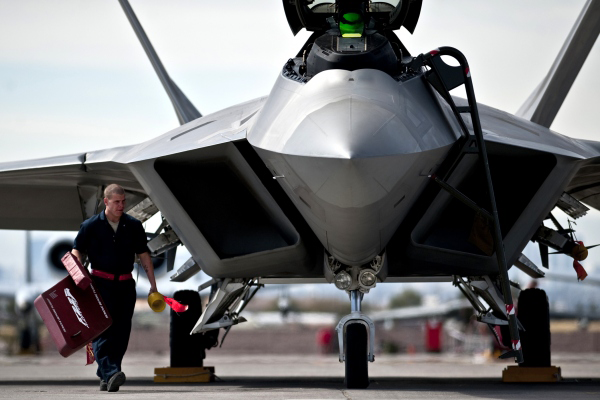 The most prominent effect of a major increase of money in the defense budget since 2001 has been decay in our forces. It has consisted of fewer combat units (such as Air Force squadrons and battleforce ships), aging of our major weapons inventories, and declining readiness of fighting personnel, such as pilots and tank drivers. It has actually been occurring for decades, as some insightful people have been pointing out for a long time.

Most defense analysts are oblivious to all that, or they deny the shrinkage at increasing cost has meant decay. Our shrunken, more expensive forces are more high tech and therefore more effective than ever before, they argue. Some of the more voluble advocates of this conventional wisdom argue that high cost is excused on the premise that nothing is too good—by that they mean expensive—for the troops.

However, in the American political-military system a double game is played: even though apparently high, the actual cost of weapons is far more than what the public is told; while simultaneously, the actual performance is less—sometimes astoundingly less.

The quintessence of the best possible hardware being regrettably, but necessarily, expensive is the F-22 fighter/bomber. Described as an “exponential leap in warfighting capabilities” in the Air Force’s own factsheet, the Raptor is an unmistakable emblem of American technological superiority. It is such a classic object of what politicians think is “pro-defense” thinking that presidential candidate Mitt Romney advocated putting it back into production during a campaign visit to swing-state Virginia.

There are, however, two sides to the F-22 story, regarding both cost and performance.

As to cost, that F-22 fact sheet states a unit cost of $143 million for each aircraft. While this amount is shamefully high for any fighter aircraft, it is also a gross understatement. It ignores the following –

Counting most but not all of these costs, GAO estimated the F-22 unit cost at $412 million, each (almost three times what the Air Force’s fact sheet cost).

The total cost to the taxpayer for each F-22, including acquisition and operating costs, would come to over $770 million per aircraft in today’s dollars.

For that gigantic total ownership cost, we may be getting something less than the extraordinary performance implied by the term “fifth generation” that the Air Force uses to describe the F-22′s performance. That term usually applies to four features: stealth, super-cruise, long-range air-to-air combat, and extraordinary agility in a close-in dogfight.

Let’s examine each of them:

That disappointment was prominently justified when German pilots flying Eurofighter Typhoons successfully engaged the larger, heavier F-22 in visual range mock dogfighting last June. While the Typhoon itself is no bargain and is not exactly small and highly agile, the articles describing these exercises came as a surprise to many in the U.S. aviation community. They should not have.

Perhaps, the F-22′s biggest disappointment may be in its most important dimension: how well the Air Force has supported its own F-22 pilots. Because the F-22 is so expensive to fly and difficult to maintain, its pilots get too few hours in the air to train. Reports make it clear that they get only from eight to 10 hours of in-air training time per month. That is less than half of what fighter pilots received in the 1980s, and it is less than a fourth what Israeli pilots received when they were at the height of their skills in the past. It is surely a major factor in the disappointing F-22 dogfighting performance against the German Typhoons in June, along with the basic cost, performance and maintenance characteristics of the F-22.

There is second burden the Air Force has imposed on its F-22 pilots: a controversy has raged over how safe the F-22 is to its own pilots and ground crew. While powerful toxins populate the source regions of the F-22’s oxygen system for its pilots, the Air Force has asserted that such “contamination” has nothing to do with the physiological problems pilots have been experiencing. Instead, the Air Force has identified a valve and an associated pressure vest as the source of the problems F-22 pilots (and ground crew!) have been experiencing during—and after—flights. Close observers of this controversy are skeptical that the Air Force is taking the proper care to protect F-22 pilots from likely toxic contamination. Already two pilots have been killed in accidents where those toxic effects are possibly at play, even if the Air Force went to great lengths to virtually blame the pilots for their own deaths.

The history of aerial combat shows pilot skill to be the dominating factor in determining who wins. And yet, the Air Force has decided it cannot afford to give F-22 pilots sufficient time in the air to train, and it requires pilots to train in an aircraft that is not free of potential toxic effects. F-22 pilots are not given every advantage, physically and mentally, to succeed in an extraordinarily physically demanding and technically challenging combat environment. Regardless of whether the F-22 is or is not the world-beater the Air Force claims, that it treats its pilots in the manner it has is not the sign of a first-rate military organization. 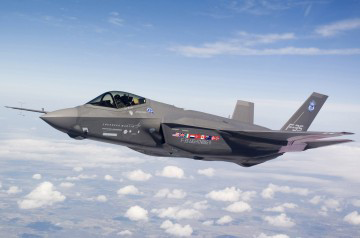 President Obama has an answer to all the F-22 cost and performance problems: the F-35. If you think that is a solution, you are not paying attention.

Less training for F-22 pilots and a potentially toxic environment in an airplane that cannot vastly outperform older, cheaper “legacy” aircraft is just one example of the high cost technological bloat that clogs our armed forces. Other examples include, but are hardly limited to, the hapless Littoral Combat Ship, the unaffordable F-35, missile defenses that fail even in cooperative testing, and high cost, low effectiveness Reaper drones.

Some contend all this creates the best military in the world, if not history, and something that people like President Obama, Senator John McCain and others can use against any other military in the world as if it were a “speed bump.” If the illusion were not so troubling, it would be amusing.