What Led to the Civil War?: News: The Independent Institute

The problems that led to the Civil War are the same problems today—big, intrusive government. The reason we don’t face the specter of another Civil War is because today’s Americans don’t have yesteryear’s spirit of liberty and constitutional respect, and political statesmanship is in short supply.

Actually, the war of 1861 was not a civil war. A civil war is a conflict between two or more factions trying to take over a government. In 1861, Confederate President Jefferson Davis was no more interested in taking over Washington than George Washington was interested in taking over England in 1776. Like Washington, Davis was seeking independence. Therefore, the war of 1861 should be called “The War Between the States” or the “War for Southern Independence.” The more bitter southerner might call it the “War of Northern Aggression.”

History books have misled today’s Americans to believe the war was fought to free slaves. Statements from the time suggest otherwise. In President Lincoln’s first inaugural address, he said, “I have no purpose, directly or indirectly, to interfere with the institution of slavery in the states where it exists. I believe I have no lawful right to do so.” During the war, in an 1862 letter to the New York Daily Tribune editor Horace Greeley, Lincoln said, “My paramount object in this struggle is to save the Union, and it is not either to save or destroy slavery.” A recent article by Baltimore’s Loyola College Professor Thomas DiLorenzo titled “The Great Centralizer,” in The Independent Review (Fall 1998) cites quotation after quotation of similar northern sentiment about slavery.

Lincoln’s intentions, as well as that of many northern politicians, were summarized by Stephen Douglas during the presidential debates. Douglas accused Lincoln of wanting to “impose on the nation a uniformity of local laws and institutions and a moral homogeneity dictated by the central government” that “place at defiance the intentions of the republic’s founders.” Douglas was right, and Lincoln’s vision for our nation has now been accomplished beyond anything he could have possibly dreamed.

A precursor for a War Between the States came in 1832, when South Carolina called a convention to nullify tariff acts of 1828 and 1832, referred to as the “Tariffs of Abominations.” A compromise lowering the tariff was reached, averting secession and possibly war. The North favored protective tariffs for their manufacturing industry. The South, which exported agricultural products to and imported manufactured goods from Europe, favored free trade and was hurt by the tariffs. Plus, a northern-dominated Congress enacted laws similar to Britain’s Navigation Acts to protect northern shipping interests.

Shortly after Lincoln’s election, Congress passed the highly protectionist Morrill tariffs. That’s when the South seceded, setting up a new government. Their constitution was nearly identical to the U.S. Constitution except that it outlawed protectionist tariffs, business handouts and mandated a two-thirds majority vote for all spending measures.

The only good coming from the War Between the States was the abolition of slavery. The great principle enunciated in the Declaration of Independence that “Governments are instituted among Men, deriving their just powers from the consent of-the governed” was overturned by force of arms. By destroying the states’ right to secession, Abraham Lincoln opened the door to the kind of unconstrained, despotic, arrogant government we have today, something the framers of the Constitution could not have possibly imagined.

States should again challenge Washington’s unconstitutional acts through nullification. But you tell me where we can find leaders with the love, courage and respect for our Constitution like Thomas Jefferson, James Madison and John C. Calhoun. 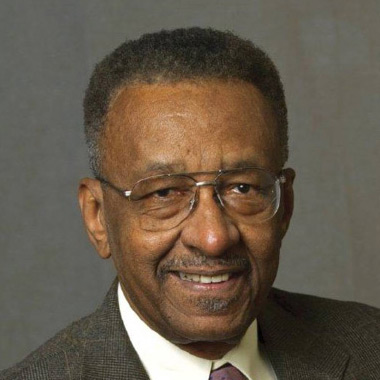 Walter E. Williams (1936–2020) was a Member of the Board of Advisors at the Independent Institute and John M. Olin Professor of Economics at George Mason University.
Constitutional LawDemocracyGovernment and PoliticsLaw and LibertyNationalismPhilosophy and ReligionPolitical HistoryPolitical Theory

RELATED
DOJ Dropping Case Against Chinese Researcher Will Encourage Spying
What Is Woke Really About?
Will We Be Allowed to Carry Our Freedom Where We Need It Most?
The NRA Was There
Due Process on Campus: Is It Improving or Declining?
Prices Have Work to Do, Even in Pandemics
Here’s Why the Utah-Led Antitrust Lawsuit Against Google Play Games the System
No, Inflation Isn’t Good for Workers 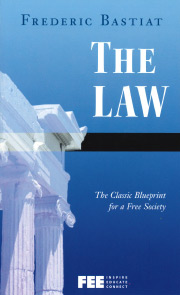 The Law
The Classic Blueprint for a Free Society